TIRASPOL, Transdniestria–Relations between Moldova and Transdniestria keep on deteriorating, Transdniestria’s acting Foreign Minister Vitaly Ignatyev said on Tuesday at a meeting with Special Representative of the acting OSCE Chairman-in-Office for the Transdneistrian settlement process, Radojko Bogojevic. 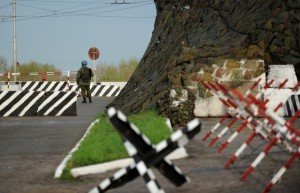 “The Moldovan side is seeking to evade contacts with Transdniestria,” he said. “Osipov [Moldova’s negotiator – TASS] keeps on refusing to take part in talks in the bilateral format citing Moldova’s having no government as a reason. The dynamics of meetings of joint expert groups is very low as well.”

He said the two sides have accumulated a lot of problems in their relations. The most pressing of them, in his words, were Moldova’s and Ukraine’s decision to install joint customs control at the border with Transdniestria and criminal prosecution of Transdniestria’s officials.

Moldova’s acting Deputy Prime Minister Viktor Osipov said on Monday the talks between Moldova and Transdniestria were failing to yield any progress due to a gap in the parties’ positions.

“Chisinau invited to discuss political issues, including a future status of unrecognized Transdniestria within Moldova, whereas Tiraspol says a certain atmosphere is needed for that,” he said after talks with Bogojevic.

“We consider it as a violation of our earlier agreements. It is inadmissible to lay any conditions for the beginning of talks.”

Bogojevic, for his part, noted that Germany, which takes over presidency in the Organization for Security and Cooperation in Europe (OSCE) in 2016, will be tasked to get Moldova and Transdniestria back at the negotiating table in the 5+2 format. He admitted that despite all the efforts, the Serbian presidency in the OSCE had failed to resume the settlement talks. He said he had arrived in Moldova to prepare an OSCE ministerial meeting due in December and to prepare the ground for Germany’s presidency, which would have to deal with that problem.

Talks in the 5+2 format, involving Moldova and Transdniestria as parties to the conflict, the OSCE as a mediator, Russia and Ukraine as guarantors and the European Union and the United States as observers, have been stuck for the second year. Only two out of five scheduled meetings were held in 2014. Earlier, Transdniestrian leader Yevgeny Shevchuk said that Tiraspol could resume the talks in the extended format only on condition relevant documents were prepared.

“I don’t see perspectives for holding a meeting in the 5+2 format unless expert groups prepare solutions that might ease the situation,” he said, adding that Moldova’s policy of pressure and economic sanctions “exerted jointly by Moldova and Ukraine” were hampering the negotiating process. 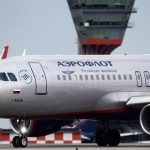 Ukraine to close its airspace to all Russian aircraftUncategorized 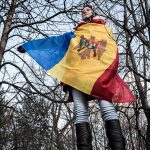