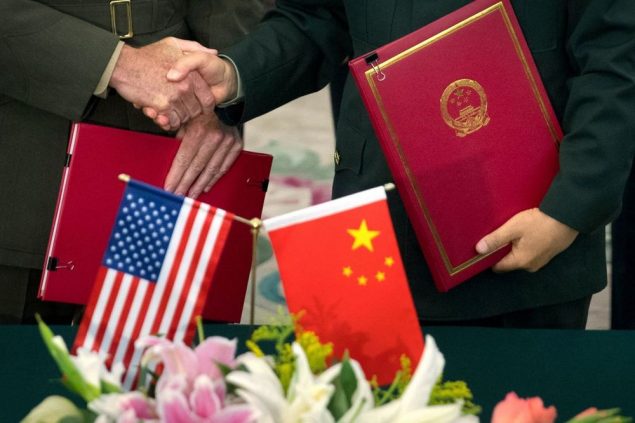 This article was finished before it was made public that the US side requested the phone call with China which led to agreement on the Xi Jinping-Trump summit. This information is in line with the analysis in the article.

US share markets rose sharply on news of the announcement that Presidents Xi and Trump would meet at the G20 summit – as the Financial Times simply summarised it ‘Trump plan to meet Xi on trade sends US equities sharply higher’. This was a welcome piece of goods news for President Trump after a period during which he had been receiving bad news both on the opinion polls for his re-election and for the US economy. Naturally there are many aspects of the planned meeting that only those involved in the negotiations will know, but it is worth noting the objective pressures which are now bearing down on Trump. 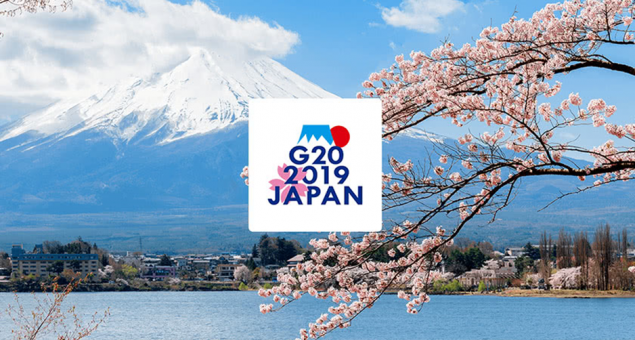 The first, and probably most important pressure on President Trump, was that opinion polls leading to the official launch of his re-election campaign on 18 June had been unfavourable for several months. Days before his official relaunch event his campaign dismissed three of his five polling advisers after leaks of internal polling showed the president had been trailing former Democrat Joe Biden in key states which would decide the outcome of the 2020 election – for example in Minnesota Trump trailed Biden 40% to 54% and in Michigan by 40% to 53%. Analysing 17 states, polling taken in March showed Trump trailing Biden by double digits in key swing states such as Wisconsin, Pennsylvania, Florida and Michigan. More recent polls on 9-12 June, released by Fox News, a strongly pro-Trump TV channel, showed Trump nationally trailing nine percent behind Democrat Bernie Sanders (40% to 49%) and ten percent behind Biden (39% to 49%).

In summary as the Presidential election campaign was launched Trump was trailing badly behind Democratic rivals. In that political situation, evidently, the prospects for the US economy in 2019-2020 were crucial for Trump.

Regarding these economic prospects for the US in 2019-2020 two substantially different perspectives for the US economy in 2019-20 had been put forward. The first, that of the Trump administration itself, echoed by some media in China, argued that due to the US tax cuts, or other reasons, the US economy would speed up in 2019 – which would evidently be good political news for Trump. In March 2019, in its official budget forecasts, the Trump administration projected 3.2% GDP growth in 2019 and 3.1% in 2020 – both faster than the 2.9% in 2018 and in line with President Trump’s claim that the US economy would grow at least 3% a year during his presidency.

Analysts who believe there will be a recession

Some important Western and US analysts believed that this slowing was so severe it indicated the US would enter a recession – that is at least two quarters of negative growth. For example, John Authers, Senior Bloomberg Editor for Markets and former Chief Markets Commentator for the Financial Times, made the following analysis on 18 June under the self-explanatory headline ‘Markets Are Acting Like a Recession Is Unavoidable’ with the subheading ‘It’s not just the bond market that’s signalling a severe economic slowdown.’

‘Would it be possible to explain what is going on in markets without making reference to the deteriorating U.S.-China trade relations? I am beginning to suspect that it would. Bond markets may be behaving as though they are bracing for something terrible to happen because traders are, indeed, scared that something terrible is going to happen.

‘Exhibit A is the Federal Reserve Bank of New York’s Empire State Manufacturing Index that was released Monday. It was terrible, showing the biggest monthly decline since the last recession…  it doesn’t drop this low for long without presaging a true recession to come.

‘Conditions for the U.S. trucking industry, often regarded as a leading indicator for manufacturing, look no better…. the FTR Trucking Conditions Index… combines several different factors about demand for trucking. Figures below zero show a risk of contraction.

‘Industrial metals provide another strong market-based recession indicator. The Bloomberg Industrial Metals Subindex suggests that the optimism on growth that accompanied the first year of the Trump administration has dissipated.

‘Looking at the U.S. stock market, we see the type of relative performance that would be expected in the run-up to a recession, even if the overall market continues to show robust performance…  Investors tend not to buy utilities on the scale that we have seen lately unless they are pessimistic. There are technical factors in the bond market that have driven the current deflation scare, but there do appear to be a number of factors pointing toward an economic slowdown.’

A slowdown not a recession

The analysis of the present author is that the view that the US economy will move into recession this year are exaggerated, for reasons which are analysed at length in my book ‘Don’t Misunderstand China’s Economy’.

US growth in 2018 was 2.9% – at the peak of the upswing of a business cycle. It would be an extraordinarily sharp decline, approaching the scale of the international financial crisis of 2008, for the US to fall from the peak of a business cycle to a recession in a single year. Conditions for such a repeat of the greatest financial crisis for 80 years, since the Great Depression, are not indicated at present. Instead a slowdown of the US economy, not an actual recession, will occur in 2019. The IMF itself projects a fall in US growth from 2.9% in 2018 to 2.3% in 2019 – I would estimate that growth could be slightly higher, but the IMF figure is not unreasonable. But what such a trend indicates is that the Trump administration’s claims that US growth would accelerate are false. Instead growthin 2019 would fall. And growth in 2020 would be lower than in 2019 – a serious issue for Trump as 2020 is an election year.

It is important not to exaggerate. It is still 17 months to the US presidential election. This means the bad polling numbers for Trump can still be overcome – but they are clearly a negative for him. While some US analysts project a recession in 2019, for the reasons given here it is much more likely that the US economy will slow in 2019 rather than a recession occur – although if the economy slows significantly in 2019 a recession in 2020 is entirely not impossible, which would clearly be ultra- negative for Trump. But even without an actual recession what this combination of bad polling numbers and economic deceleration does produce is clearly pressure on the Trump administration.

This is not the only factor in the situation, but it is clearly part of the background to the Xi-Trump summit at the G20.

Author’s Note: This article was finished before it was made public that the US side requested the phone call with China which led to agreement on the Xi Jinping-Trump summit. This information is in line with the analysis in the article.

This article originally appeared in Chinese at Guancha.cn.