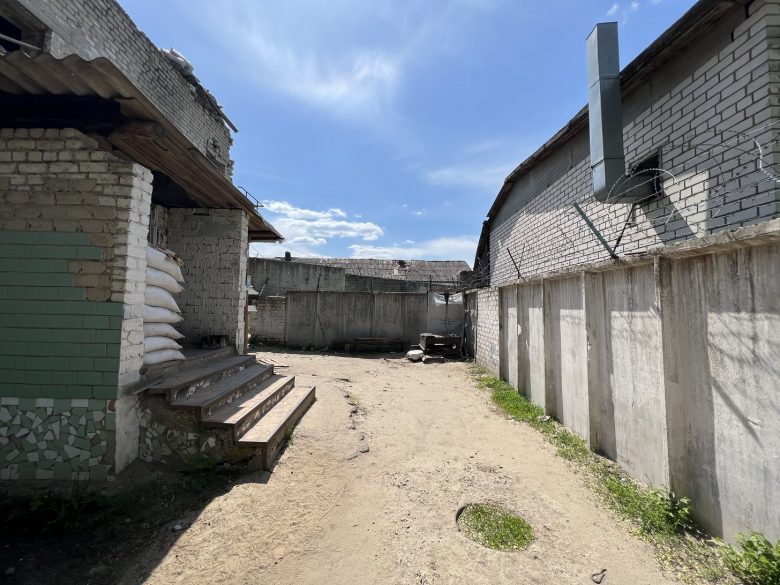 Until Russia’s “Special Military Operation,” and official entrance into the Donbas conflict in February of this year, Ukrainian forces occupied most of the territory to the north west of Lugansk city, past the Siversky Donetsk river and the town of Shastiya. Roughly 75 kilometers up the M21 highway from that line, in the outskirts of Starobilsk, is the village of Polovynyko, which locals and officials from the LPR Ministry of Foreign Affairs say soldiers in the Aidar battalion had taken control of by March of 2014.

Shortly after the U.S.-backed Maidan coup in the winter of 2014, in conjunction with Crimea’s secession from Ukraine and union with Russia in March of that year, protests began to break out in the Donetsk and Lugansk regions in the east of the country, known together as Donbas. In Donetsk, to the south, the now-notorious Neo-Nazi “Azov” Battalion emerged as the principal combatant force on the Ukrainian side; in the north, along the front lines in Lugansk, known since May of 2014 by anti-Maidan, Russian separatists as the Lugansk People’s Republic (LPR), the lesser-known, but possibly more ruthless “Aidar” Battalion was more prevalent. Even Amnesty International, an organization which is reliably in the corner of western informational hegemony, reported back in 2014 on the abuses of Aydar.

Until Russia’s “Special Military Operation,” and official entrance into the Donbas conflict in February of this year, Ukrainian forces occupied most of the territory to the north west of Lugansk city, past the Siversky Donetsk river and the town of Shastiya. Roughly 75 kilometers up the M21 highway from that line, in the outskirts of Starobilsk, is the village of Polovynyko, which locals and officials from the LPR Ministry of Foreign Affairs say soldiers in the Aidar battalion had taken control of by March of 2014. 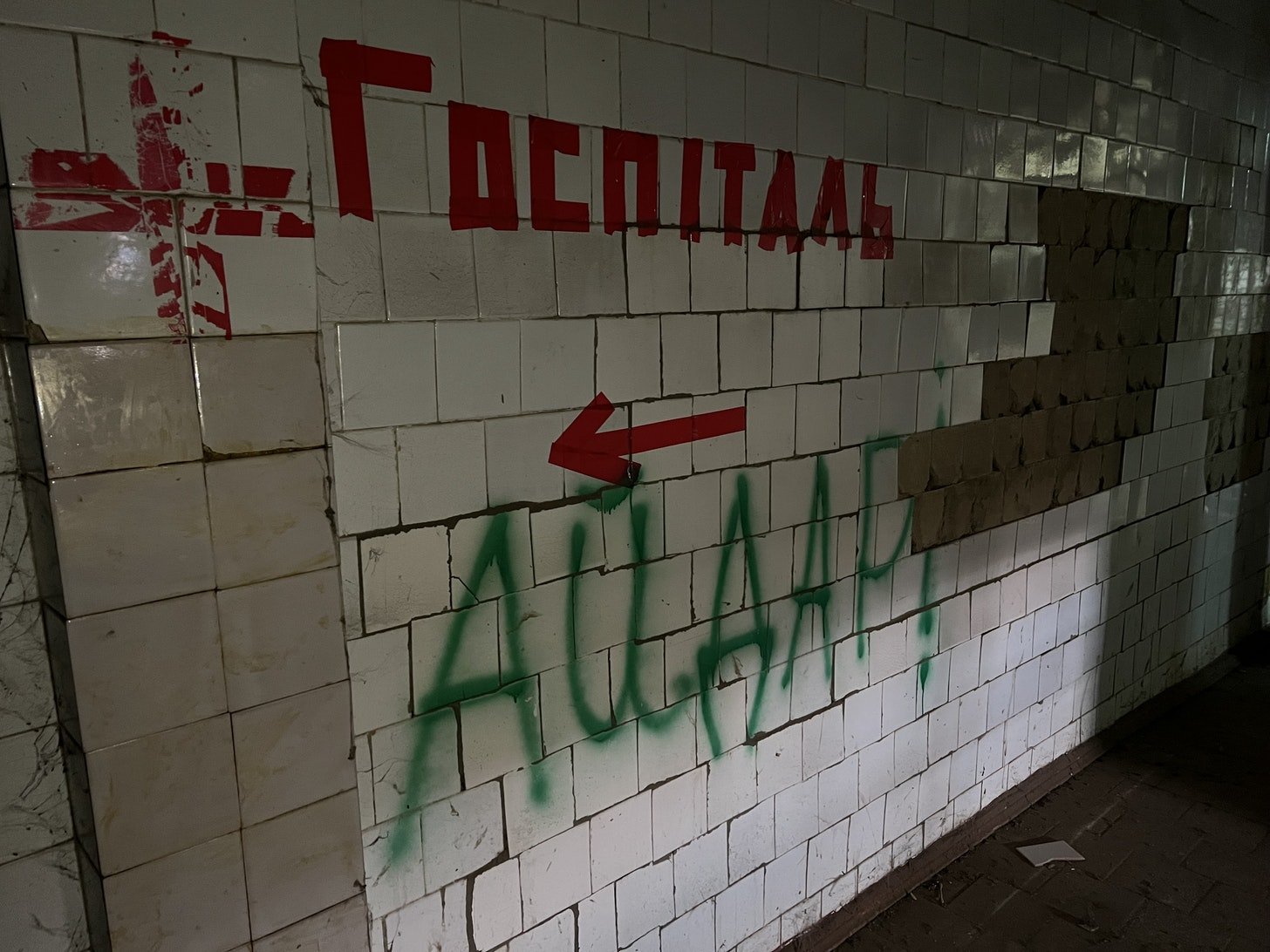 “Aidar!” seen written in graffiti on the walls of what was the barracks area of the converted plant

Shastiya resident Svetlana Konoploya, among the charter members of the LPR parliament, and now a representative for the Ministry of Foreign Affairs, told this author that those Aidar forces commandeered what had formerly been a sausage plant and smokehouse in Polovynyko, and converted it into a base, a weapons storage facility, and a military prison. I was with a convoy of journalists from 5 western nations when we met her there, along with other representatives from the ministry, and a former prisoner, on Wednesday.

Just past an LPR military checkpoint, we were led down a dirt road to a grim, walled-in concrete structure, swarming with barbwire, and heavily guarded by LPR soldiers. Ms. Konoploya, who had herself been detained for 85 days at another facility for helping secretly bury two separatist soldiers killed in battle, explained how “anyone who did not support the Maidan coup became enemies of the Ukrainian state,” and that many of those in the area who were vocal in their discontent, including, of course separatist combatants, were taken to this facility, incredibly reminiscent of a concentration camp. 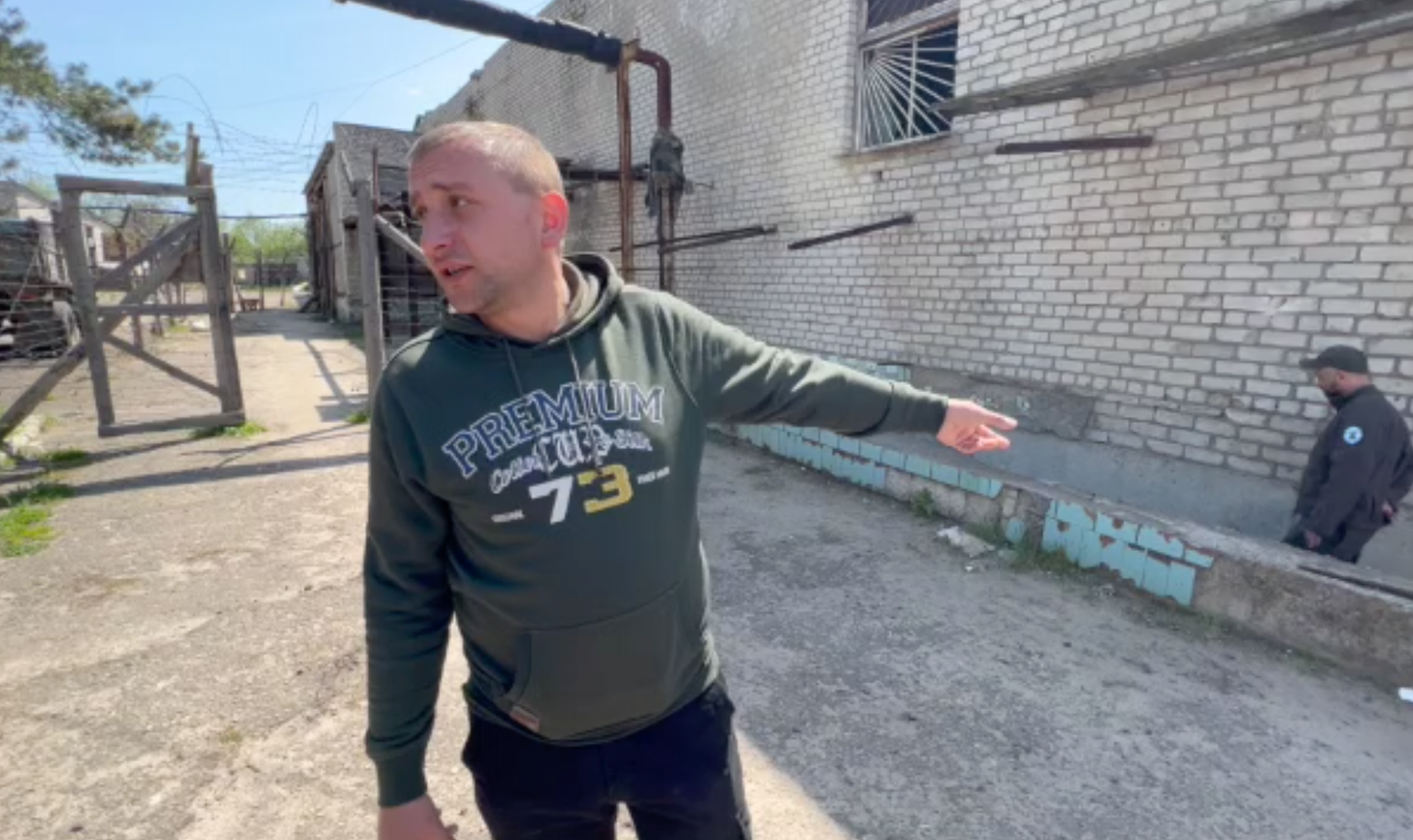 One such case was Ivan Maslov, a member of the Lugansk’ People’s Militia and native of Lugansk, the LPR capital, who was arrested in June of 2014 with his commanding officer and one other soldier after a firefight on a bridge. He told us that he beaten all night, and then transported in the trunk of a car to the sausage plant, where he and the other men were thrown into unimaginably small cells, two prisoners sharing dark, damp, cold spaces not much bigger than closets, formerly used as stoves for smoking meat. Ivan stood next to his former cell as he described his month of detention in these conditions, and the almost daily process of interrogation, humiliation, and torture.

“They beat me with their hands feet, and with rubber police batons that are banned in Ukraine. They would put our hands on chopping blocks and slam an axe down next to them. They electrocuted us with telephone wiring, and small generators.” 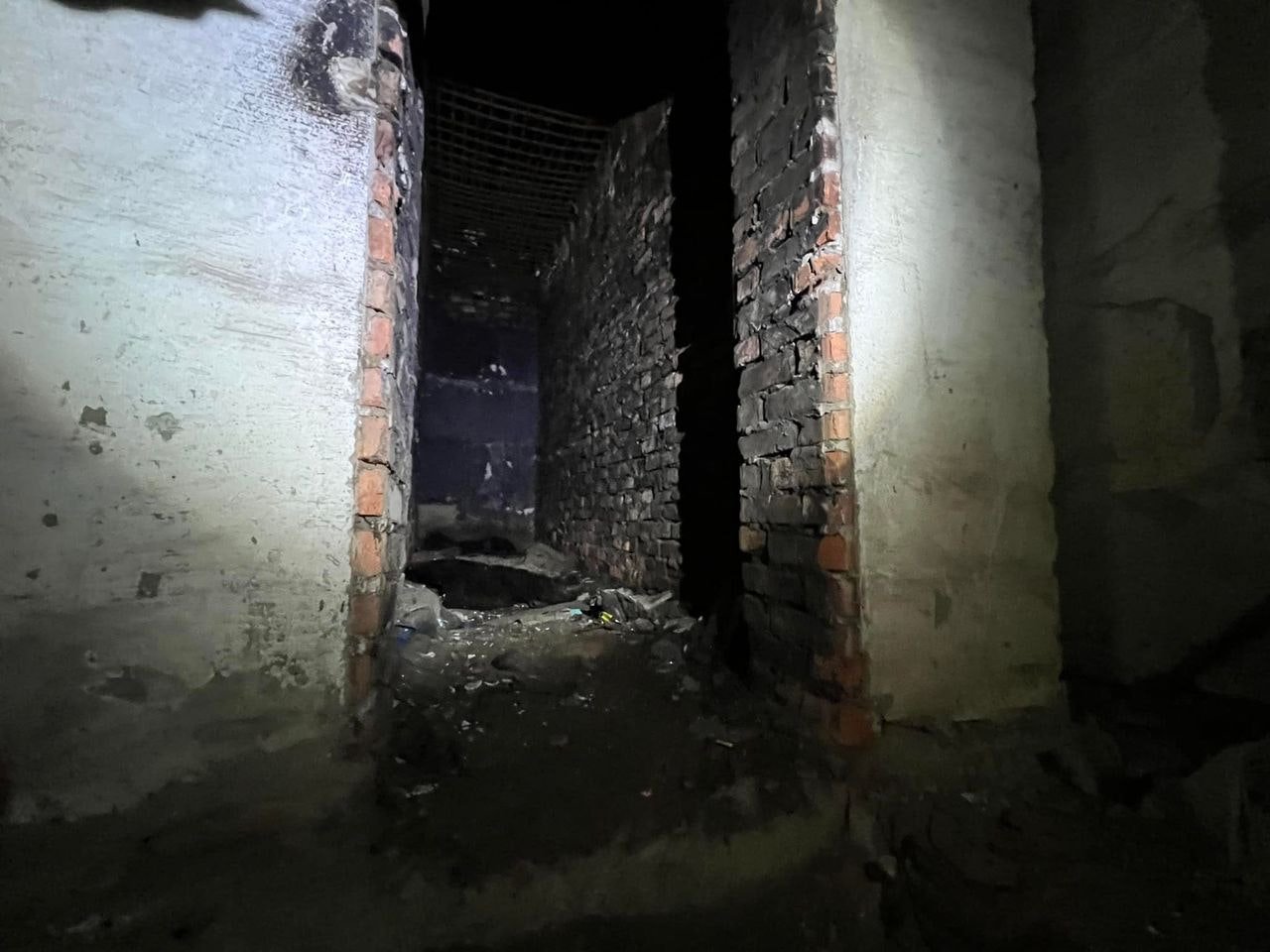 Ivan and his cellmate shared this space, day and night. They were fed through the grates in the ceiling

During his month of captivity, Ivan’s commanding officer died in an adjacent cell, where his body lay for three days, before disappearing entirely. Ivan believes that he was poisoned. He said that of the number of captives in the dungeon of six cells, who came in and out, most were in fact civilians, arrested on petty charges, or even less, for simple slander, or for the sake of extortion, “a businessman was in the next cell; his family paid to get him out. Another guy was arrested based on slander, and was kept here for over a month, in his shorts in this cold basement.” Ms. Konoploya stated that arrests were regularly made in order to extract money from prisoner’s family, or more often, for cars, the documents which were then transferred with the aid of government officials in Kiev.

In the room next to the dungeon, Ilya Podkolzin, also from the Ministry of Foreign Affairs, told us how multiple former prisoners claimed to have been subjected to mock executions, where they were told to stand against a wall, and then had machine guns fired above their heads and at the walls beside them. There were bulletholes all over the walls, and ricochet marks everywhere. “They were told this was a death room, that it would be their final walk,” he said. 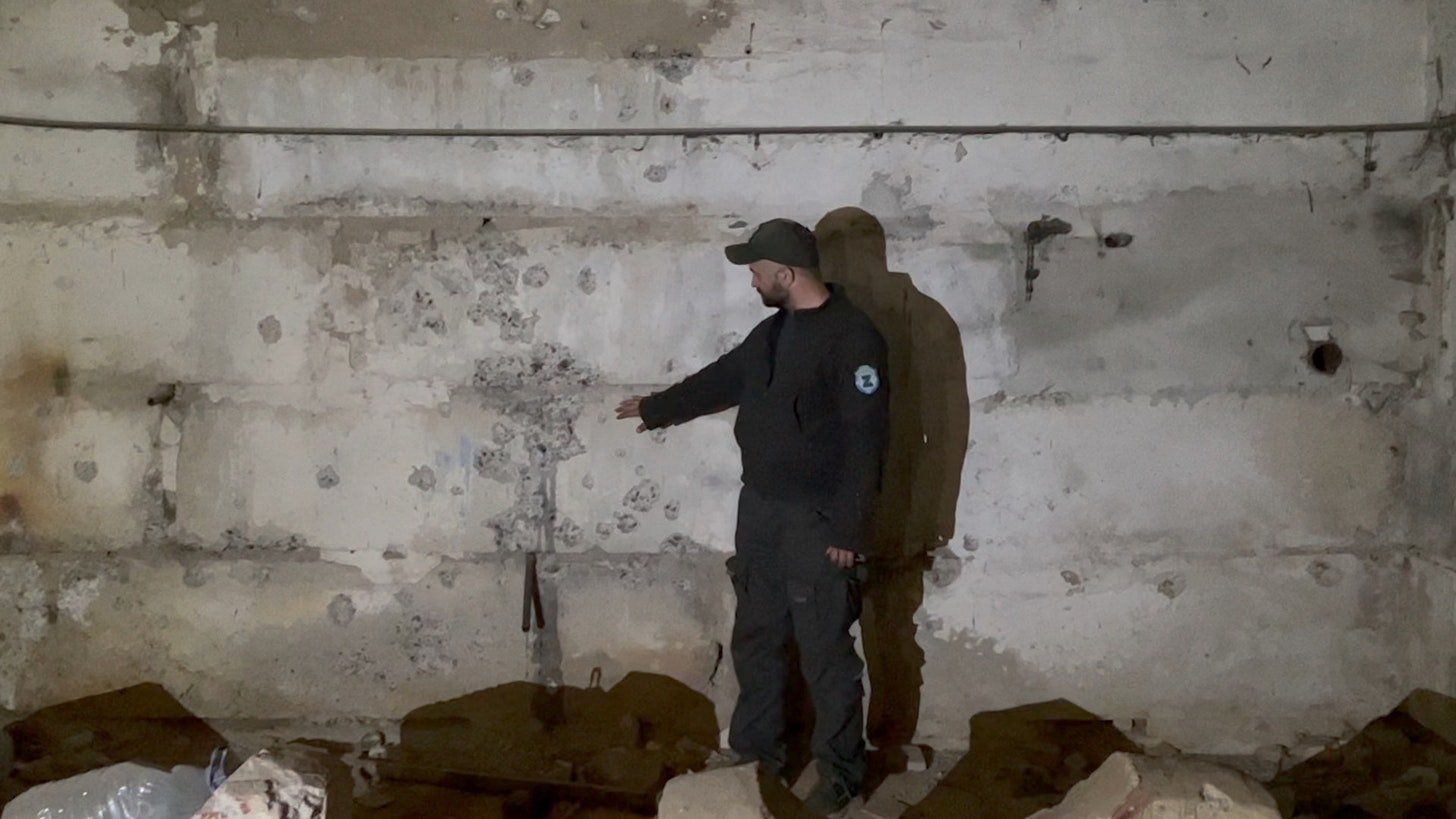 Among the number of harrowing narratives relayed to us, one particularly disturbing was that of a woman named Oksana, who Svetlana Konoploya said had been a close friend. She had been detained in the midst of a major advance into LPR territory, and was held for weeks, raped repeatedly, and left naked in her cell. Ms. Konoplyova told us, “she was beaten to such an extent that they decided she would not survive, so they threw her out into the village. But she survived, because she knew three children waited for her at home, and she spent her remaining months assisting others who were released from captivity.” After all of this, the woman died from respiratory complications, which her family believes came from her detainment in the prison.

Sergei Belov, of Lugansk, a liaison for the LPR government, asserted that multiple war crimes had been committed here and elsewhere in LPR during the conflict, and that regardless of when or how the war ends, the government intends to seek some form of prosecution. He told me that multiple letters were drafted by LPR authorities to the Kiev government, to various western (including American) humanitarian organizations, to the OSCE, to the Red Cross, and to the ICC at the Hague, but that no response was ever received. 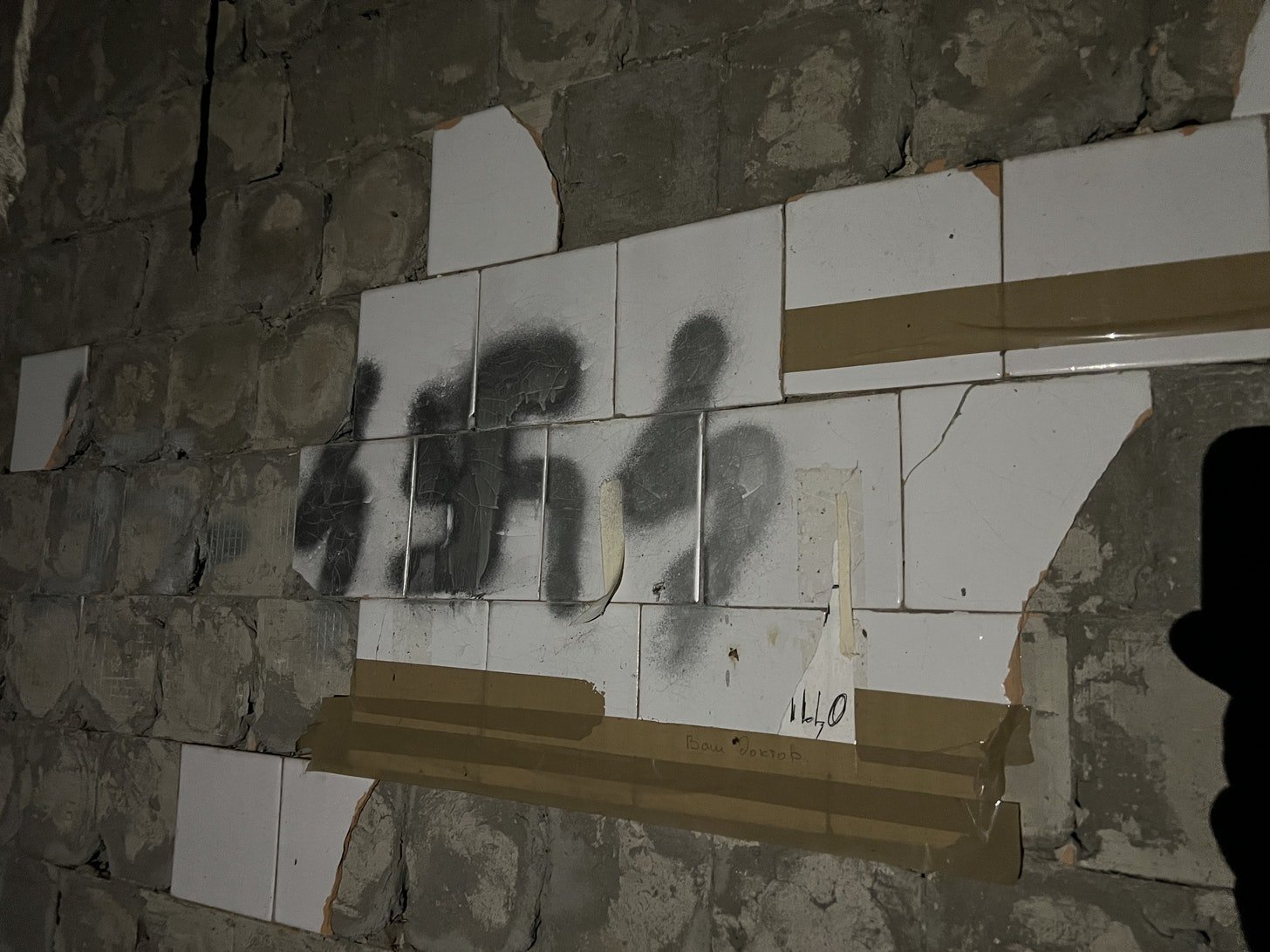 This Swastika and SS bolts were among the nazi symbols painted on the walls of the upper floor; it’s notable that the aging, and the removed tiles indicate that this was not done after Ukrainian forces vacated the building

Throughout the building, which was vacated by Aidar when Russian and LPR forces recaptured the nearby region in late February, were remnants of the nationalists who had occupied it as a base. This author saw swastikas were painted on walls, stickers with cartoons calling for the murder of Russians, pamphlets with crosshairs on the face of Russian President Vladimir Putin, along business cards with contacts for Kiev government legal advocates, food, medicine, and religious materials. One booklet, unbelievably, given the larger context, described how to “live the life of a Christian soldier.” 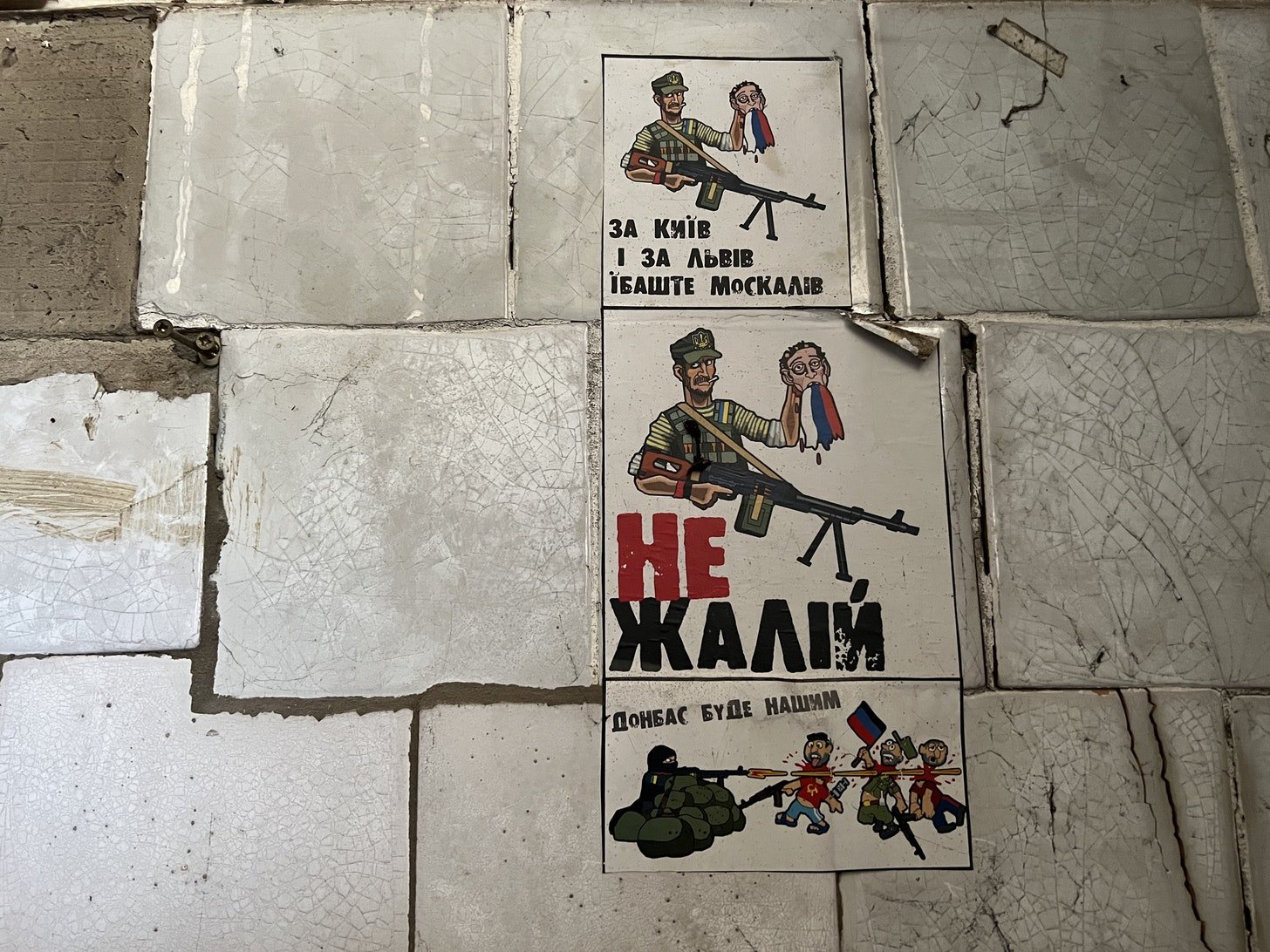 Stickers on the wall read, in Ukrainian, “For Kyiv and Lviv, Kill Russians” and “Donbas will be Ours”

The horrors of the prison operations were the main focus of the visit, but it was clear that many weapons had been stored here. An upstairs loft had visible mounted gun positions, and in the front drive lay the empty case of a Tochka-U rocket, commonly used against the Separatist Republics by Ukrainian forces.

After a week of visiting shelling sites in civilian areas on an almost daily basis, it was difficult to imagine seeing something more disturbing. Wednesday’s visit to the Aidar dungeon proved this assumption wrong, and reinforced the blatant reality of a Ukrainian regime that is overrun with nationalism, barbarism, and criminality, particularly in its armed forces, and most especially aimed at the people of Donbas.

After the prison, we went to the local clinic, where Doctor Dimitri Romanchuk, who had been designated to provide medical aid and post-mortem observation to prisoners, spoke to us. He said that he had regularly tended to patients from the Aidar base, that they were generally severely beaten, and that he had received a number of dead bodies, usually shot in the head. Per Dr. Romanchuk, some investigations were actually opened into these cases by Ukrainian police, but no serious prosecutions occurred, and those implicated were moved to other posts in different regions.

The Aidar battalion was made an official part of the Ukrainian military in 2016, and has participated in a number of Kiev state-sanctioned events, including last year’s independence parade.

This reporter was lucky enough to spend a few hours after the visit to the prison camp with Ivan, and the Foreign Ministry workers who had brought him out to speak with us. We shared a meal, tea, a touch of vodka. I thanked Ivan for being willing to return to such a place of horror, and asked him if it was difficult to be there. “No,” he said, “I’m desperate for the world to know what happened here. It makes me happy to come and do this.”

You can find video of my visit to the prison here: 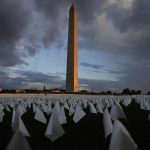 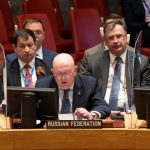 Statement by Permanent Representative Vassily Nebenzia at UNSC briefing on the situation in UkraineRussia, Ukraine, UN