Surely it is enough that Canadian politicians have taken sides in Ukraine’s bitter conflict. All three major parties in Parliament agree that Ukraine’s central government in Kyiv is heroic and that eastern rebels battling it are mere cats-paws of Russian President Vladimir Putin. Must we now punish any piano player who dares to dissent? 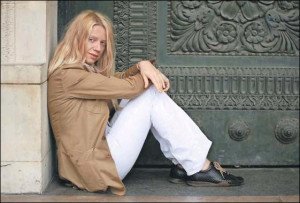 Apparently, the management of the Toronto Symphony Orchestra thinks we should. It has cancelled two performances this week by U.S. pianist Valentina Lisitsa, simply because it doesn’t like her position on Ukraine.

To be more precise, it doesn’t like the fact that other people might not like her position. As the TSO noted in a press release Monday, some Ukrainian “media outlets” have accused Lisitsa of using offensive language. For Toronto, the press release says, she is just too “provocative.”

As a concert pianist, 41-year-old Lisitsa is a rising force. When she played at Toronto’s Koerner Hall in 2012, Star critic John Terauds found her Chopin Nocturnes a little slow. But he declared her rendition of five Schubert Lieder “one of the finest shows of great artistry we have heard here this season.”

She is also a YouTube sensation with devoted fans. So it was no surprise that the TSO booked her to perform Rachmaninoff’s Piano Concerto No. 2 this week.

Nor did they seem to realize that the politically powerful Ukrainian-Canadian establishment finds these views outrageous.

In a Facebook posting this week, Lisitsa describes herself as someone who initially supported last year’s revolution in Kyiv, saying she hoped the so-called Maidan movement would rid Ukraine of its corrupt, oligarchic ruling class. But, she writes, she soon became disillusioned when the same oligarchs commandeered the revolution and, in her words, started to turn Ukrainians against one another.

Her critics, of which there are many, say she never supported an independent Ukraine and has always been a Russian stooge.

Neither side has been exactly polite.

Lisitsa is a dab hand at social media. It has been the secret to her success. As she told the London Telegraph three years ago, without YouTube she would have laboured in obscurity as “just another blonde, female, Russian pianist.”

But as the civil strife in Ukraine heated up, she took to Twitter for other purposes. In her words, she was providing the balance that the mainstream media failed to give.

To supporters of the Ukrainian central government, however, she was an abomination.

The Ukrainian Weekly, for instance, pointed to a tweet in which she juxtaposed a photo of Ukrainian nationalists donned in traditional, embroidered shirts with another of “spear-carrying, half-naked African villagers.” Her aim, the periodical said, was “to make Ukrainian patriotic feeling seem like barbarism and also, with the same brush, to smear Africans.”

The Ukrainian Weekly was also outraged when, in another tweet, she referred to Ukrainian President Petro Poroshenko as “cluster-bomber in chief.” And the publication was beside itself when she reprinted a cartoon depicting the Western media’s coverage of Ukraine as a daisy chain of individuals with their heads up one another’s rectums.

Critics also objected to a tweet regarding a battle in Eastern Ukraine in which she wrote “Kiev kills scores of civilians.” And they attacked her for observing that some who support Ukraine’s central government are neo-Nazis.

In retaliation, supporters of the Ukrainian government picketed her appearance last fall at Pittsburgh’s Heinz Hall. They carried signs suggesting she was a Nazi and calling her racist. The Euromaidan Press wrote that she supports “Russian terrorism.”

Buoyed by this success, the Ukrainian Weekly now has its sights set on two other Western concert performers deemed overly sympathetic to Russia. The ground war in Ukraine sputters on. The ideological purges here are just beginning.

Read also in the Toronto Star:
Banned pianist’s plan for free concert nixed by venue — and her replacement’s now out, too, by Martin Knelman, Entertainment Columnist, Toronto Star, print edition of April 8, 2015
Ukrainian-born pianist Valentina Lisitsa, whose appearance with the TSO was cancelled, had planned to play a free concert Wednesday at the Church of the Holy Trinity. But the church called if off, fearing violence. 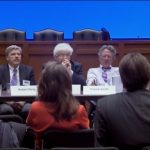 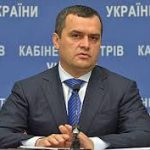