No one wants to break up a country. But, really, what’s left of it? 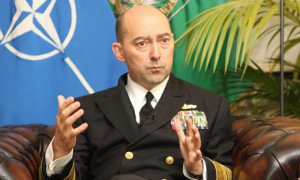 There may be a tentative cease-fire at present, but let’s not get carried away. The war in Syria is going nowhere fast. It staggers along, with daily violations and a rising body count — another vicious “problem from hell.” Estimates vary, but some observers now put the death toll in Syria at nearly 500,000 and climbing — roughly 2.5 percent of the prewar population. Close to 50 percent of the population is displaced. It is hard to think of a catastrophe of similar proportions since the end of World War II.

Some efforts to negotiate a solution have been undertaken, led by the indefatigable U.N. diplomat Staffan de Mistura. The real problem, of course, is that the major players are in sharp disagreement about a path forward: the United States and Russia disagree on Syrian President Bashar al-Assad’s future; Saudi Arabia and Iran are locked in a geopolitical and religious conflict across the region, with Syria as ground zero; Russia and Turkey are in bitter disagreement about tactical and strategic issues; and on and on.

What is increasingly apparent amid all this misery is that Syria as a nation is increasingly a fiction. It is utterly riven by the civil war that has raged for three years, and large chunks of it are ruled by disparate actors with no allegiance and often bitter enmity toward what remains of the sovereign state. Like Humpty Dumpty in the children’s nursery rhyme, the odds of putting Syria back together again into a functioning entity appear very low. It is time to consider a partition.

Yes, it’s a decision with many risks, downsides, and complications — and one that is generally shunned by the international community. But in the interest of providing a way to douse the flames of the conflict and enable negotiation, it should be on the table at Geneva as the parties go forward.

Syria’s borders, of course, were famously drawn in the early part of the last century, as the “sick man of Europe” — the Ottoman Empire — collapsed after World War I. Syria is not a long-standing civilization like Persia (today’s Iran), Turkey, or Greece. Part of the reasons it has descended into chaos (along with the brutal actions of the Assad regime, water scarcity problems, and the general upheaval of the Arab Spring) is that it is already divided along religious and ethnic lines.

Some observers have taken an initial look at a partition, which would probably include an Alawite region around Damascus, running to the sea, ruled by the Assad regime or its follow-on leaders. It would also have a central portion that hopefully over time would be run by a moderate Sunni regime, obviously after subduing the Islamic State and various al Qaeda factions. Finally, and most controversially, it might include a Kurdish enclave in the east. Obviously, the approach for a partition could range from a full break-up of the country (much as Yugoslavia broke up after the death of Marshal Josip Tito); to a very federated system like Bosnia after the Dayton Accords; to a weak but somewhat federated model like Iraq.

Certainly there are downsides, which need to be measured and set against the potential to achieve a negotiated solution. Partitions in general set bad precedents and appeal to small, disenfranchised minorities around the world, inflaming other potentially chaotic scenarios. They are also difficult to negotiate, requiring detailed knowledge of the human terrain in a failed state and carving out complex compromises that often leave no one satisfied and can plant the seeds of conflicts yet to come.

Additionally, neighbors can be opposed to the creation of enclaves that exert pull on their ethnic or religious minorities (Turkey worries deeply about a Kurdish state, naturally). And they are difficult to implement, because most of the parties are unhappy with some aspect of the final deal. Finally, partitions are cumbersome under international law, which generally sides with sovereign states and seeks to support existing unified territory. Generating support for a partition is difficult because many states (Spain, Turkey — not to mention Security Council members like Britain, China, and Russia) have minorities yearning for their own countries.

Next door to Syria, of course, is Iraq. There have been calls to partition that troubled state for decades, and a coherent case can be made that it would create better long-term outcomes. What makes Iraq different is plenty of oil resources that can be used to assuage the demands of minority populations and a system of federal government that is creaky but holding together thus far. Syria has neither, and totters on the abyss.

Despite the negatives, partitions can be used with good effect to move warring parties to opposite sides of the battle space. For a population that is already almost 50 percent displaced, frankly, there is not much to lose. A partition could provide a simple chance to leave a refugee camp or avoid a long and dangerous trek to an asylum state — in effect creating the elusive “safe zones” that the international community has yet to put in place.

Unfortunately, an immediate partition would effectively cede much of Syria to Sunni extremists. For this reason, Assad (with strong Russian backing) is unlikely to agree to a full partition. Thus, the most likely course would be a mix of a combined campaign to defeat the Islamic State and a federal system allowing a high degree of local autonomy. Presented as a package at a negotiation, this concept might move the situation off its gridlocked posture, much as similar ideas in Bosnia 20 years ago permitted the creation of the Dayton Accords.

In terms of introducing the idea in negotiations, it is premature until we at least give the cease-fire a chance to take hold for its short term, then see if it can be fashioned into a longer-term instrument. The idea is that if the parties can at least begin talking, they may be able to, over time, agree on a path toward a new constitution and fresh elections. Surfacing the idea of a partition, which Secretary of State John Kerry mentioned publicly recently (although he has since walked back somewhat), can help sharpen the talks while providing a fresh set of ideas for negotiators to consider if the current path falters.

Given the parlous state of the civil war, the mounting death toll, the utter chaos on the ground, and the ineffective progress using any other approach, at least thinking through the possibilities of using a partition approach in the course of the negotiations should be on the table now.

James Stavridis is a retired four-star U.S. Navy admiral and served as supreme allied commander of NATO from 2009 to 2013. His duties included the U.S.-led intervention force in Afghanistan. He was appointed to that post by U.S. President Barak Obama. He serves today as the dean of the Fletcher School of Law and Diplomacy at Tufts University. 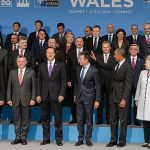 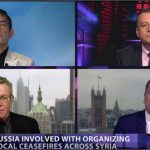