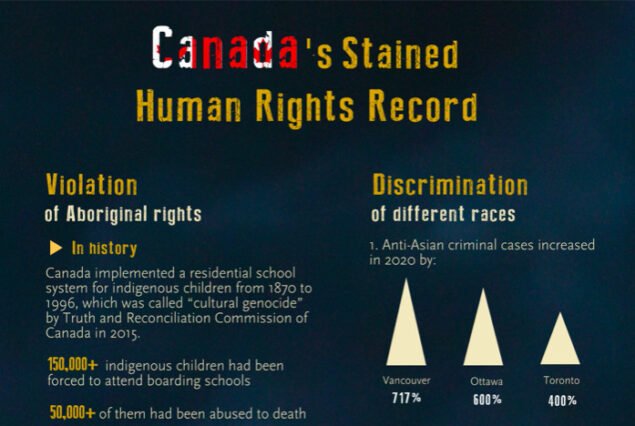 China, on behalf of other countries including Russia, Belarus and Iran, called on Tuesday at the United Nations (UN) Human Rights Council for an investigation into the discovery of the remains of 215 indigenous children in Canada at the site of a former boarding school.

China, on behalf of other countries including Russia, Belarus and Iran, called on Tuesday at the United Nations (UN) Human Rights Council for an investigation into the discovery of the remains of 215 indigenous children in Canada at the site of a former boarding school. 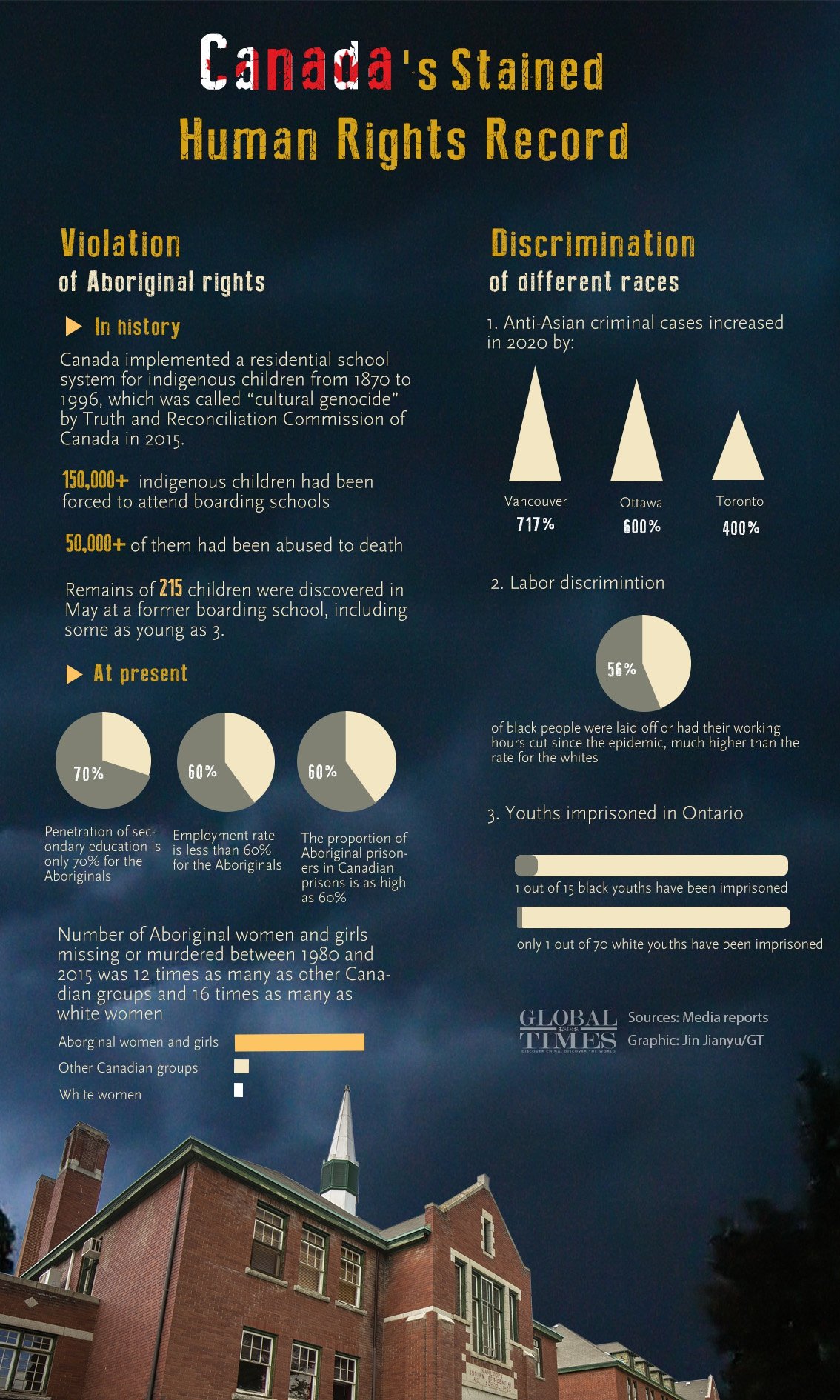 Facing the stain in history, the Canadian government did not show a sincere attitude. Canadian Prime Minister Justin Trudeau claimed on Tuesday that a “Canadian truth and reconciliation commission” had worked from 2008 to 2015 to address the mistreatment of the indigenous population.

It’s highly doubtful whether Canada can draw a fair conclusion and prove its “openness” by investigating itself. The Canadian government and Roman Catholic Church have shirked their responsibilities to each other, and most of the residential schools have not been thoroughly investigated. Does Canada have the sincerity and political courage to conduct a thorough investigation?

In addition to ignoring the crimes, Trudeau has the nerve to slander the so-called human rights issues in China’s Xinjiang when responding to China’s call in the UN. “Where is China’s truth and reconciliation commission?”, Trudeau claimed.

Trudeau’s accusation is totally untenable. Uygur people and their culture are fully protected in Xinjiang. China has invited foreign diplomats and UN officials to Xinjiang many times and held many video conferences to enhance understanding. Canada has continued to interfere in the human rights issues of developing countries based on its own so-called values. But Canada’s evil deeds have trampled on its own hypocritical value system and mankind’s common morality.

Among the remains of the 215 children found at the Kamloops Indian Residential School in British Columbia that closed in 1978, some were as young as three. Canada made some symbolic gestures on this: they ordered that flags be flown at half-mast on all federal buildings; observe a moment of silence in British Columbia’s legislature; set up 215 pairs of shoes along the steps of the Vancouver Art Gallery; and many Canadian people wear “Every Child Matters” T-shirts to show unity.

But none of these actions could bring any substantive help to resolve the issue; neither could politicians’ tweets such as “breaks my heart” give a fair conclusion to the unfortunate children. These moves are just “crocodile’s tears”, as Chinese Foreign Minister spokesman Zhao Lijian put it. There needs to be a thorough and impartial investigation.

After the discovery of the remains, experts from the Special Procedures of the Human Rights Council issued a joint statement on this, including the Special Rapporteur on the rights of indigenous peoples, urging Canada to launch full-fledged investigations

“We want to ask Canada when they will conduct an investigation on human rights violations against indigenous people? How will they compensate? When will they make measures to deal with systematic racial discrimination?” spokesperson Zhao asked on Wednesday.

“Countries, big or small, should have a common stand when facing such a heinous crime committed by Canada in the process of human civilization: Find out the truth through multilateral and joint investigations, and bring to accounts of human rights violation in history,” Yang said.

Symbolic expressions and apologies are not enough to resolve the remaining historical issues. The Trudeau administration tried to pass the buck to the Church and reduce the government’s historical culpability into trivial matters. The international community will never agree to this.