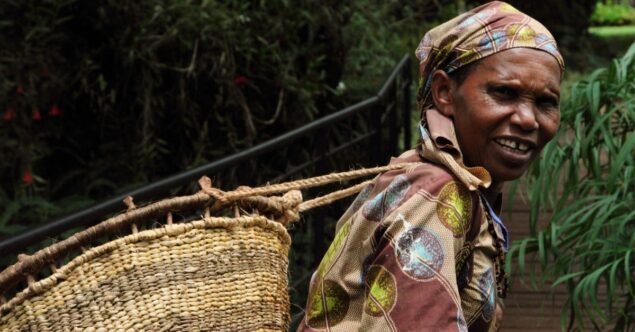 Jayati Ghosh is baffled that at a coming food summit the UN should partner with the World Economic Forum, not its own specialist agencies.

Climate change is posing immediate threats to humanity, and indeed to all living organisms on the planet, in extreme weather events across the globe. Other environmental stresses include rising water levels or falling water tables, desertification and salination.

Agriculture—especially industrial agriculture requiring chemical inputs—is cause and victim of these changes. Cultivation patterns such as mono-cropping, with heavy reliance on groundwater and chemical inputs, have reduced the food sovereignty of poor countries and generated growing environmental problems.

These, along with the impact of climate change, have affected food security and caused more severe and widespread hunger, so that the number of hungry people in the world started increasing in 2015. That’s the year when zero hunger by 2030 was declared a Sustainable Development Goal of the United Nations.

So when the very first UN Food Systems Summit meets this week, its biggest concern should be how to make the necessary changes in our food production, distribution and consumption patterns, to adapt them better to nature and make them more resilient. Obvious, right?

Apparently not. The growing fear among many stakeholders is that, instead of recognising the need for truly transformative strategies, the summit may end up legitimising and supporting corporate-oriented agricultural models which would exacerbate the problem.

The Food Systems Summit has been mired in controversy, right from the planning stage. The Rome-based UN bodies—the Food and Agriculture Organization, the World Food Programme and the International Fund for Agricultural Development—which have been sounding the alarm on the inequality within, and lack of sustainability of, global food systems were effectively sidelined. Instead, the World Economic Forum, an unofficial platform essentially representing global corporate interests, was made the partner—an extraordinary choice with little justification.

The summit itself is being led by the UN’s special envoy, Agnes Kalibata, president of the Alliance for Green Revolution in Africa (AGRA), which has been criticised for pushing a particular strategy on Africa without transparency or accountability. Fears have been expressed that this could simply become an opportunity for more fundraising for AGRA, which will soon be running out of money but has achieved little in the 15 years of its existence.

AGRA was launched in 2006 by the Bill & Melinda Gates and Rockefeller foundations. It was designed along the usual ‘green revolution’ lines—a mono-cropping model based on a combination of high-yielding commercial seeds, synthetic fertilisers and chemical pesticides, requiring lots of irrigation to increase yields per acre.

In the Asian region, this model produced medium-term outcomes which were mixed at best and have been associated with major ecological problems. But it certainly benefits the global agribusinesses that provide inputs and control the global distribution of crops.

This may be one of the reasons why this model was pushed on Africa, and persisted with. While AGRA itself has provided around $1 billion to 13 countries, several recipient governments have injected their own resources in the form of seed and fertiliser subsidies, to many multiples of that amount. These provisions have been well in excess of the funding devoted to agroecological cultivation.

But there is little to show for this spending. AGRA initially aimed to double the yields and household incomes of 20 million small-scale African farmers by 2020, and halve food insecurity in 20 countries through productivity improvements. While it subsequently scaled down its goals, it has provided no evidence of actual outcomes, and the Gates Foundation has steadfastly refused to reveal the results of an audit it is said to have conducted.

However, an independent academic study found almost no evidence of significant increases in small producers’ productivity, incomes or food security; instead, the number of hungry people in AGRA countries apparently increased by 30 per cent in the first 12 years of its operations. According to the UN, severe hunger has increased by 50 per cent in sub-Saharan Africa since AGRA was founded.

This is why farmers’ associations, civil society and faith groups across Africa have come out against the promotion of AGRA and demanded that more funding go towards agroecological strategies based on small farmers, which would be more equitable as well as more sustainable over time. Major experts on food issues who have worked closely with the UN system—including the special rapporteur on the right to food, Michael Fakhri; his predecessor, Olivier De Schutter, now special rapporteur on extreme poverty and human rights; and the chair of the High Level Panel of Experts on Food Security and Nutrition, Martin Cole—have even warned that the summit could further erode the UN’s public support and legitimacy. Several civil-society and farmers’ groups have decided to boycott it because of these concerns.

It seems obvious that the basic purpose of a Food Systems Summit in today’s world must be to ensure that everyone has access to sufficient nutritious and affordable food, and therefore does not go hungry or fall into unhealthy food-consumption practices; that this food is produced in sustainable ways, which take into account the limitations and growing constraints imposed by nature and do not create future ecological damage; and that small farmers, who do the bulk of cultivation in most of the developing world, are able to sustain themselves and their families and earn reasonable incomes through this activity. If so, then clearly the Food Systems Summit must move away from a strategy such as that of AGRA—instead of promoting, and seeking funding for, more of the same failed model.

These pressing issues are really too serious and urgent to be allowed to go unresolved. Humanity cannot keep on blowing up the few chances it has to save itself and the planet. 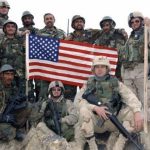 Lest We Forget: The Shocking Crimes of ImperialismAfghanistan, South Asia 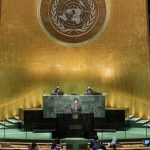