As part of the ideological offensive accompanying its increasingly aggressive foreign policy, the Canadian government is planning to build a huge memorial in the center of the city of Ottawa dedicated to the “victims of communism”. The proposal has been sharply opposed by many architects and urban planners in the city because its huge footprint would crowd the space and grounds of the Supreme Court of Canada. It would be located just west of Canada’s Parliament building on Wellington St. 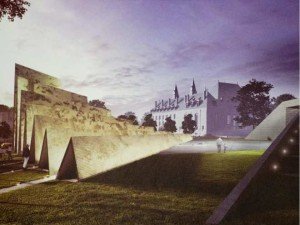 Concept drawing of the ‘victims of communism’ memorial in Ottawa

The federal government has rejected any and all criticism. Opposition parties in Parliament have supported the proposal but dispute its location.

Now a survey shows how unpopular the project is among Canadians. A poll by Ekos firm shows 77 per cent of Canadians who are aware of the project oppose it “in its current form”. Even 63 per cent of members of the governing Conservative Party are opposed.

Asked what should be done in the Ottawa region to improve national identity for Canada, only four per cent cited a “victims of communism” memorial. Thirty eight per cent want a grand national library. Thirty per cent want a memorial for historical injustices against Aborigianl people.

The Ekos report on the results of its poll is here. An article on the subject in iPolitics.ca is here.

“As long as we build one for the victims of oligarchy and their capitalist friends right alongside.”

“Let’s build a memorial showing the victims of democracy. Oh wait, I don’t think we have enough land for that. ” 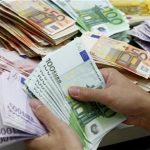 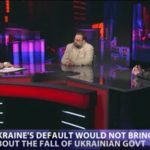