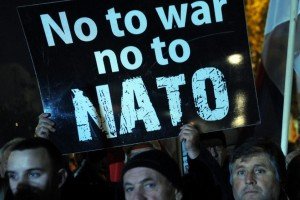 Ten days after Montenegro’s bid to join the North Atlantic Treaty Organisation was given the green light, thousands have flooded the streets of the country’s capital to protest the upcoming membership and remind people of lives taken during the NATO invasion of Yugoslavia in 1999.

Former Montenegrin President Momir Bulatovic and opposition leaders called the rally on Saturday in Montenegro’s capital, Podgorica. They gathered at least 5,000 supporters outside the parliament, according to the local Vijesti newspaper. The protesters held national flags while patriotic and pro-Russian chants ringing out from the assembled crowd.

Click here for video report of Dec 12 protest in Podgorica, on RT.com

Bulatovic, who was also prime minister of the Federal Republic of Yugoslavia from 1998 to 2000, told the rally that joining NATO would mean “blood of innocent people on our hands,” and emphasized his country had been against the alliance’s wars until recently. 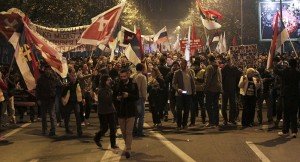 “What has Afghanistan done wrong, what has Iraq done wrong? Why has Libya been destroyed, what’s happening today in Syria? Can we close our eyes to that?” he said. He added that Montenegro’s ascension into NATO is strange, because “in 1999 NATO attacked Yugoslavia [and] bombs fell on Montenegro as well.”

“It’s impossible to erase such [actions] with an apology,” he said as quoted by Sputnik, adding that by letting his country in, NATO simply wants to have “a few more soldiers against Russia”.

The protesters chanted “Russia” as well as “NATO murderers” in reference to NATO’s war in 1999 against the former Yugoslavia, which took the lives of many civilians in the alliance’s nationwide bombing raids against what were called military targets. 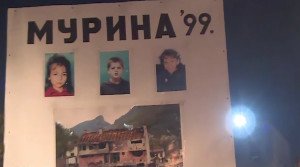 One of the placards raised by the protesters showed the faces of six civilians – including children – who died in NATO’s airstrike on the small Montenegrin village of Murino in May 1999. The village had no military significance, nor did it host any troops at that time. The bombing added further to the so-called “collateral damage” log of NATO’s war against the former Yugoslavia. No official apology or inquiry followed that incident.

Montenegro was offered NATO membership at the alliance’s summit on December 2. It was pushed forward by the current pro-Western President Milo Djukanovic. Montenegro remained part of a union with Serbia until 2006 and has since been actively integrating in EU and NATO structures. According to recent polling by the Podgorica-based Center for Democracy and Human Rights, 37 percent of surveyed Montenegrins oppose NATO membership, with 36 percent welcoming it. The country is home to 600,000 people.

Another anti-NATO protest took place in Montenegro’s capital earlier in October, involving as many 5,000 people who clashed with police after demanding President Djukanovic step down due to his pro-alliance stance.

View:
15 years on: NATO’s massacre of innocent children in Montengro village of Murino remembered, news report and interview on RT’s In The Now, May 1, 2014, with host Anissa Naouai 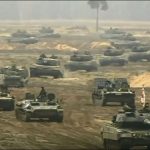 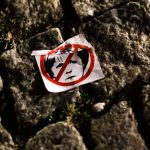