Police and right-wing paramilitary auxiliaries harassed and obstructed ceremony  in Kulikovo Square, across from House of Trade Unions, site of infamous Odessa Massacre two years ago.

Police in Odessa today blocked thousands of residents of the city as well as international observers from gathering yesterday on Kulikovo Square to commemorate the 48 victims murdered in a right-wing arson assault on the House of Trade Unions building in the city two years ago. The Square is located across from the entrance to the Trade Union House in the city center.

Ukrainian police and neo-Nazi paramilitaires stage show of force in Odessa on May 1, 2016, one day before commemoration of May 2, 2014 Odessa Massacre (screenshot from Odessa 1)

Thousands of police as well as members of the neo-Nazi ‘Azov’ paramilitary regiment were deployed in the city by the Odessa regional and Ukraine national governments to obstruct the commemoration. Police snipers were placed on rooftops.

Crowds tried to break through police lines to hold the commemoration at the entrance to the building. More than a dozen people were arrested by police, according to Ukrainian news reports.

The circumstances of the killings and the many injuries on May 2, 2014 have never been properly investigated. An official government investigation has been a farce and has earned harsh criticism from international human rights agencies, including by the Council of Europe [see Ukraine failing to probe protester deaths in Odessa (May 2014) and Kyiv (Feb 2014), restates European Council panel, Nov 4, 2015].

The Council of Europe was founded in 1949 and is the leading human rights organization of official Europe. It has 47 member states, including Ukraine. All of the member states have signed the European Convention on Human Rights, a treaty designed to protect human rights, democracy and the rule of law.

Worsening the non-existent investigation by Ukraine is the fact that more than a dozen anti-Maidan protesters who were arrested on the day of the tragedy are in jail facing criminal accusation.

Enclosed is a news report on yesterday’s events by the Russian news agency TASS.

Remembrance action held in Odessa for victims of May 2, 2014 massacre

House of Trade Unions in Odessa, morning of May 3, 2016 (photo from Slavyangrad.es)

ODESSA – An action of remembrance for the victims of the May 2, 2014 massacre in the House of Trade Unions in Odessa took place on Monday, but access to Kulikovo Square, on which the building is located, was still blocked at the time of reporting.

Participants in the action unfolded a large poster with the photos of victims of the massacre and laid flowers on a lawn in front of the entrance to Kulikovo Square.

There were representatives of different countries among the participants and this could be seen from the plaques they were holding, which said ‘France’, ‘Israel’, ‘Italy’, ‘Germany’, and so on.

The protesters would sometime hear ‘Fascism shall not win’, ‘Odessa is a Russian city’, and ‘Odessa remembers’.

Mothers and family members of the people slaughtered by neo-Nazis and ultra-rightwing radicals exactly on this day two years ago arrived at the site of remembrance. They brought black hot air balloons along with them. People asked the law enforcers to let them walk towards the House of Trade Unions but the latter was intransigent in refusing.

In the course of action, the mourners released white doves into the skies.

Nikolai Skorik, a member of the Ukrainian parliament representing the Opposition Bloc came to Odessa to the join the mourners on Kulikovo Sqaure, but he had to leave the action to avoid conflict with activists of nationalistic forces and football ‘ultras’.

After the official part of the action ended, people remained at the site and continued 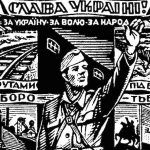 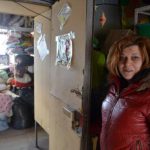