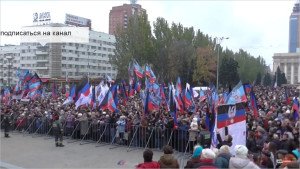 An estimated 10,000 people took part yesterday in the Flag Day celebration in the People’s Republic of Donetsk. The day-long event was held in the center of the city of Donetsk.

A report in the online Novorossiya Today contains many photos of the day as well as several video broadcasts. One video includes an excerpt from the remarks to the gathered crowd by Prime Minister Alexandr Zaharchenko of the Donetsk People’s Republic. He told the crowd, “Honorable citizens of the Donetsk People’s Republic, dear countrymen, when we rose to protect the honour and dignity of our people, we protected the colours of our flag also. Our flag is a holy thing for each citizen of the state, not depending on nationality or religion. It is the main symbol of the independence, sovereignty and unity of our people.” 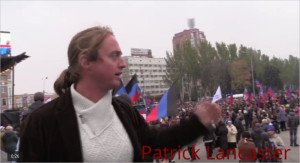 Following his remarks, Zaharchenko signaled for the unfurling of a large flag of the DPR that had been sewn by people across the territory’s republic. The flag measures  30 meters by 14 meters.

Videographer Patrick Lancaster has posted a four-minute report to his YouTube channel on the Flag Day celebration. Click here to watch the video or click on the screen below. He reports on the great hopes and expectations among the people in Donetsk that the ceasefire in place since September 1, 2015 will continue to hold and become permanent. 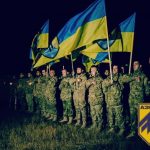 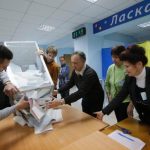