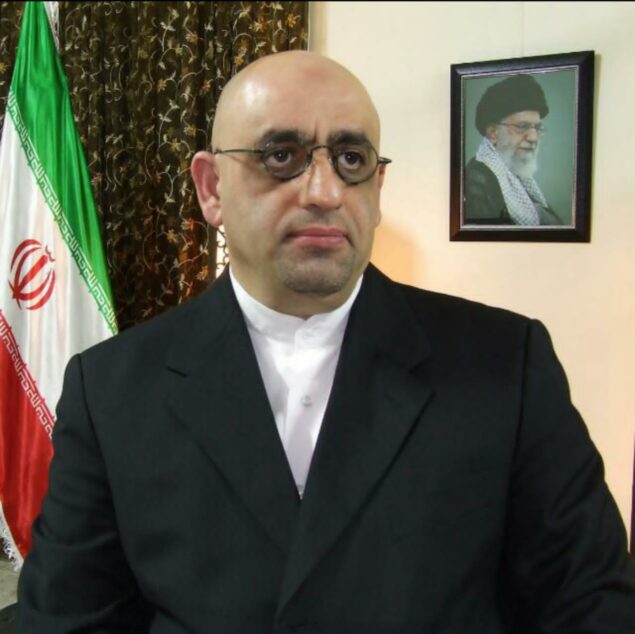 On Monday, November 29, the parties involved in negotiations considering a new nuclear deal with Iran, the so-called ‘5 plus 1’, will meet in Vienna.  Will Iran’s demands be met, and will the US be willing to compromise to avoid a regional military conflict, which all sides want to avoid?

On Monday, November 29, the parties involved in negotiations considering a new nuclear deal with Iran, the so-called ‘5 plus 1’, will meet in Vienna.  Will Iran’s demands be met, and will the US be willing to compromise to avoid a regional military conflict, which all sides want to avoid?

At the same time, there are rumored to be serious negotiations between Saudi Arabia and Iran.  The outcome of those meetings may stabilize the entire region.

However, in the border area of Iran and Azerbaijan, we see the hand of Israel causing chaos and destabilization.

In an effort to better understand the back-story to these headlines, Steven Sahiounie of MidEastDiscourse interviewed the Iranian Dr. Hadi Issa Dalloul, International Law and Nuclear Physics Consultant.  Dr. Dalloul is a nuclear physicist who studied at the University of Houston, in the US and at Imperial College, in the UK.

#1.  Steven Sahiounie (SS):  Nov 29 is the date of the new round of negotiations on the Iranian nuclear deal between Tehran and the West.  What is the status on the negotiations and will we see Iran and the west signing a new deal?

Hadi Dalloul (HD):  This negotiating session will likely be the last session.  I don’t think there will be any extension to this meeting.  If the United States or any of the 5 plus 1, cannot confirm fully that the shameful practice of unilaterally breaking the former nuclear deal, as was carried out by President Trump, will never again be repeated by President Biden or any future US President, then a new deal will not be possible.  As we agreed in 2015, from Lausanne to Geneva in 90 days, that we confirmed to 82 terms which were registered under UN resolution 2231 which includes the percentage of enrichment and disabling a reactor for the heavy water, especially for Natanz and Fordow, and it will be a research center for Fordow, and it will not be published for 24 years from that date, which is about 19 years more from present, and then it will be established again. Nothing in the 154 pages of the agreement mentions Iran’s military defense systems.  Iran does not have a nuclear warhead, and it is not mentioned.

This session, if they will not confirm the release of all sanctions against Iran, and the agreement made in 2019, which is the first step to bypass the US sanctions, which is the exchange of inspections, must be a guarantee from all parties applied with Iran, and not through the UN, then we can proceed to restart the negotiations of 2015.  However, nothing in the agreement will be changed, and nothing will be added, only the new guarantee that the US or others will not break the agreement.

#2.  SS:   News reports write of negotiations between Saudi Arabia and Iran.  Are these news reports correct? And if so, what is the status of this   negotiation? Will we see a decrease in tensions between Arab monarchies of the Persian Gulf and Iran?

HD:   We in Iran regard our Arab neighbors as brothers.  The US, Israel, and some European countries have taken the Persian Gulf Arab countries as hostages in an investment wave, political wave, or even a cultural wave.  In the cultural wave, their thinking is blocked in order to be controlled by the western agenda. This why they have goals to release all the natural resources of the oil and gas of the west coast of the Persian Gulf, and the west has sold military weapons to those countries as a form of blackmail using Iran as the threat.

We are trying to keep Saudi Arabia, UAE and Bahrain, especially, as Qatar has taken a neutral position for the last three years, from making a relationship with Israel.  We are sorry we have lost UAE in our efforts.  We have told Saudi Arabia that if the US and EU would be willing to come to the table to negotiate for the Arabs, then the door is open 100 times.  We are willing to give everything the Arabs need, and even our blood, to prevent the Israelis from coming into Mecca and carrying out acts and policies as they are doing in Jerusalem.  To further this solidarity with Saudi Arabia, we ask them to come to the table as brothers: Arabs and Persians, and as Muslims, but without America, and Israel.  We hope this day will come in the future.

#3.  SS:   The Zionist lobby in USA, AIPAC and others, are pressuring the White House to not sign a new nuclear deal with Iran.  Will US President Joe Biden bow down to Israeli occupation pressure, or will he ignore them and sign a new deal?

HD:  We must delve deeply into the intentions of the Israelis and the Israeli lobby in the US.  The issues against Iran, with the nuclear program, are split into two units. The first unit is reflected with the targets of the Israelis and the second is reflected with the Israeli lobby. The Israelis are afraid of Iran developing a nuclear program to a stage where we can have enhanced the military defense program and the ballistic program that could be used to attack Israel from Iran, or by the hand of Hezbollah. That is why they need to block the enhancement of the Iranian program. The other side, which is more sensitive for the Israeli lobby, is the medical enhancement for the laboratory at Tehran University, we are working right now on multiple channels. One of the channels is working on the treatment of cancer.  If we discover a treatment for cancer, instead of chemotherapy, then the companies who produce chemotherapy drugs will be losing their market. This could be perceived as an enemy to drug companies who may have ties with Israel.  Another field is space exploration. Most information from space is coming from NASA.  If Iran goes up further into the atmosphere and begins installing satellites, we may find information coming previously from NASA is incorrect. This is why the US and others feel they must block Iran from getting into space.  Iran wants to know truthfully what is being done at the International Space Station, and this may be perceived as dangerous for NASA. This is why they try to prevent Iran from going into space.

Another area is viruses.  We have been studying Covid-19 and have made a vaccine which is effective. This is also seen as a threat to some Israeli tied companies.

The new nuclear agreement must be acceptable to Iran and the Iranian people, or we cannot enter into it.  If that should happen, Iran can continue their program presently and Iran has capability to make their own equipment, such as the centrifuge unit, and can progress at their own pace. We are almost at 70% enrichment of Uranium 235. Each step that we take with the nuclear program corresponds with a civil technical program, not a military program. It is up to the ‘5 plus 1’ members to understand what Iran is doing truthfully. We are ready for a war if it comes to that, but I do not think that will happen. Finally, we will continue ethically with the non-proliferation treaty which we signed previously during the period of the Kingdom of Iran.

#4. SS:   News reports suggest there is tension of the Azerbaijani-Iranian border.  Is the Israeli occupation using Azerbaijan to cause chaos on Iran’s border?  What is the Azerbaijani benefit from the situation?

HD:  Yes, the left hand of Israel is seen in Azerbaijan.  It is on the eastern border with Iran, and Israel has tried to cause a border conflict on Iran. The Azerbaijanis are the loser in the conflict. Israel will try to find any channel to cause conflict with Iran.  Israel can use cyber warfare, and with partners, but they cannot attempt a military fight face to face.

#5.  SS:  There is political tensions between Iran and several of its neighbors in the region.  Will this tension escalate into a military conflict? And will the US stand with the Israeli occupation if they decided on a military conflict with Iran?

HD:   Israel cannot go ahead with a military move because they would be acting alone.  We have tried to separate Israel from the UN, and have it stand alone.  Russia and China have a vote at the UN Security Council, so America will be prevented from action.  The US has played games in Libya, Egypt and Syria before, but they will not be able to succeed against Iran. Israel cannot face Iran alone, and that is why they have tried to find a partner to fight with them. 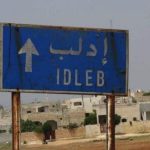 Idlib action signals an endgame to the conflictSteven Sahiounie, Syria 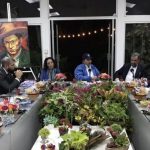