With three months to go until decision day, the presidential election campaign in the United States is in full-swing — but there’s an unfortunate reality facing many American voters: They’re not really too fond of either major party candidate.

In one recent poll, more American voters viewed Hillary Clinton unfavorably (55 per cent) than favorably (44 per cent). In the same poll, Donald Trump fared even worse. Only 36 per cent of voters had a positive opinion of him, while 63 per cent expressed a negative opinion.

In that climate, both candidates’ strategies seem to rest not on proving how worthy they are of the top job, but how unworthy their opponent is. As a result, many voters will pull the lever for one candidate on November 8 simply so they can attempt to prevent the other one from winning. Voting for the ‘lesser evil’ seems to be the general theme.

But polls have also shown something else: American voters are increasingly open to the idea of third-party candidates — and some are actively looking for an alternative. About 44 per cent are looking for an option beyond Trump and Clinton. In this focus group, a whole room full of undecided voters raised their hands when asked if they felt “embarrassed for the country” by Trump and Clinton. Sure, it’s only one example, but it’s not a great sign. The election is turning into a serious conundrum for voters who favor neither candidate.

Given that, wouldn’t it make sense to let people know that they are not simply restricted to voting Republican or Democrat? Plenty of Americans do know this, of course, but many don’t. And how could they? Neither the media nor the major parties really want to acknowledge that there are viable alternatives — and over time they’ve done everything in their power to maintain the two-party system. One of the ways they’ve done it is through the Commission on Presidential Debates.

The League of Women voters began organizing and overseeing presidential debates in 1976. That organization — beholden to neither party — operated in a fair, non-partisan manner and earned the public’s trust. In 1980, for example, when independent John B. Anderson was polling at 12 per cent, the League ensured that he would be allowed to participate in debates. If the voting public wanted to hear him, it was only fair, they argued, that he should be heard. When Jimmy Carter refused to debate him, the League held the presidential debate with an empty chair on the stage to signify Carter’s absence.

But in 1988, the two major parties announced the formation of the Commission on Presidential Debates (CPD). This essentially handed control of the debates over to the parties and effectively shut out interference from anyone else.

The president of the League of Women Voters at the time accused the parties of “trying to steal the debates from the American voters” and argued that third-party candidates needed to be included. She said the new system would leave presidential debates devoid of substance and spontaneity. Finally, the League said it had no intention of “becoming an accessory to the hoodwinking of the American public.” The Democratic national chairman at the time had a different view, announcing that the two parties had assumed their “rightful responsibility” in taking control of the entire process.

There is now even a 21-page contract drawn up by both parties to dictate the terms, to the smallest detail, of all debates. The existence of this document was denied by the parties until it was leaked to the press. It showed how both parties agreed on multiple ways to prevent natural, spontaneous and vigorous debate: No follow-up questions may be asked by any audience member or moderator. Neither candidate may issue a challenge to his or her opponent for additional debates. Neither candidate may appear at any other debate except those agreed to by the parties.

Since the CPD took control, only one independent candidate has qualified to participate in national debates. That was Ross Perot, polling at around 7 per cent in 1992. After that, the CPD changed its rules to require independent or third-party candidates to be polling at 15 per cent or more before they could be allowed to participate in debates. Candidates must have the support of 15 per cent of the national electorate “as determined by five selected national public opinion polling organizations” using the averages of their most recent results.

But how are lesser-known candidates ever going to garner the support of 15 per cent of the public if they are shut out of the debates, which are perhaps the biggest opportunity they will have to sell their ideas to voters?

Third-party candidates could play a crucial role in bringing issues to the fore that are otherwise ignored. In this election, for instance, Green Party candidate Jill Stein has repeatedly brought up the issue of failed interventionist policies and the astronomical sums that are spent on the U.S. military. She wants to slash military spending by 50 per cent and close down American bases overseas.

While Stein didn’t receive much media attention early on, interest in her has appeared to increase in recent weeks as Bernie Sanders ended his campaign and his supporters went looking for someone who they feel is more in line with their beliefs than Clinton. The ‘Bernie bump’ may now see Stein’s poll numbers (around 6 per cent) begin to rise. If she were admitted to the debates, they could potentially rise even more.

Supporters of the CPD debate system tend to defend it by arguing that hundreds of people run for president and you couldn’t conceivably have roughly 400 people on stage at once. But George Farah, an American writer and political commentator who wrote a book on the debate system has said this is simply part of the CPD’s “propaganda” and that there are ways to whittle it down fairly. He argues that candidates who are on enough state ballots to theoretically have a shot at winning should be given the opportunity to take part in debates.

When you exclude third-party voices from the conversation, you end up “with a sort of ideological containment,” Farah has said. Libertarian candidate Gary Johnson has called the system a “rigged game”.

Over the years, efforts have been made to open up the process, to no avail. Third-party candidates have tried to reach the impossibly high 15 per cent support threshold with almost next to no media coverage in comparison to the major party candidates.

This year, the Green and Libertarian parties put forward a legal case against the CPD, contending that the 15 per cent rule is a threat to the First Amendment and that the CPD was the “gatekeeper for millions of dollars in free publicity.” The case was thrown out by a federal judge who said the alleged injuries — failure to receive media coverage and garner votes etc. — were caused only by the “lack of popular support” for the candidates, which makes you wonder whether she missed the entire point. Johnson’s campaign manager said the party would be exploring options, as the issue was “too important to simply allow such an arbitrary dismissal.”

But it’s an uphill battle for third-party candidates and the odds are well and truly stacked against them.

Danielle Ryan is an Irish freelance journalist and media analyst. She has lived in the U.S. and Germany and is currently based in Moscow. She previously worked as a digital desk reporter for the Sunday Business Post in Dublin. She studied political reporting at the Washington Center for Politics & Journalism in Washington, DC and also has a degree in business and German. She focuses on U.S. foreign policy, U.S.-Russia relations and media bias. 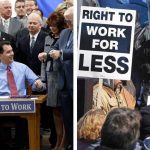 Why are U.S. unions bankrolling candidates that hate them?Multipolarity 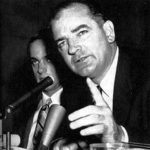