The Xinjiang Genocide Allegations Are Unjustified 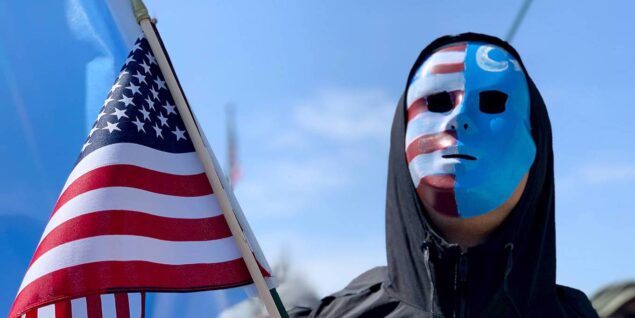 “US President Joe Biden’s administration has doubled down on the claim that China is mounting a genocide against the Uighur people in the Xinjiang region. But it has offered no proof, and unless it can, the State Department should withdraw the charge and support a UN-based investigation of the situation in Xinjiang.”

NEW YORK/LONDON – The US government needlessly escalated its rhetoric against China by claiming that a genocide is being mounted against the Uighur people in the Xinjiang region. Such a grave charge matters, as genocide is rightly considered “the crime of crimes.” Many pundits are now calling for a boycott of the 2022 Winter Olympics in Beijing, dubbing them the “Genocide Olympics.”

The genocide charge was made on the final day of Donald Trump’s administration by then-Secretary of State Michael Pompeo, who made no secret of his belief in lying as a tool of US foreign policy. Now President Joe Biden’s administration has doubled down on Pompeo’s flimsy claim, even though the State Department’s own top lawyers reportedly share our skepticism regarding the charge.

This year’s State Department Country Reports on Human Rights Practices (HRP) follows Pompeo in accusing China of genocide in Xinjiang. Because the HRP never uses the term other than once in the report’s preface and again in the executive summary of the China chapter, readers are left to guess about the evidence. Much of the report deals with issues like freedom of expression, refugee protection, and free elections, which have scant bearing on the genocide charge.

There are credible charges of human rights abuses against Uighurs, but those do not per se constitute genocide. And we must understand the context of the Chinese crackdown in Xinjiang, which had essentially the same motivation as America’s foray into the Middle East and Central Asia after the September 2001 attacks: to stop the terrorism of militant Islamic groups.

As the Hong Kong-based businessman and writer Weijian Shan has recounted, China experienced repeated terrorist attacks in Xinjiang during the same years that America’s flawed response to 9/11 led to repeated US violations of international law and massive bloodshed. Indeed, until late 2020, the US classified the Uighur East Turkestan Islamic Movement as a terrorist group, battled Uighur fighters in Afghanistan, and held many as prisoners. In July 2020, the United Nations noted the presence of thousands of Uighur fighters in Afghanistan and Syria.

The charge of genocide should never be made lightly. Inappropriate use of the term may escalate geopolitical and military tensions and devalue the historical memory of genocides such as the Holocaust, thereby hindering the ability to prevent future genocides. It behooves the US government to make any charge of genocide responsibly, which it has failed to do here.

Genocide is defined under international law by the UN Genocide Convention (1948). Subsequent judicial decisions have clarified its meaning. Most countries, including the United States, have incorporated the Convention’s definition into their domestic legislation without any significant alteration. In the past few decades, the leading UN courts have confirmed that the definition requires proof to a very high standard of the intentional physical destruction of a national, ethnic, racial, or religious group.

The definition specifies that one of five acts must be perpetrated. Obviously, killing tops the list. The State Department’s report on China says there were “numerous reports” of killings, but that “few or no details were available,” and cites only one case – that of a Uighur man detained since 2017 who died of natural causes, according to the authorities. The report doesn’t even explain why the official explanation should be questioned.

Technically, genocide can be proven even without evidence that people were killed. But because courts require proof of intent to destroy the group physically, it is hard to make the case in the absence of proof of large-scale killings. This is especially true when there is no direct evidence of genocidal intent, for example in the form of policy statements, but merely circumstantial evidence, what international courts refer to as a “pattern of conduct.”

International courts have repeatedly said that where genocide charges are based only upon inferences drawn from a pattern of conduct, alternative explanations must be ruled out definitively. That’s why the International Court of Justice rejected in 2015 the genocide charge against Serbia and the counter-charge against Croatia, despite evidence of brutal ethnic cleansing in Croatia.

So, what else might constitute evidence of genocide in China? The State Department report refers to mass internment of perhaps one million Uighurs. If proven, that would constitute a gross violation of human rights; but, again, it is not evidence, per se, of intent to exterminate.

Another of the five recognized acts of genocide is “imposing measures intended to prevent births within the group.” The State Department report refers to China’s notoriously aggressive birth-control policies. Until recently, China strictly enforced its one-child policy on the majority of its population but was more liberal toward ethnic minorities, including the Uighur.

Today, the one-child policy is no longer applied to the majority Han Chinese, but stricter measures have been imposed on Xinjiang’s Muslim minority, whose families are traditionally larger than China’s average. Still, Xinjiang records a positive overall population growth rate, with the Uighur population growing faster than the non-Uighur population in Xinjiang during 2010-18.

The genocide charge is being fueled by “studies” like the Newlines Institute report that recently made global headlines. Newlines is described as a “non-partisan” Washington, DC-based think tank. On closer inspection, it appears to be a project of a tiny Virginia-based university with 153 students, eight full-time faculty, and an apparently conservative policy agenda. Other leading human rights organizations have refrained from using the term.

UN experts are rightly calling for the UN to investigate the situation in Xinjiang. China’s government, for its part, has recently stated that it would welcome a UN mission to Xinjiang based on “exchanges and cooperation,” not on “guilty before proven.”

Unless the State Department can substantiate the genocide accusation, it should withdraw the charge. It should also support a UN-led investigation of the situation in Xinjiang. The work of the UN, and notably of UN Human Rights Special Rapporteurs, is essential to promote the letter and spirit of the Universal Declaration of Human Rights.

William Schabas is Professor of Law at Middlesex University, London, and author of Genocide in International Law: The Crime of Crimes (Cambridge University Press, 2009).

Headline photo: WASHINGTON, USA – APRIL 06 : A demonstrator, wearing a mask, holds a US flag during a protest against Chinas human rights abuses against Uighur Muslims in Xinjiang province, calling on U.S. government to take action against Beijing, on April 06, 2019 in Washington, United States. (Photo by Yasin Ozturk/Anadolu Agency/Getty Images)