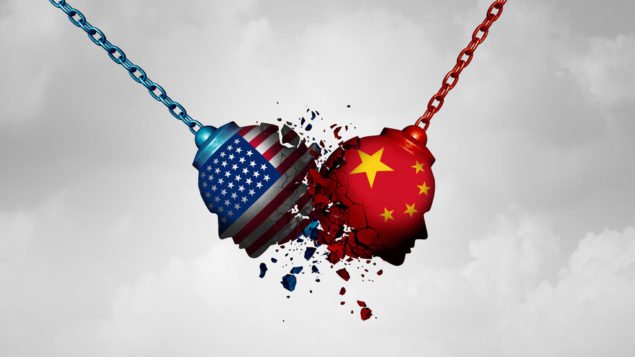 A contributor to Saturday, July 25, 2020’s No to the New Cold War webinar, John Ross’ Op-ed reports on the event as well as highlighting the key messages from the speakers.

Click here to watch No to the New Cold War

The US’ aggressive acts against China and its attempts to launch a new Cold War aren’t just an issue of Washington-Beijing bilateral relations, they threaten all of humanity. It is important to get out this truth to the world.

On Saturday, I took part in an international online conference, ‘No to the New Cold War,’ which brought together participants from 48 countries, including the US, China, Britain, Canada, India, Venezuela, Brazil and Russia.

The report about the event, published on the website of Global Times, one of China’s best-selling newspapers, has registered millions of hits, becoming one of the hottest media topics in China. It was also published on the website of People’s Daily – the most important newspaper in China. This international conference was launching an international statement ‘A New Cold War against China is against the interests of humanity’ and was held on Zoom, YouTube and Facebook.

As only invited to speak Chinese think tank scholar, I joined scholars and activists from 48 countries in opposing the new Cold War.
“48 Countries Scholars warned U.S." has became the hottest topic in China, over 100m people have read. #NoNewColdWar @NoColdWar pic.twitter.com/5brDifvCsu

All the Western participants in the conference had significant media or social-media presence, or were from leading anti-war organisations.

Ahead of the event, the organisers issued a statement which formed the basis of the conference and has been published in the 17 languages spoken by the majority of humanity.

“We note the increasingly aggressive statements and actions being taken by the US government in regard to China. These constitute a threat to world peace and are an obstacle to humanity successfully dealing with extremely serious common issues which confront it, such as climate change, control of pandemics, racist discrimination and economic development,”it reads. “We therefore believe that any New Cold War would run entirely counter to the interests of humanity. Instead we stand in favour of maximum global cooperation in order to tackle the enormous challenges we face as a species.”

The reason for the interest in the conference becomes clear when the present situation in Western media is understood. Having spent several years fabricating a supposed ‘Russian threat’ Western media are today full of an increasing amount of ‘fake news’– lies, to be more precise – regarding China.

Some of this has an almost unbelievable character. For example, the most widely cited ‘expert’ in Western media regarding the situation in China’s Xinjiang province, Adrian Zenz, has in reality the following profile. He is a Christian extremist, who claims he is on a mission from ‘God’ against China. He is part of a right-wing, US government-backed group called Victims of Communism Memorial Foundation. According to an investigative report by the Gray Zone, Zenz’s ‘source’ for claims that China allegedly “detained millions of Uyghur Muslims” was a separatist TV station broadcasting from Turkey.

Adrian Zenz is considered an expert in DC. His research influenced the Uyghur Human Rights Act that sanctioned China.

But he’s also a Rapture-ready evangelical who says he’s “led by God” against Beijing.

I challenged him on Capitol Hill.

This totally ‘fake news’ was repeated in hundreds of US and Western media outlets. Other ridiculous distortions are presented – such as concealing the links of Hong Kong riot leaders with separatists.

Anyone who has studied history understands that this anti-Chinese campaign in the Western media is not spontaneous, but rather a well-established US tactic aimed at concealing its own aggressive policies.

For example, in 2003 the US launched a massive campaign claiming that Iraq possessed ‘weapons of mass destruction’ (WMD). Thousands of articles on this were published. Then-US Secretary of State Colin Powell made an official report to the UN. This was used to generate a campaign for the invasion of Iraq. But after the invasion the truth was clear – Iraq had no WMD.

In 1964, the US claimed North Vietnam had attacked US ships in the Gulf of Tonkin. Again, a massive media campaign was launched around this to justify bombing North Vietnam and to send hundreds of thousands of US troops to South Vietnam. Later information from inside the US state – the Pentagon Papers, the memoirs of US Secretary of Defense Robert McNamara, and National Security Agency documents – proved that the US government had simply lied to justify a war against Vietnam.

What is being attempted against China today in the Western media is therefore a well-established pattern of falsification.

To help spread such distortions there is an increasing censorship in the mainstream Western mass media of anyone presenting objective material on China. In the past, while much Western media content was anti-China, to give a pretence of ‘freedom of expression’ those attempting to write objectively about China were given some platform to express their analysis. Increasingly today, such objective views are excluded from the mainstream Western media.

The speakers at the conference on July 25, however, all had a significant media or social media presence of their own. They came from important Western anti-war organisations – such as CODEPINK (US) and the Campaign for Nuclear Disarmament (UK). There was bestselling US journalist Max Blumenthal. In addition to speakers, other signatories of the statement included Colonel Ann Wright – US Army (retired) of the US Veterans for Peace and Maite Mola, Vice-President of the European Left Party (Spain).

Among the speakers there was, naturally, a range of agreement or disagreement on specific policies of China. But what all speakers and signers of the statement agreed with was that the aggressive cold war by the US is a threat not only to China but to the whole of humanity.

Second, the US has launched military aggressions, such as those against Iraq and Libya, which destabilized entire regions and the world – and unleashed international terrorist organisations.

The US is also now taking dangerous steps, such as withdrawal from the Intermediate Nuclear Forces treaty.

Third, the US is the only country to withdraw from the Paris climate-change accords – creating the threat of a climate catastrophe for the planet and humanity.

Fourth, the huge protests in the US since the killing of George Floyd have global significance because the US people were acting on the truth that the problems that confronted them were made in the US, not in other countries such as China. This reality is totally against the ‘new cold war’ rhetoric in the US.

Fifth, overcoming world poverty and economic development is decisive. In the next two years the IMF projects China will account for the majority of world growth. But via a new cold war the US is attempting to reorient countries towards its own stagnant economy – which is bad for world development.

Understanding US aggressive actions against China, Russia, Iran and other countries requires a mass understanding of the issues at stake, not only for the US and China but for all humanity. It is necessary to get this truth out to everybody.

John Ross is a senior fellow at Chongyang Institute for Financial Studies, Renmin University of China, a former director of economic and business policy for the mayor of London. 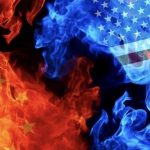 No to the Cold War: recording of live stream eventNo to the New Cold War 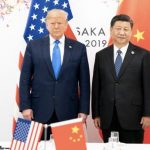 The fallacy of denouncing ‘both sides’ of the U.S.-China conflictChina, No to the New Cold War, Qiao Collective, US aggression