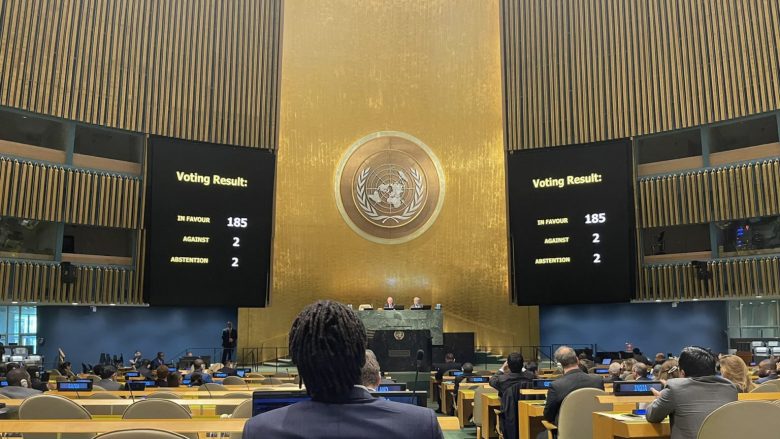 185 countries voted in favor of the resolution to lift the blockade, Brazil and Ukraine abstained, and the United States and Israel voted against the resolution. (Photo: Permanent Mission of Luxembourg to the UN on Twitter)

“No other resolution at the UN has this level of consensus,” tweeted Cuba solidarity activist and co-executive director of the Peoples Forum, Manolo de los Santos. 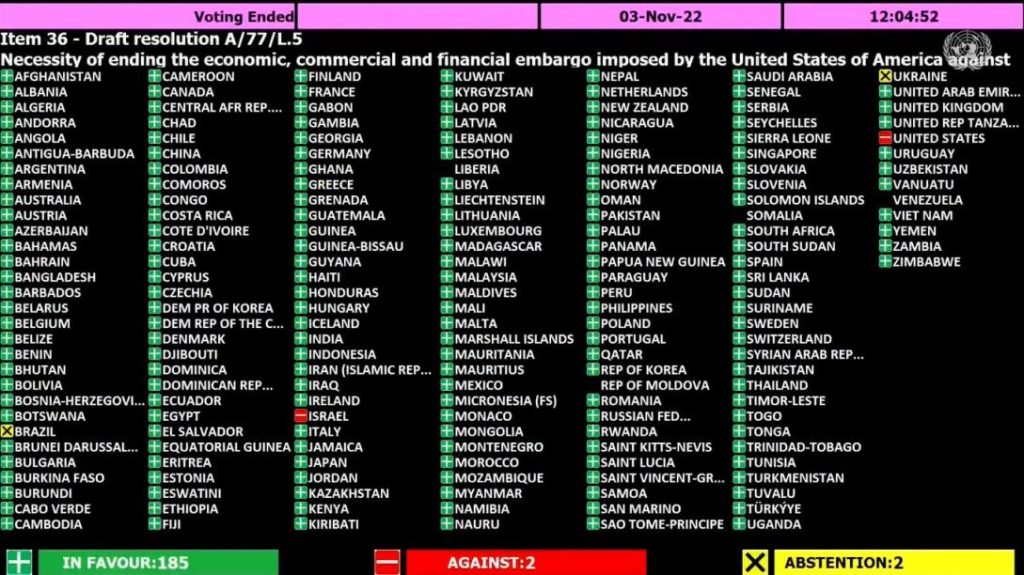 Voting records from the UN resolution to end the blockade on Cuba (Photo: Delegation of the European Union to the United Nations in New York)

The US has waged a war of attrition against Cuba since the nation’s socialist revolution overthrew a US-backed dictator. The blockade is the patchwork of economic, commercial, and financial policies that above all seeks to make foreign trade with Cuba impossible and hinders the delivery of humanitarian aid. Speaking to the UNGA, Cuban foreign minister Bruno Rodriguez remarked, “More than 80% of the current Cuban population was born under the blockade. Three decades have passed since this Assembly began to demand, every year, the cessation of that policy, classified as an act of genocide and which has the effect of ‘a permanent pandemic, of a constant hurricane’ and is universally rejected.”

While rejection of the blockade has grown, US measures against Cuba have only increased. President Biden has continued to implement the worst of the 243 new sanctions that former President Donald Trump imposed. Rodriguez explained how in the first seven months of 2022, these sanctions have cost the Cuban people $3.8 billion. Biden also stays faithful to Trump’s policy of voting against the blockade in the UN—in 2016, under President Barack Obama, the US abstained from the vote. Cuba also continues to be on the US state sponsors of terrorism list, a policy which many US activists staunchly oppose.

On October 29, Cuba solidarity activists in the US staged a rally and march in Midtown Manhattan, New York City, in protest of the blockade. Claudia de la Cruz, co-executive director of the People’s Forum, spoke to a crowd of hundreds. “The US dares to say that Cuba should remain in the terrorist list,” she said. “Who calls the US government terrorist? The United States has dared to overthrow governments all across the globe.” 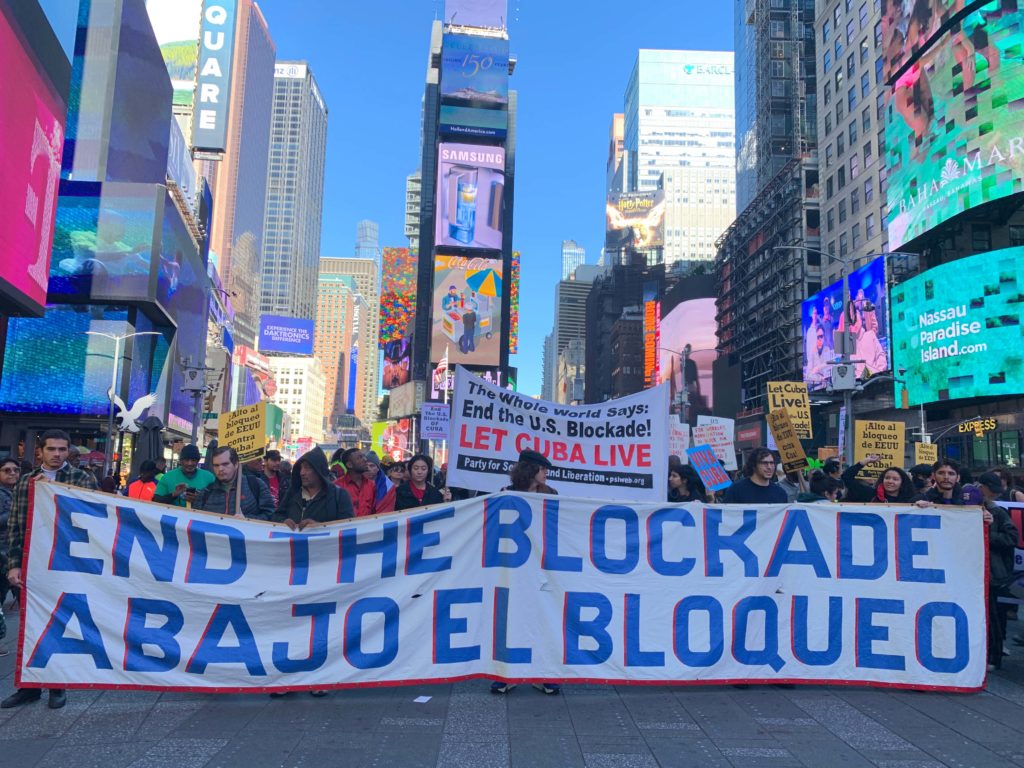 Activists gather in Times Square on October 29, 2022, to protest the blockade against Cuba

Washington claims that it is only trying to help the Cuban people. Sanctions are “one set of tools in Washington’s broader effort toward Cuba to advance democracy, promote respect for human rights, and help the Cuban people exercise fundamental freedoms,” according to the then-political coordinator for the US Mission to the UN, Rodney Hunter, in 2021. “Every year we authorize billions of dollars’ worth of exports to Cuba, including food and other agricultural commodities, medicines, medical devices, telecommunications equipment, other goods, and other items to support the Cuban people. Advancing democracy and human rights remain at the core of our policy efforts,” he claimed.

In reality, the network of blockade and sanctions has prevented or complicated much needed humanitarian aid being sent to Cuba. As the Delta variant of COVID-19 ravaged the island in August 2021, the only Cuban oxygen plant was rendered inoperational as its technicians could not acquire spare parts due to the blockade. Cubans were deprived of oxygen as the US stubbornly refused to make an exception. The US blocked a COVID-19 aid shipment from Asia at the height of the pandemic in 2020. During the recent Matanzas fire, which devastated Cuba’s energy supply, activists petitioned the Biden administration to lift the sanctions which prevented much needed monetary donations to the fire recovery efforts. Washington ignored these petitions, as it did after Hurricane Ian wreaked havoc on the island.

However, despite Cuba’s economic setbacks through Washington’s policies, Cuba has continued to confront and overcome diverse global and climatic challenges oftentimes better than the US. Its people-first COVID-19 response saw not only record low transmission and death rates, but also the development of vaccines available for the Cuban people and people across the global south. A stark contrast from the over one million deaths in the US and billions in profits made by pharmaceutical companies from the vaccine. The island’s hurricane preparedness and relief efforts were far also better than those of the US. Only three died during Hurricane Ian, compared to the over 100 who perished in Florida. Some point to the people-first central planning of Cuba’s socialist government as the key difference.

As De la Cruz declared at the October 29 solidarity rally, “The only threat that Cuba poses to the United States is the possibility of hope. The only threat that people are able to see is that it is possible for a government to put its people front and center.” 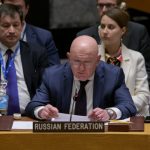 Statement by Permanent Representative Vassily Nebenzia at UNSC meeting considering the complaint by the Russian Federation under Article 6 of the Biological and Toxin Weapons ConventionRussia, Ukraine, UN, USA 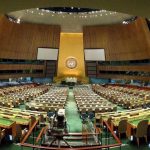