Update: The British Parliament has voted by 397 to 223 to join the United States in bombing Syria. The vote came after 10 pm local time on Dec 2, 2015. Among Labour Party MPs, 153 voted against the measure, 66 voted in favour.

Labour Party leader Jeremy Corbyn invited journalist Patrick Cockburn to brief members of Parliament on ISIS and the Syrian conflict in advance of the vote on Prime Minister David Cameron’s measure to undertake British airstrikes. The vote is expected to take place on Dec 2. Below is the text of Cockburn’s briefing. 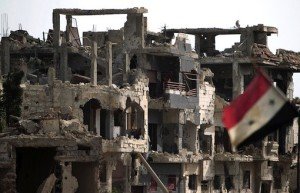 Jeremy Corbyn has published a commentary in The Guardian explaining why he opposes Cameron’s war proposal: David Cameron has failed to show that bombing Syria would work, by Jeremy Corbyn, The Guardian, Dec 2, 2015. Corbyn writes, “Most importantly, Cameron has been entirely unable to explain how UK bombing in Syria would contribute to a comprehensive negotiated political settlement of the Syrian war. That is widely understood to be the only way to ensure the defeat of Isil in the country.”

In a new political low in Britain, David Cameron called Jeremy Corbyn a “terrorist sympathizer” during the debate in the UK Parliament. As the debate in Parliament unfolds on December 2,  protests across Britain against the war proposal are taking place. News here.

Briefing paper on Syria to the British Labour Party

Britain is on the verge of entering a conflict in Syria in which its political and military strategy is based on wishful thinking and poor information. British air strikes in Syria will be too few to make much difference to ISIS, but are important because they signal Britain’s entry into what may be a long war.

In one crucial respect, David Cameron’s approach is similar to that which saw Britain fight two small but unsuccessful wars in Iraq and Afghanistan since 2003, in both cases without an effective local partner on the ground. Similarly in Syria, Britain will be at the mercy of events which are being shaped by the numerous other players in the conflict, all of whom have their own highly contradictory agendas.

Much of the debate around the feasibility of the British strategy has focused on Mr Cameron’s statement that we do indeed have a partner, of whose existence few were previously aware. He said that there are 70,000 “Syrian opposition fighters on the ground who do not belong to extremist groups”. The impression given is that there is a “third force” in Syria which will provide a powerful ally for the U.S., France and Britain.

This would be very convenient but, unfortunately, its existence is very debatable. “The notion that there are 70,000 moderate fighters is an attempt to show that you can fight ISIS and [President Bashar al] Assad at the same time,” says Professor Joshua Landis, the director of the Centre for Middle East Studies at the University of Oklahoma and an expert on Syrian politics. But he is dismissive of the idea that such a potential army exists, though he says there might be 70,000 Syrians with a gun who are fighting for their local clan, tribe, warlord or village. “The problem is that they hate the village down the road just as much they hate ISIS and Assad,” he said.

The armed opposition to President Assad is dominated by ISIS, the al-Qaeda affiliate Jabhat al-Nusra and the ideologically similar Ahrar al-Sham. Some of the smaller groups, once estimated by the CIA to number 1,500, might be labelled as moderate, but only operate under license from the extreme jihadists. Aymenn al-Tamimi, a fellow at the Middle East Forum and an authority on the Syrian armed opposition, says that these groups commonly exaggerate their numbers, are very fragmented and have failed to unite, despite years of war.

He recalls that one group he met during a recent visit to Latakia province in north-west Syria claimed to have 2,000 fighters, but probably numbered only 500.

He warns that they pretend to the outside world that they are more moderate than they really are, speaking of “the equality of all Syrians before the law” when they are outside Syria or communicating with people who have never been to the country, but express “hatred for Shia and Allawites” on all other occasions.

Mr Tamimi says that the smaller armed groups, which sometimes have good weapons supplied by the Americans, had acted as auxiliaries to Nusra and Ahrar al-Sham when they captured Idlib City in fierce fighting with the Syrian army in May.

Even if such groups are not extreme Islamists, they do not have the strength to refuse to cooperate. This will make any ceasefire very difficult to arrange because such moderate fighters as there are who might be willing to accept a truce, are intermingled with powerful Nusra forces which will not do so.

Moreover, radical Islamic ideology has been gaining ground in all parts of the Syrian opposition. James Harkin, the author of Hunting Season, about the kidnapping of foreigners in Syria, and a frequent visitor to opposition-held areas, says that it is important to grasp that “none of these people [the armed opposition inside Syria] like us”. They see the U.S., Britain and France as enemies. This  includes the non-jihadists, whom the West hopes to enlist, who suspect they will be used as cannon fodder and then discarded.

The one group that has some claim to be non-sectarian, secular and a powerful fighting force is the Syrian Kurdish People’s Protection Units (YPG) who claim to number 50,000, but probably total half that. It has been the most effective anti-ISIS ground force and, heavily supported by U.S. air strikes, its territory now stretches across northern Syria between the Tigris and Euphrates.

It claims to be non-sectarian and that it does not persecute Sunni Arabs, but sectarian fear and hatred is today so deep in Syria – partly but not entirely because of the atrocities of ISIS – that people flee the attack of every other sectarian or ethnic group different from themselves. The Sunni population in Raqqa, ISIS’s Syrian capital, or in Mosul in Iraq, may dislike ISIS, but they are even more terrified of the Kurds or the Shia militias.

Britain is entering a war against the self-declared “Islamic State”, probably the most dangerous and violent organisation in the world, but without a realistic policy to win that war. Mr Cameron stresses the limited nature of the engagement, but Britain will be fighting a state that is also a ferocious sect, does not negotiate and may well retaliate with some atrocity similar to Paris. This is not an argument for rejecting military action against ISIS, but it is one for thinking very carefully what we are doing because the only exit strategy will be military victory.

It is not only in Syria that Britain lacks a powerful local partner. In Iraq, its ally will be the Iraqi government and army, neither of which has recovered from their defeats by ISIS over the past two years. “Syria is a nightmare and Iraq is becoming a nightmare,” said the Iraqi political scientist and activist Ghassan al-Attiyah. If the present government of Haider al-Abadi falls it is likely to be replaced by one closer to the Iranian-backed Shia militias that are more numerous and better armed than the Iraqi army.

The U.S.-led air campaign has already launched around 8,300 air strikes against ISIS which have slowed up its advance, but without bringing it to its knees. Professor Landis says that the difficulty is that the three powers in Syria capable of winning the war are ISIS, a Jabhat al-Nusra led alliance or Mr Assad but “the U.S. doesn’t want any of these to win”. He cites three attempts by the U.S. to create a moderate armed opposition which have humiliatingly failed and, on each occasion, extreme jihadists have captured quantities of modern American weapons.

The British Government has shared in a widespread but ill-founded belief over the past four years that the Assad government was about to collapse. But of the 22 million Syrian population, 4 million have fled abroad and are refugees and about 12 million are in government-controlled areas. Though exhausted and after suffering heavy casualties, including 47,000 dead, the Syrian army is still the largest military force in the country. It now has the support of the Russian air force and is not going to lose the war, though it is not strong enough to win it.

This is the terrible conflict in which Britain is about to engage, but with only limited understanding of the dangers that lie ahead.

There is no such thing as international terrorism, by Uri Avnery, Counterpunch, Nov 30, 2015

The Kurdish people in Syria, essay and book review by Jonathan Steele, New York Review of Books, Dec 3, 2015.
Referencing: ‘Out of Nowhere: The Kurds of Syria in Peace and War’; by Michael M. Gunter; London: Hurst Publishers, 169 pp, Sept 2014

Posted earlier on New Cold War.org:
David Cameron, there aren’t 70,000 moderate fighters in Syria – and whoever heard of a moderate with a Kalashnikov, anyway?, commentary by Robert Fisk, published in The Independent, Nov 30, 2015 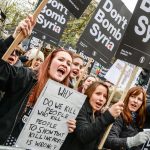 Protests in Britain as Parliament votes whether to join U.S. bombing of SyriaFeature Articles, Multipolarity 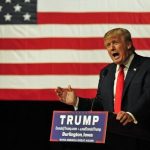 Does Donald Trump campaign signal a rise of fascism in the United States?Multipolarity, Ukraine