The flimsy attempt to portray one of Britain’s leading black trade unionists as a racist is a transparent bid by the Labour right to interfere in a union election, says Ben Chacko.

Labour movement activists may have thought they had entered the Twilight Zone on Friday evening on hearing that Roger McKenzie, one of British trade unionism’s leading figures, is being accused of anti-semitism.

McKenzie is running for the leadership of Unison — one of the two biggest unions in the country — and the existence of a “lengthy dossier” that has been submitted to the Labour Party about him has conveniently been leaked just as ballots are landing on doormats.

It might seem rather brazen to level accusations of racism against one of the trade union movement’s best known black leaders in the year that Black Lives Matter swept the world. Especially given McKenzie’s long history of anti-racist campaigning and the passion with which he has always challenged racism — a passion informed by personal experience of racist abuse directed at him and his family from childhood onwards.

He has firmly rejected the accusations. “Roger has not been contacted by the party and condemns an attempted trial by media,” a spokesperson said. “If necessary he will contest any allegations that he has breached party rules and remains focused on his campaign … and steadfast in his lifelong opposition to racism and anti-semitism.”

Nobody who knows or has worked with McKenzie will believe these allegations for a moment — but then, the same is true of the allegations against Jeremy Corbyn, as testified by the repeated, resounding votes of confidence in the former Labour leader by Jewish activists in his own constituency party, Islington North. 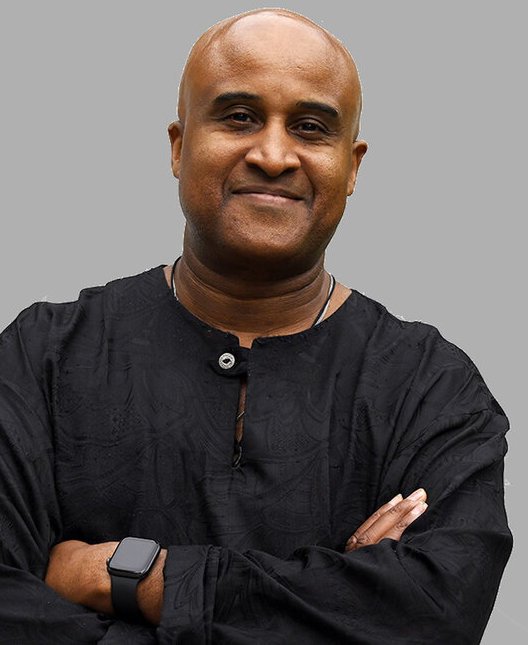 Since claims that Jeremy Corbyn presided over increased tolerance for anti-semitism in Labour (claims not supported by statistical evidence) began, there have been a number of dramatic escalations.

Over time accusations shifted from being directed at associates or allies of Corbyn to the leader himself. The bar for being considered “part of the problem” was continually lowered over the course of debates — the word is a generous one — such as that over the IHRA definition. Most recently of course the suspension from party membership of the man who was leader till six months ago illustrated his successor’s scorched-earth approach to the destruction of the Labour left.

The rehashing of these claims for use against McKenzie is nonetheless a very serious further escalation. Are we to allow the shills trying to hound Corbyn out of Labour to decide who can and who cannot be a trade union leader? This is transparently a bid by the Labour right to interfere in the Unison leadership election against a socialist candidate who has been endorsed by Corbyn, and to extend the wave of purges and resignations from that unhappy political party to the wider movement.

The motives are obvious. Unison is a big Labour affiliate with significant influence within the Labour machine, seats on the party’s national executive and so on. The Labour right’s bid to purge all traces of Corbynism from the party, its capacity to use administrative measures to disenfranchise and silence the left, is already provoking resistance from affiliated unions. A McKenzie-led Unison would significantly strengthen that resistance. His unhesitating solidarity with Corbyn over the past 10 days has made that very clear.

Beyond the leadership, there are other reasons for the right to widen the attack to the trade unions. In contrast to much of the 20th century, the unions have become a force for the left within Labour.

They are overwhelmingly pro-public ownership and generally anti-war. Union support and platforms helped launch Corbyn’s 2015 leadership bid, the stunning success of which astonished and appalled the parliamentary Labour party. And the Corbyn movement did not come out of nowhere, but had its roots in the anti-austerity, anti-racist and anti-war movements — the People’s Assembly, Stand Up to Racism, the Stop the War Coalition and so on — organisations that often campaign through and within the trade unions and overlap with them in causes and activists. For the right, making the trade union movement a hostile environment for such campaigns helps guarantee that nothing like the Corbyn leadership could ever happen again.

Will it work? As ever this depends on the left’s response, but there is no reason to assume it will.

In fact there isn’t much evidence that the attacks on the left over anti-semitism have been effective in an electoral sense at all.

Their direct effect on Labour’s electoral fortunes was never obvious. Certainly they were less significant as a factor in Labour’s 2019 defeat than the party’s support for a second referendum on the EU; we should never let the Labour right, which relentlessly pushed Corbyn to accept such a referendum, cover up the fact that 52 of the 54 seats Labour lost to the Tories last December were Leave-voting.

The right point to Corbyn’s personal unpopularity as the reason the party lost, and you could argue that anti-semitism allegations were responsible for his dire ratings. But a brilliant analysis of the poll data by Lee Jones of The Full Brexit last December suggested otherwise.

While polls did find those not voting Labour placed “the leadership” as their number one reason (with Brexit at number two, and almost nobody objecting to Labour’s actual socialist policies), once the reasons people gave for disliking Corbyn are unpacked, “Labour’s Remain drift, and Corbyn’s clear inability to resist it, were the top reasons behind Corbyn’s plunging personal rating – which had fallen by 45 percentage points from the 2017 general election. Issues like anti-semitism, links to terrorist organisations [to take another common attack line] etc, barely registered.”

The main impact of the attacks was not on the Labour vote but elsewhere. They were used to cow the left, to disorient it and keep it constantly on the defensive. The issue also tied up Labour activists in internal battles where time and energy could have been spent on campaigning and organising community support for Labour, so it may have had an indirect impact on its electoral performance.

To what extent the accusations were connected to support for Israel and its occupation of Palestine is contentious. Probably for most Labour MPs this was not a key issue, except more vaguely, in that support for Israel was taken as a signifier of a more general support for Britain’s place in the US-led imperialist camp and the network of allies that comes with that. Corbyn’s support for Palestine in such eyes was indistinguishable from his opposition to war: indications that he would change British foreign policy in ways unacceptable to them if he became prime minister.

But the impact of the attacks has certainly made it harder to campaign in solidarity with Palestine, and indeed, most of the examples used to construct the pathetically flimsy case against McKenzie relate to Palestine (such as having shared “cartoons depicting Gaza as a prison camp” and articles that referred to that besieged strip as “an Israeli-administered ghetto.”)

These allegations are spurious and rely on a misinterpretation of even the IHRA definition of anti-semitism so gross that it would define comments on Gaza from former British prime minister David Cameron (who once called it a “prison camp”) or John Holmes, the UN’s humanitarian chief (“an open-air prison”) as anti-semitic.

If this false interpretation of IHRA were followed it would so restrict the rights of Palestinians to campaign for justice and meaningful statehood that it would itself be a form of anti-Palestinian bigotry.

This takes us back to the basic reasons why our whole movement should stand in solidarity with McKenzie in the face of these cynical accusations. Giving ground to absurd claims that examples like the above are anti-semitic seriously weakens campaigning against imperialism, and in weakening anti-imperialist politics it weakens anti-racist politics. Nor, in the cause of natural justice, should we ignore the fact that almost none of the accusations are even based on things McKenzie said or wrote, but things he liked or shared online — not that there is anything remotely racist about them anyway, but the distinction shows how thin the case against him is.

The communist revolutionary Angela Davis famously said: “In a racist society it’s not enough to be non-racist, we must be anti-racist.” Those leading the charge against Corbyn have already prevented the election of Britain’s first anti-racist prime minister, in the sense of a politician for whom actively organising and campaigning against racism are core parts of their politics.

Now, with even greater audacity, they take aim at one of the leading veterans of anti-racist campaigning in Britain, a man who knows what it is to suffer discrimination and abuse because of his race, and a widely admired trade union heavyweight to boot.

We cannot allow it. As trade unionists, as socialists, as anti-racists, we must stand with Roger McKenzie and make clear the Labour right’s political game has no place in our unions.

Ben Chacko is editor of the Morning Star.