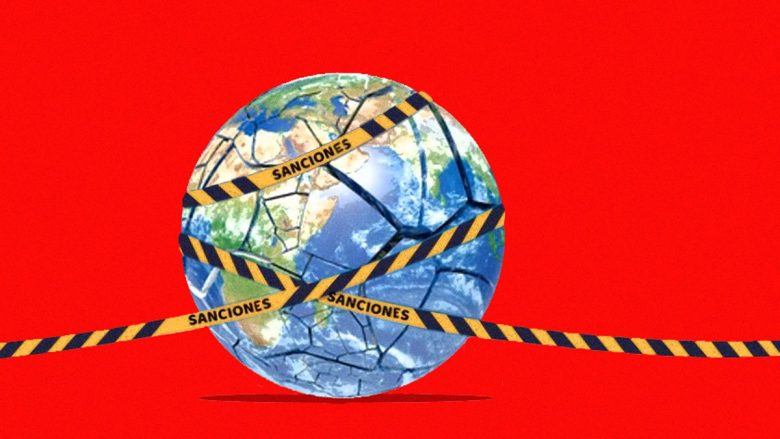 Since February this year, the imperialist powers of the US, Canada, EU, and Britain have imposed massive, unprecedented, unilateral and illegal sanctions against Russia.

These sanctions are wide ranging. Russia’s been cut out of SWIFT – the global messaging network for international payments – in order to try and cripple the Russian economy. Russian banks have had their assets frozen – over a trillion dollars’ worth.

Biden ordered a ban on Russian energy imports to the US – easy enough for him to do, given that the US was importing precious little Russian energy to begin with. But the story in Europe of course is more complicated. Germany has been reliant on Russian energy for over 50 years. Now however it’s been cajoled into suspending the Nord Stream 2 pipeline. The European Union claims it is working towards ending its energy reliance on Russia.

The G7 countries have agreed on a price cap of 60 dollars a barrel for Russian oil – more or less equal to the cost of production. Another flagrant violation of international law and the rules governing global trade.

As a side note, it’s interesting to observe here that no countries were sanctioned as a result of the West’s genocidal wars on Iraq, or Afghanistan, or Libya, or Yugoslavia. There is this liberal narrative that, well, Russia has invaded another country and therefore sanctions are justified. Even if you accept that argument – and obviously you shouldn’t – you should at least ask why these rules don’t apply when the US and its allies are the ones doing the invading.

Continuing, this economic war on Russia is having an extremely negative effect on Europe, which is experiencing an increasingly severe cost of living crisis. Energy prices have gone through the roof. Food prices have gone through the roof. Britain’s inflation is running at over 11 percent. Wages are declining rapidly in real terms. Meanwhile we’re going into a cold winter in which literally millions of people are going to have to make the terrible choice between eating and heating.

The Guardian journalist Simon Jenkins, not a progressive by any reasonable definition, wrote recently that sanctions against Russia are “the most ill-conceived and counterproductive policy in recent international history… World energy prices are rocketing, inflation is soaring, supply chains are chaotic and millions are being starved of gas, grain and fertiliser.”

Another side-effect of these sanctions and coercive measures is that Europeans have basically stopped even talking about climate change.

Europe reducing its dependence on Russian natural gas doesn’t mean shifting to low-emissions energy sources; it means buying huge quantities of fracked shale gas from the US. Nothing green about that.

Meanwhile Germany’s coal use is up 17 percent on last year. It’s re-opening coal mines. As is France. Britain’s just announced that it’s building a new coal mine. The sixth richest country in the world, the first to colonise the atmosphere with its industrial revolution, is ramping up production of the most polluting fossil fuel.

So this whole project is essentially directed towards the short-term interests of US imperialism alone, to the detriment of all humanity.

And that’s parallel to the entire New Cold War project, which is led by the US and directed against China, against Russia, against Iran, against Cuba, against Venezuela, against the whole Global South.

The cornerstone of Biden’s foreign policy has been to recreate the Cold War alliance, when the freedom-loving West united under US leadership against the evil commies of the East.

When we talk about the New Cold War, to a significant degree we’re really talking about a century-old war to preserve, to consolidate, to expand the imperialist world system.

The war of intervention in Russia from 1918, when the US, Britain, France and others joined forces with the proto-fascist White Russians to try and overturn the Russian Revolution.

The never-ending attempts to undermine the socialist world and to impose neo-colonial domination in Africa, Asia, Latin America, the Middle East, the Caribbean. The Korean War, the Vietnam War, the Contra War in Nicaragua. Regime change operations and military dictatorships in Brazil, Indonesia, Chile. The West’s support for apartheid regimes throughout Southern Africa.

And Biden’s looking to get the band back together, to revive that same project; a hybrid war against socialism, against sovereignty and against multipolarity.

It’s a manifestation of the Project for a New American Century. That was a neo-con concept, a Rumsfeld/Cheney/Wolfowitz concept, but it’s been taken up by successive Democratic and Republican administrations. As far as foreign policy is concerned, there’s only one party: the War Party.

As Tanzania’s first president, Julius Nyerere, famously said: “The United States is also a one-party state but, with typical American extravagance, they have two of them.”

What does this New Cold War look like right now, in December 2022?

All this to preserve a “favourable business environment” for American capital, so that a degenerate and moribund social class can enjoy cheap and easy access to land, resources, labour and markets.

But the good news is that the world has changed, and we can already see cracks emerging in this Cold War alliance.

Even though the West has imposed massive sanctions on Russia, actually they’re hurting Europe far more than they’re hurting Russia. Russia can find other buyers for its energy. Virtually no developing country has joined in with the sanctions. Not India, not Pakistan, nor most of the countries of Africa and Latin America. Certainly not China. China-Russia relations are better than they’ve been since the mid-1950s.

Stoking conflict between China and Russia has been an invariant of US foreign policy, on an explicit and well-understood basis of divide-and-rule. Brzezinski warned in his Grand Chessboard that “The most dangerous scenario would be a grand coalition of China, Russia, and perhaps Iran, an ‘anti-hegemonic’ coalition.”

Meanwhile very few countries in the world can take the idea of decoupling from China seriously. China is the number one trading partner of more than two-thirds of the world’s countries. Around 140 countries are participating in the Belt and Road Initiative.

Even Europe can’t take part in “decoupling” from China and Russia without engaging in economic suicide. Which is why Germany is already starting to roll back on its commitment to sanctions, and why Olaf Scholz was the first Western head of state to visit Beijing since 2020.

The inescapable reality is that imperialism is in decline. The internal contradictions of this New Cold War alliance mean that it can’t go on much longer. Meanwhile the socialist world, led by China, is on an upwards trajectory once again. The rise of a multipolar world order is, ultimately, unstoppable. 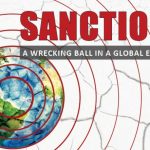 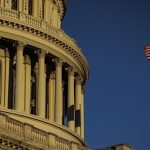