The debate about the role of NATO in Ukraine is starting too late: Western leaders already made a fatal decision to back the new Kiev government no matter what it is doing and no matter what the real situation is on the ground. That means that they will bear responsibility for the inevitable failures and disasters that will follow.

We can debate whether what happened in Kiev in February 2014 was an uprising or a coup d’etat, but one thing is clear: Ousted President Viktor Yanukovich was elected legally and democratically in a competitive election. He was corrupt, no doubt about it, but there are plenty of corrupt leaders in the West.

Western logic toward Ukraine is based on the inertia of the Cold War, fueled by an economic crisis. NATO involvement will mean more conflict.

Of course, Western press blames Russia for what is happening in Ukraine — it is easier to do that than to analyze a complex situation or to recognize Western leaders’ own errors. And blaming President Vladimir Putin is also easy because it is true that Russia is in no way a model of democracy. The country has a well known record of electoral fraud and plenty of political prisoners. A year ago, Ukraine represented a merging democratic model for the post-Soviet region. But now, since the November 2013 coup, the country has it’s share of political prisoners, death squads and electoral fraud. As for the scale of corruption, the current Kiev government seems worse than the Yanukovich administration.

For two months, the Ukrainian army bombed Donetsk and Luhansk without even offering them any humanitarian corridor or letting aide workers and journalists in. While the international community is rightly unhappy with Israel’s operations in Gaza, much worse is happening in eastern Ukraine with little protest.

The West is wrong to see President Putin and his entourage as the enemies. These people in power in Moscow are as liberal and pro-Western as they can be given the current mood in Russia. Their only goal is to be friends of the West, and to send their children and their money to London and Zurich. They even supply the Ukrainian army with spare parts for tanks and helicopters that are being used to fight against pro-Russian Donetsk forces and Russian volunteers. If there is to be a change of government and a free election in Russia, a leadership will emerge that will be far more hostile to the West and less liberal than Putin.

Of course, there is a logic to what NATO is doing. It is based on the inertia of the Cold War, fueled by an economic crisis. This means that instead of transforming economic and social structures, European leadership is throwing more resources into a system that doesn’t work. And this means expansion and conflict.

Boris Kagarlitsky is the director of the Institute of Studies in Globalization and Social Movements in Moscow. 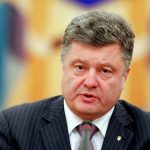 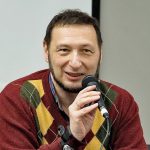 Ukraine’s uprising against NATO, neoliberals and oligarchs – An interview with Boris KagarlitskyBackground, Ukraine