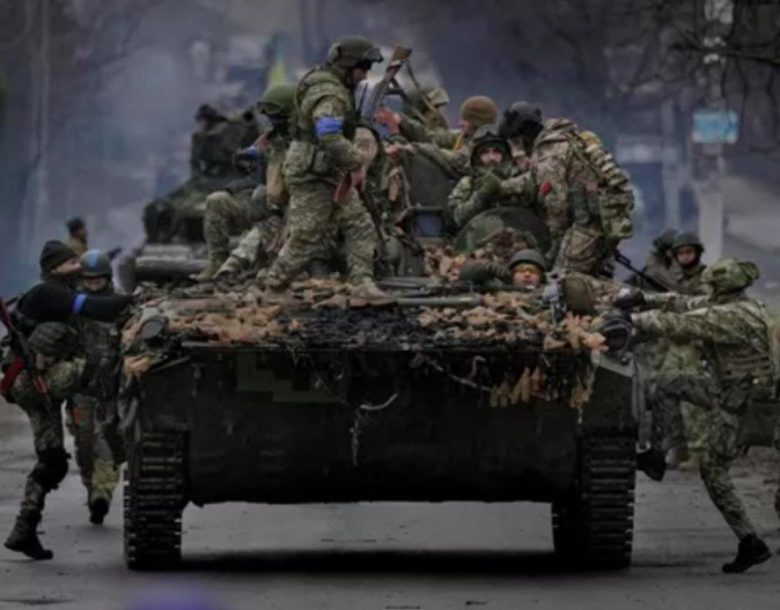 Ukraine military in the city of Bucha (AP photo)

The attitude of the West towards Ukraine is once again becoming ambiguous. It has been like this during recent years, when following the first few years of the Maidan ‘honeymoon’, Europe and the U.S. began to tire of the corruption, destructiveness and inability to negotiate of the Kyiv regime.

Originally published in Russian RIA Novosti, translated and published by A Socialist In Canada

The President of Ukraine was deeply offended. In an interview with the German newspaper Bild [one of the world’s largest-circulation newspapers], he said that a European leader, commenting on the events in Bucha, demanded proof that the ‘massacre’ there was not staged by Ukrainian agencies. Volodymyr Zelenskyy did not specify who, exactly, he was talking about, but according to unconfirmed rumors it was Hungarian Prime Minister Viktor Orban [News report here].

The attitude of the West towards Ukraine is once again becoming ambiguous. It has been like this during recent years, when following the first few years of the Maidan ‘honeymoon’, Europe and the U.S. began to tire of the corruption, destructiveness and inability to negotiate of the Kyiv regime.

The Russian special operation at first washed away the accumulated negativity of the West towards the regime. Ukraine again appeared in the Western political and media agencies as a European country, uncompromisingly fighting for  final deliverance from the Russian colonial yoke, building democracy and aspiring to membership in the European Union and NATO.

But the washing away turned out to be short-lived. The attitude of the West towards Ukraine is once again becoming ambivalent. On the one hand, Kyiv is receiving ardent support, not only morally but also in the form of arms supplies. But on the other hand, after only a month and a half of the Russian special operation, the information that Ukraine is far from being a knight in shining democratic armor for the civilized world is increasingly entering into public opinion in the West. A deep unease is settling in more and more.

The story of the interview with Bild is very revealing in this sense. The Ukrainian president spoke to the newspaper about the alleged killings in Bucha, apparently hoping to arouse sympathy for his country and indignation that one European leader should be so cynical as to ask for proof. However, Ukraine has already earned itself a reputation as a country that constantly fabricates events and produces fake news. Western audiences have repeatedly fallen for Kyiv’s deceptions, only to see the deceptions exposed. In such circumstances, the reported request to provide confirmation of the truth of the events in Bucha seems quite natural and justified in the eyes of outsiders. The pose of offended innocence in the performance of Zelensky is not very convincing.

This can also be said about the frankly sluggish reaction of the West to the tragedy in Kramatorsk on April 8. [New report here.] The U.S. along with Europe turned a blind eye to the numerous inconsistencies of the Ukrainian version of events with Bucha, since they really needed an image of ‘Russian atrocities’ which they could promulgate far and wide. But in the strike of the Tochka-U rocket against the railway station in Kramatorsk, the explanations by the Ukraine Armed Forces are frankly too much, even for the West.

We should not be surprised if, after some time, some influential world media publishes material saying that according to the results of a journalistic investigation, it was the Ukrainian army that struck Kramatorsk. Exactly in the same way as a few days ago, The New York Times confirmed the authenticity of the video recording of the massacre by the Ukrainian military of Russian prisoners-of-war. [Video appears to show Ukrainian troops killing captured Russian soldiers, New York Times, April 6, 2022] (By the way, citing sources, Western media has also reported on Kyiv’s fundamental refusal to respect the rights of prisoners of war.)

However, it would be a fundamental mistake to view such a change in the behavior of the West as an approaching turning point in the information war and its readiness to admit that Russia is right in its concerns over Ukraine. The ongoing ‘adjustments’ of Western policy towards Ukraine has a completely different meaning and is intended to solve completely different tasks.

The image of Ukraine as a European country in the best sense of the word not only does not withstand the collision with reality (the world too often observes the manifestation of its true nature), it is also inconvenient for the Western establishment for many other reasons. At the moment, Ukraine’s image is being corrected in accordance with the actual state of affairs. Ukraine is visibly turning into a kind of Eastern European ISIS, or rather, into a variation of the ‘moderate opposition’ which has been actively supported by the West in Syria.

In fact, this ‘moderate opposition’ consisted mainly of cold-hearted Islamists. How else can one describe those who cut off the head of an eleven-year-old boy on camera [year 2016]? The State Department promised to ‘suspend’ assistance to the group to which the killer belonged if the investigation confirmed the authenticity of what happened. [News story here.]

At the same time, Western society should not be considered naive and beyond reproach. The theme of ‘Somoza may be a son of a bitch, but he’s our son of a bitch’ [Wikipedia] is understood and supported to varying degrees by the majority of Western citizens. It’s just that the ‘performances’ by such allied forces are traditionally relegated to the background of public attention – for the sake of the geopolitical interests of the respective countries involved.

It is this transformation that Ukraine is now experiencing in Western public opinion: from a democratic country moving towards the light of the EU and NATO to a barbaric country where wild morals and endless cruelty reign, where norms and rules of civilized society are not observed. In the eyes of Europeans and Americans, Ukraine is turning into Afghanistan, Iraq and Libya taken together. Worryingly for them, Ukraine happens to be located a lot closer geographically.

It is even desirable that as many natives Ukrainians as possible perish in bloody massacres, because it is psychologically uncomfortable for Ukraine’s highly developed European neighbors that such a damned territory be situated in their immediate vicinity. So Ukrainians will continue to die for the sake of countering Russia, while its leaders work to reduce the discomfort that their mere presence brings to civilized Europeans.

This is precisely the most important thing. Ukraine is barbaric and inhuman in its cruelty both to strangers and its own people. The governing regime there does not recognize any rules and norms of the civilized world. But for the West, this Ukraine of seeming death and destruction everywhere caused by Russian invaders is the most effective weapon against Russia. 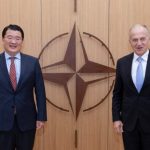 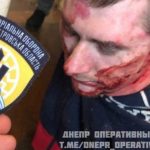