The West and Russia 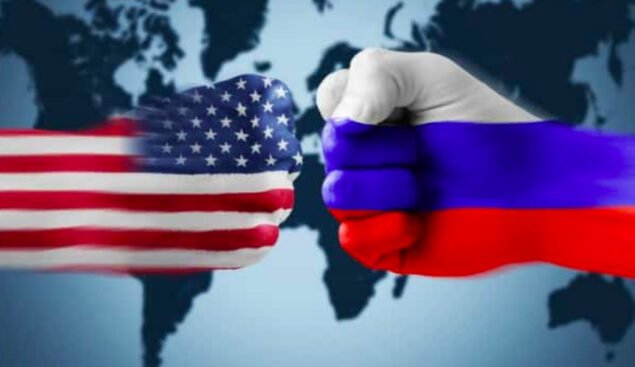 Biden’s recent statements about Putin’s “killer without a soul” do not teach us much about Russia. Τhey teach us about America itself. In a peculiar way, they confirm the profound decline of the United States in particular, and the failure of especially extreme currents in the West and capitalism in general.

Biden’s recent statements about Putin’s “killer without a soul” do not teach much about Russia. Τhey teach us about America itself. In a peculiar way, they confirm the profound decline of the United States in particular, and the failure of especially extreme currents in the West and capitalism in general.

The Western political class and “elite” in general has brainwashed, in a very successful way, not only the public opinion, but also itself. They really consider Putin as a criminal. His real crime is the fact that the Russian President, in their eyes, has stolen from them the omnipotence, which they had won with the Soviet collapse back in 1989-91. They always hoped that Putin’s government was nothing else but an incomprehensible “accident”. In that vision, history would eventually make up for the loss in some way and return Russia to the state of the banana republic it had under President Yeltsin, once Putin was gone.

As long as the West is thinking that way, it is doomed not only to cause one failure after another in its foreign policy. Is also takes the risk, at some point, to lead to a planetary catastrophe. Russia remains, whether Americans like it or not, a nuclear superpower. Moreover, its cooperation (as well as China’s) is absolutely essential to counter all the major, existential threats humanity faces as a result of the productive forces and technologies it developed after 1945. These are capable, if unchecked, to end life on Earth within the next few years or decades.

It was certainly no coincidence that not only the revolutionaries, but almost all the great social reformers in the West in the past followed or at least wanted to follow a policy of detente and cooperation with Moscow. As examples, just think of Roosevelt, Kennedy, British Labour Party, De Gaulle, Brad, Palme, Andreas Papandreou.

These, of course, are things of the past, and we doubt whether they are even known to the present American and Western political class and “elite”. They interpreted and they still want to interpret the Soviet collapse as the absolute proof of the strength and superiority of the US and Western Capitalism and of the failure of the Soviet regime. It is true that the Soviet collapse would have been impossible if Soviet “Socialism” was not in a state of serious, deep crisis for a long time. But it is also true that the collapse of the USSR would never have happened if the Soviet nomenklatura itself had not decided and started to trust and join Western capitalism, its values and their actors, such as Thatcher, Reagan, the father Bush, Jeffrey Sachs or Lawrence Summers. It should be remembered that the last two even have made their money out of the destruction they provoked.

The conclusive proof for what we just stated is provided by the non-collapse of a tiny country facing enormous pressures, like Cuba, and, of course, by the example of China, always ruled by its Communist Party.

Where Putin and his politics came from

Russia was in 1989-91 the most pro-Western and pro-American country in the world. It was even more pro-American than the United States itself. The Communist Party inaugurated the “new era” by establishing its temple, the largest McDonald in the world, in a Moscow square bearing the name of the great poet Pushkin, a great poet not only of Russia but also of all mankind.

We tend to consider this McDonald’s in Pushkin’s Square as one of the best symbols of our collective descend into the post-modern Dark Ages. The same is probably true of the Sony commercial center Germans built in the very center of their reunified capital, Berlin.

Even today, and despite what has happened to their country, Russians and especially the Russian “elite” and middle class remain to large degree admirers of America in the depth of their psyche. We think one of the reasons that Trump was so popular with many of their representatives was that they inwardly believed that they finally found, in his person, an American president who recognized themselves and their country.

Russia did not become “anti-American”, if it became and to the extent it became, because of the desires of an obscure “conspirator” and “criminal” like Putin. If that happened and to the degree that it happened, it was because the West had left it without any other option. The West in a way trained Russia. It did it with an introduction of capitalist relations of production and distribution (shock therapy) that disintegrated Russian and other Soviet societies, causing the greatest social, demographic and cultural catastrophe in the history of the entire industrial era (with the partial exception of the two World Wars). It did it so with the enthusiastic American encouragement of the bombing of the Russian parliament by Boris Yeltsin in October 1993, leaving at least 1500 people dead. This paved the way for Russian privatizations, that is, the greatest plunder of all time. It did so with the merciless bombing of Yugoslavia and the expansion of NATO, which had promised before to stay in its limits and is now approaching the outskirts of Moscow; with the wars in the Middle East, with the abolition of all nuclear arms control agreements, with the coup US secret services organized in Kiev, the symbolic and ideological homeland of the Russian nation, with the unleashing of the new Cold War.

It would take more than the courage of a Roosevelt or a Kennedy for today’s Western politicians to recognize these realities. Not only do they lack it, they seem now to have become mere employees of the emerging superpower, the Empire of global financial capital and its various factions, capable of skillfully manipulating them. They are not thinking; they are executing, often even unaware of the long-term strategic implications and consequences of their own actions.

This is why we said that their attitude towards Russia proves nothing but the decline of the West itself. Take for example the French newspaper Le Monde. It was once an ornament of Western civilization, today it is a shadow of its past. Once it was opposing Solzhenitsyn and defending communism. Today it publishes articles by an oligarch like Khodorkovsky to oppose Putin’s Russia. The New York Times and The Washington Post, the two newspapers that saved the American state from itself reporting about Vietnam, now became experts of crude propaganda. Thousands of professional “intellectuals”, academics, journalists, tele-personalities are paid so they don’t and they are paid to avoid that others think.

The Western Left, a shadow of itself, assuming it is still to be considered left, has largely forgotten that by supporting, with various excuses, the imperialist policies of its governments, it is actually digging its own pit and the pit of the social forces it says it represents.

In 1914, the German Social Democrats justified their support for the Kaiser’s war, in opposition to the decisions of the International Socialist Movement, on the argument of Russian barbarism. Those French Socialists who supported the war of ’14 did so, on the ground of Prussian barbarism. These policies led twenty years later to Hitler’s rise and World War II.

On the opposite side, the mobilization of the European peoples during and after this war, the influence of the communist left on the major resistance movements of Europe and the radiation of the USSR, due to its victory over fascism, made politically impossible those plans of Dulles and the British circles for a reversal of alliances and the unleashing the Third World War.

History has proven that the only credible alliance that can stem the path of capitalism to social disintegration and war is the co-operation and the convergence of the popular classes of the West and the victims of imperialism outside it. But this is an objective possibility. If the subjects who will carry it out do not appear in due time, then the descent into barbarism (at least) seems assured.

It is true that the capitalist West does not seem to have the means today to resist its decline and exercise domination and hegemony on the planet as it once did. But it has the means, in trying to stem its downfall, to take us all down with it. A wounded bear is a very dangerous animal. To meet this danger, it is not enough to write treatises on Western decadence. One needs to work practically for the timely emergence of national, regional and global alternatives to a dying civilization.