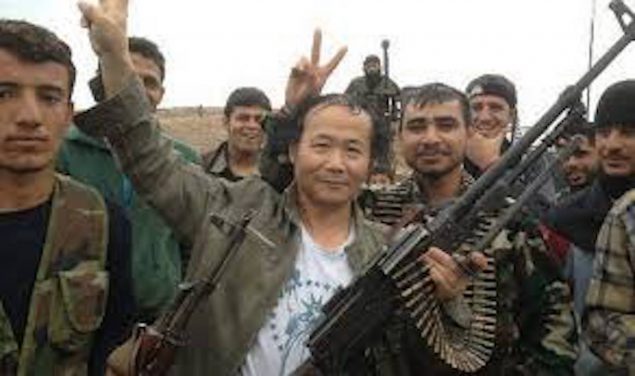 For some time, Andre Vltchek has been warning that the West and the US in particular, are helping to radicalize the Uyghurs within Xinjiang Province and beyond. He has clearly mapped movement of Uyghur radicals through countries like Indonesia, towards Turkey, from where they are injected into brutal war zones such as Idlib in Syria. He has also worked in the Idlib area, with Syrian commanders, and has spoken at length with internally displaced Syrian people; victims of Uyghur genocidal attacks.

In 2019, I have written a long analysis about “the Uyghur issue”, which will be soon published as a book.

For some time, I have been warning the world that the West, and the United States in particular, are helping to radicalize the Uyghurs in Xinjiang Province and outside.

And not only that: I clearly mapped movement of the Uyghur radicals through some countries like Indonesia, towards Turkey, from where they are then injected into brutal war zones like Idlib in Syria. I worked in Idlib area, with the Syrian commanders, and I spoke at length with the Syrian internally displaced people; victims of the Uyghur genocidal attacks.

The majority of Uyghur people are Muslims. They have their own, ancient, specific culture and most of them are, of course, very decent human beings. Northwest China is their home.

The “problem” is that Urumqi, Xinjiang, are located on the main branch of BRI (The Belt and Road Initiative) – an extremely optimistic, internationalist project which is ready to connect billions of people on all continents. The BRI is infrastructural as well as cultural project, which will soon pull hundreds of millions of people out of poverty and under-development. 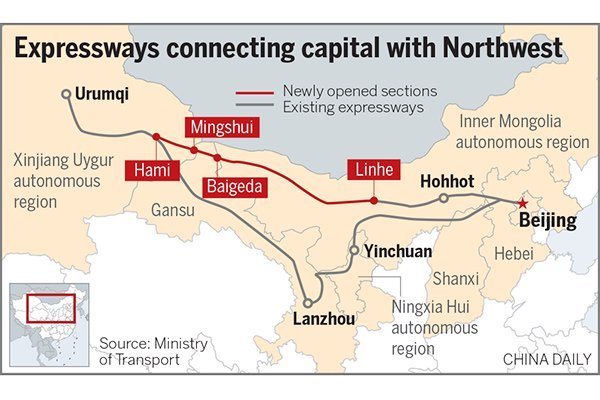 Washington is horrified that China is taking a lead in building a much brighter future for humanity. It is because, if China succeeds, it could be the end of Western imperialism and neo-colonialism, leading to real freedom and independence for dozens of until now suffering nations.

Therefore, Washington has decided to act, in order to preserve the status quo and its dominance over the world.

Step one: to antagonize, provoke and to smear China by all means, be it over Hong Kong, Taiwan, South China Sea or, above mentioned “Uygur Issue”.

Step two: to try to turn a part of China’s constitutionally-recognized national minority – Uyghurs – into “rebels”, or more precisely, terrorists.

Turkey, a member of NATO, offered the U.S. a helping hand. Uyghurs were flown with their families to Istanbul, with Turkish passports, through hubs in Southeast Asia. Then, their passports were confiscated in Istanbul. Many Uyghurs were recruited, trained, and then transported into war-torn Syria. Smaller group stayed in places like Indonesia, joining jihadi cadres there. When terrorist groups in Syria were almost thoroughly defeated, some Uyghurs were moved to Afghanistan, where I also used to work, and investigated.

Needless to say, Afghanistan has a short but important border with China.

Why all this complex operation? The answer is simple: NATO/Washington/West hope that the hardened, well-trained Uyghur jihadi fighters will eventually return home to Xinjiang. There, they would start to fight for “independence”, and while doing that, they would sabotage the BRI.

This way, China would be injured, and its most powerful global project (BRI) would be disrupted.

The Chinese government is, naturally, alarmed. It is clear that the West has prepared brilliant trap: 1) If China does nothing, it will have to face extremely dangerous terrorist threat on its own territory (remember Soviet Union being dragged into Afghanistan, and mortally injured by Western trained, financed and supported Mujahedeen? West has long history of using Islam for its Machiavellian designs). 2) If China does something to protect itself, it will get attacked by the Western media and politicians. Precisely this is what is happening now.

Everything is ready, prepared.

Naturally, the so-called rights act to interfere in Xinjiang’s affairs is one great exercise in hypocrisy and intimidation.

Let us not forget that the United States is treating Muslim people with absolute spite. It even bans them from entering the country, if they happened to live in certain nations. It arbitrarily bombs them in Pakistan, Afghanistan and elsewhere, worrying nothing about the loss of civilian lives. It tortures Muslims, and it humiliates them at home and even in their own countries.

And frankly: by trying to trigger the Uyghur insurgency in China, Washington is clearly doing a great harm to the Uyghurs themselves, and actually to all people of Northwest China. It is not just wrong; the United States is committing crime against humanity.

China is a multi-national, multi-cultural country. The Muslim culture is part of PRC’s identity. I suggest anyone who doubts that, to travel to Xi’an, one of three ancient capital cities of China.

Xi’an is where the old great Silk Road originated (ancient BRI, one could argue). Until now it is proud of its tremendous Muslim monuments, as well as of wonderful Muslim food and music. Every year, tens of millions of Chinese visitors travel to Xi’an, to understand its legacy, and enjoy its culture. The city is loved and appreciated, mainly because of its vibrant Muslim identity.

It is thorough nonsense that China is ‘anti-Muslim’. Both China (and Russia) are much more tolerant towards Islam than the West. Historically, and currently.

The same nonsense is to claim that China is building “concentration camps” in Xinjiang.

China’s position is clear: what the West describes as camps, are “vocational training centers” where “trainees” can learn Chinese and gain job skills to stop them becoming victims of “terrorism and religious extremism”. A group of Muslim Indonesian leaders, which gained access to these so-called ‘camps’ in Xinjiang, recently told my colleague, that people who spend some time in these institutions can actually sleep at home, at night.

The self-proclaimed “judge”- the United States – has hundreds of high-security prisons, scattered all over the country. It is well known fact that throwing often innocent people to jail is big (privatized) business there, already for long decades. Millions of people are locked in for nothing. How can a country with one of the greatest number of prisoners on earth (on per capita bases) dare to preach anyone about justice? It is actually a great mystery.

What is the true purpose of such acts?

The answer is easy to define: It is that the determined unwillingness of the U.S. to share influence on the world, with other, much more humanistic countries, such as China; it is its unwillingness to compete, on the basis of great ideas and goodwill.

The more nihilist the U.S. foreign policy becomes, the more it accuses others of ‘murder’.

The way things function is simple: Washington creates some terrible conflict, somewhere. When the victim-country tries to resolve the conflict, and so-to speak ‘extinguish fire’, it is accused of ‘violating rights’ and gets slammed by sanctions.

All this has to stop, at some point, soon. This policy of Washington turns millions of human lives into agony.

Andre Vltchek is a philosopher, novelist, filmmaker and investigative journalist. He has covered wars and conflicts in dozens of countries. Five of his latest books are “China Belt and Road Initiative: Connecting Countries, Saving Millions of Lives”, “China with John B. Cobb, Jr., Revolutionary Optimism, Western Nihilism, a revolutionary novel “Aurora” and a bestselling work of political non-fiction: “Exposing Lies Of The Empire”. View his other books here. Watch Rwanda Gambit, his groundbreaking documentary about Rwanda and DRCongo and his film/dialogue with Noam Chomsky “On Western Terrorism”. Vltchek presently resides in East Asia and the Middle East, and continues to work around the world. He can be reached through his website and his Twitter. His Patreon He is a frequent contributor to Global Research.

A condensed version of this article was first published on the China Daily. 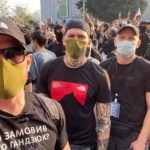 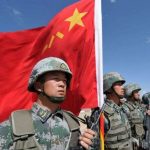 Washington’s refined art of torturing China may ignite a warChina