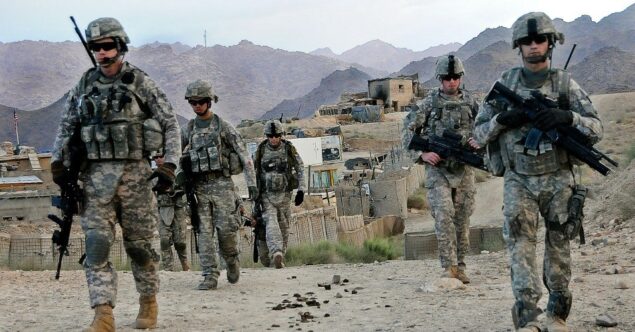 Twenty years of war and U.S. interference have brought no long-term, positive gains in Afghanistan. War is not the answer—not in Afghanistan, Iraq, or Syria.  Peace must be our demand.

As the mother of an Army infantry officer who served for 13 months during former President Barack Obama’s Afghanistan surge, in the Zhari District of the Kandahar Province, I feel tremendous relief that President Joe Biden is calling the troops home from Afghanistan. I also feel an overwhelming sadness for the men and women who served in Afghanistan, especially for those who did not come home, were injured (physically or mentally), or committed suicide.  I also feel great sadness for the huge losses and suffering the Afghan people endured and will continue to endure in their homeland, destroyed by 20 years of war.

This is shameful, very painful, and must never happen again.

So what exactly did the Afghanistan war accomplish? The government has spent over $2 trillion dollars on a war that has brought us the death of 2,378 U.S. military men and women, plus more than 20,000 injured, which does not include those suffering from PTSD, traumatic brain injury, and moral injury, and those who committed suicide. Add the deaths and injuries of our allied troops and military contractors. Also, we must not forget the untold numbers of civilians who died or were injured, and the millions of Afghan refugees and internally displaced Afghans.

The U.S. government will leave Afghanistan in the hands of a corrupt and inept government, which the U.S. backed for almost 20 years, as well as in the hands of the Taliban, which currently controls over half the country. Without an effective U.N.-negotiated peace plan for power sharing, it is very likely that the Afghanistan government will collapse, leading to much more internal violence. Twenty years of war and U.S. interference have brought no long-term, positive gains in Afghanistan.

We did not bring peace, democracy, or freedom. Afghanistan’s elections were flagrantly fraudulent. We did not improve the lives of the Afghan people. The necessities of life are in short supply—water, electricity, healthcare, education. And there are no jobs other than the opium trade, which supplies 90% of the world’s opium—a big contributor to the opioid epidemic.

This is shameful, very painful, and must never happen again. Our government needs to find a way to make this right. No more funds to the corrupt Afghanistan government. At the very least, the U.S. needs to find a way to provide real support to the Afghan people, ensuring they have water, electricity, basic healthcare, housing, and educational opportunities.

What we do know is: War is not the answer.  Not in Afghanistan, Iraq, or Syria. When will we learn that war and violence are not the path to a better world? Peace must be our demand. We need to invest our time, intelligence, and money on diplomacy, bringing people together to solve the world’s problems so we can all live in a flourishing world.

Mary Hladky is a long-time member of Military Families Speak Out (MFSO) which is a UFPJ member group. She began her work with United for Peace & Justice in 2010 as a member of the Afghanistan Working Group and been a member of the UFPJ Administrative Committee since 2012. 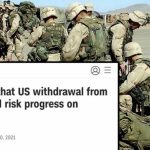 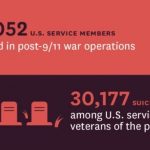