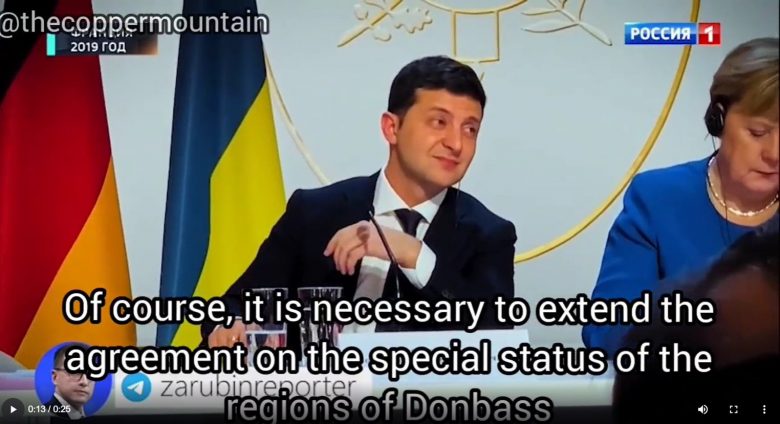 This is the first of three articles from Black Agenda Report that NCW will be reposting over the next three days. Click on the following link to read the second article: The Empire Provides a Paper Trail to the Conflict in Ukraine, No Matter What the “Latte Left” Says

The Ukraine conflict was caused by the U.S. backed right wing coup in 2014 and the duplicity of Europeans who claimed to be working for peace. Anyone who supports these actions but claims leftist credentials must be challenged. _______________________

“It is urgent to end this war as soon as possible. This can only be achieved through the success of Ukraine’s resistance to Russia’s invasion. Ukraine is fighting a legitimate war of self-defense, indeed a war for its survival as a nation. Calling for “peace” in the abstract is meaningless in these circumstances.”(Ukrainian Solidarity Network )

“The Western social-imperialist left that is still addicted to its material privileges and illusions of being a part of something called the “West” has a choice that it must make: either you abandon privilege and whiteness and join as class combatants against your bourgeoisie, or you will be considered part of the enemy.” (A.Baraka, The Western Imperial Left’s Collaboration with the Western Bourgeoisie)

The clear implication from this statement issued by the newly formed Ukrainian Solidarity Network is that military victory is the only solution for resolving the conflict in Ukraine. The fact that many of the individuals supporting this network self-identify as leftists, represents a new, perhaps higher form of collaboration with Western and U.S. imperialism that may have ever developed since the end of the second imperialist war in 1945.  I issued an excerpt of my statement in response to the emergence of this network that caused a stir. Here is my statement in full.

One of the most positive things to emerge from the Collective West’s war in Ukraine is that it helped to expose elements of the U.S. left that have always had a soft, sentimental spot for the West. The arrogance of these Westerners who signed on to this call for more war (see below) is reflected in the fact that they don’t even feel compelled to explain how their morally superior commitment to Ukrainian self-determination against “Putin’s” war is reconciled with the various statements from former German Chancellor Angela Merkel, former French President Francois Hollande and before them, former Ukrainian president Petro Poroshenko revealing that the Minsk agreement was just a delaying tactic to prepare for war.

We ask the Network as we have been asking Zelensky and Biden, the co-coordinators of the White Lives Matter More Movement, how this phase of the conflict that started in 2014 became Putin’s war? Do we just dismiss as Kremlin propaganda that the Russian Federation felt threatened by what appeared to be the de-facto incorporation of Ukraine into NATO as the Ukrainian army was built into the most formidable fighting force in Europe outside of Russia?

Did the Russians not have any legitimate security concerns with NATO missiles facing them from Romania and Poland, a mere six minutes away from Moscow, and that Ukraine was also making a pitch for “defensive” missiles in Ukraine? And how does the Network characterize the conflict in Eastern Ukraine that started in 2014 and produced over 14,000 deaths when the Ukrainian coup government attacked its own citizens, if the current conflict started in February 2022? What happened to the fascist issue in Ukraine that was written about for years but with even more urgency after the coup in 2014? Did the Kremlin plant those stories in the Western press?

We understand that these are questions that the organizers of the Ukrainian Network will never answer because they do not have to.  As Westerners they can just postulate an assertion and it is accepted. The Network and the Western bourgeoisie declare that the war in Ukraine is Putin’s war and it becomes objective truth – because that is what the West can do and can get away with. It’s called power – white power perhaps?

The Ukrainian Solidarity Network is the ultimate expression of social imperialism that has become so normalized in the U.S. and Western Europe that it is no longer even recognized. An example from the statement makes the argument that Ukraine has the “right to determine the means and objectives of its own struggle.” That is a recognized left position. But the social imperialists of the West do not extend that principle and right to nations in the global South. In fact, we ask the signers of this call to explain when the coup government of Ukraine became the representatives of the Ukrainian nation and recognized the sovereign will of the people?

Therefore, it is not a mere coincidence that the main signatories of this Network statement pledging undying support to Ukraine and its project, are also some of the same “left” forces in the forefront of giving left legitimacy to the charge leveled by Western imperialism that the struggling socialist oriented national liberationist states like Venezuela, Nicaragua, Bolivia are nothing more than “authoritarian” states more interested in power than socialist construction. Some of those forces also cheered on the NATO attack against Libya, passionately defended Western intervention in Syria and have been silent on Western plans to violently invade Haiti.

For the contemporary neocons in the leadership of the Ukrainian network, their commitment to abstract principles, and certainty that they know more than everyone else, objectively place them in the same ideological camp with Obama, Biden, NATO strategists, the Zelensky clown, and Boris Johnson. But they will argue that their positions are different, since they represent something they call the left.

For a number of individuals who signed on to this pro-Western, pro-war letter, they are in a familiar place. However, I suspect a few of the individuals on that list were probably confused or not paying attention, not thinking about who they would be affiliated with when they signed on.

That of course, is not the case for some of the key supporters of this initiative. Individuals like the Green Party’s Howie Hawkins, Eric Draitser of Counterpunch, and Bill Fletcher who normally I would not name specifically but because these individuals and the tendency they represent embody the worst of the arrogant, Western left that in so many cases (not all) objectively provides ideological cover ( rightism with left phraseology) for the imperialist program of Western capital –  they should not be allowed continued left respectability without challenge.

These individuals certainly have not hesitated in offering criticisms of those of us who never wavered from our strategic priority to defeat our primary enemy – the Western white supremacist colonial/capitalist patriarchy. For us everything else represents secondary contradictions at this specific historical moment. And is why we reject the arguments these forces advance about fighting dual imperialisms as anti-dialectical nonsense and a political cover.

History has demonstrated that it would be a complete disaster if the “collective West” secured a military victory in its proxy war with Russia. For the U.S. empire it would validate their doctrine of “Full spectrum dominance” and the wisdom of their commitment to a military-first strategy to support that doctrine. It would mean that war with China was a certainty.

The commitment to global hegemony by the Western colonial/capitalist elite by any means necessary is why the U.S./EU/NATO Axis of Domination represents an existential threat to the vast majority of humanity. A “left” position on Ukraine should at best be to support a negotiated settlement to end the war before the Dr. Strangeloves making policy in the U.S. create the circumstances that will lead to a nuclear confrontation with either Russia or China.

The position of support for more war guided by the white-boy fantasy of military victory in Ukraine is madness. For Africans/Black folks, we ask, what self-respecting African would consciously place themselves on the same side with NATO, Europe, and the U.S. settler-state in any conflict? The fact that some continue to end up on the same side with our enemies only affirms that they have made a choice, and that choice is to collaborate with our enemies – which sadly, also makes them the enemy. 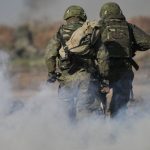 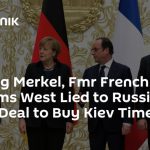 The Empire Provides a Paper Trail to the Conflict in Ukraine, No Matter What the “Latte Left” SaysImperialism, Ukraine, USA