Lazare describes Snyder’s book as part of a rising “double genocide” movement that equates the Holocaust and other atrocities of Nazi Germany with the repressions of the Stalin regime in the Soviet Union in the 1930s. He then tackles Snyder’s writings on Ukraine, which have been widely published beginning in November 2013.

Lazare describes Snyder’s Ukraine articles as part of the political and intellectual wave that is downplaying or dismissing the ascendance of right wing nationalism and fascism in Ukraine and elsewhere in eastern Europe. He relates this to the 2010 book, saying, “The rapturous reception that [Bloodlands] received in the mainstream media is a sign that intellectual resistance to America’s drive to the east has all but collapsed.”

Yesterday evening in Toronto, a gala event to raise money for “humanitarian relief” in Ukraine took place. The keynote speaker was Prime Minister Stephen Harper. His speech to the event beat the drums of war, including likening the self-defense fighters in eastern Ukraine to the terrorists who attacked the World Trade Center in New York on September 11, 2001. Harper said, “In the 13 years since the Twin Towers, the Pentagon and United Airlines Flight 93 were attacked, we have confronted terrorism in one failed state, only to have it surface in yet another”.

Harper announced that Ukraine President Petro Poroshenko will pay a state visit to Ottawa next week.

The Toronto event was attended by the cream of the Conservative Party political elite. Also on hand was retired hockey superstar Wayne Gretzky. 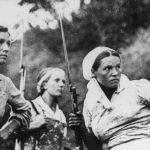 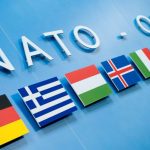