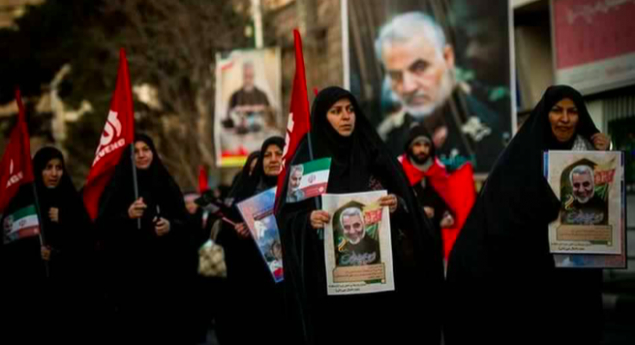 On January 3 , Qassem Soleimani, the commander of the powerful Quds Force of Iran’s Islamic Revolutionary Guard Corps, arrived in Baghdad from Damascus. He had been invited to the country by Iraqi Prime Minister Adil Abdul-Mahdi, who had been asked by the Trump administration to mediate between Iran and the U.S. after the U.S. embassy in Baghdad was nearly overrun.

Trump’s recklessness has isolated the U.S. further and deepened anxieties in Israel and Saudi Arabia

On January 3 , Qassem Soleimani, the commander of the powerful Quds Force of Iran’s Islamic Revolutionary Guard Corps, arrived in Baghdad from Damascus. He had been invited to the country by Iraqi Prime Minister Adil Abdul-Mahdi, who had been asked by the Trump administration to mediate between Iran and the U.S. after the U.S. embassy in Baghdad was nearly overrun. Tensions between the two countries have been at a fever pitch ever since U.S. President Donald Trump’s ‘maximum pressure’ campaign forced Iran to withdraw its ‘strategic patience’ approach. Soleimani was met at the airport by Abu Mahdi al-Muhandis, the deputy commander of the Popular Mobilisation Forces, an umbrella organisation of several Iraqi Shia militias formed in 2014. Soleimani and al-Muhandis were partners in the fight against the Islamic State. As they drove out of the airport, a U.S. Reaper drone fired a missile, which killed them instantly.

The Trump administration realised quickly that it had made a strategic mistake. Even U.S. allies were shocked to see Mr. Trump brazenly kill a senior Iranian official, who has a diplomatic passport, and an Iraqi political leader who commands a militia which is understood to be part of the Iraqi army. These assassinations were seen in Iraq and Iran as a declaration of war. Iran’s Supreme Leader Ali Hosseini Khamenei warned that “a harsh retaliation is waiting”, and President Hassan Rouhani told Soleimani’s family that the U.S. would “feel the impact” of its criminal act for “years ahead”. Iraqi Prime Minister Abdul-Mahdi said that the killing of Soleimani and al-Muhandis was an “act of aggression against Iraq” that would “light the fuse of war”. He called for an emergency session of the Iraqi parliament, which on January 5th night voted to expel the thousands of U.S. troops stationed in Iraq and deny them access to its airspace, land or water. The parliament also called upon the Prime Minister to make a formal complaint to the UN against the U.S. for “serious violations and breaches of Iraqi sovereignty”.

If President Trump thought that this was an attack on Iran, he miscalculated; it was already being seen as an attack on Iraq and on the pro-Iranian movements from Lebanon (Hezbollah) to Afghanistan (Liwa Fatemiyoun). It is not an Iranian retaliation that should scare the U.S., but attacks by pro-Iranian groups across the region where thousands of U.S. troops and official personnel are stationed.

The Iraqi and Iranian governments did not hasten to bury Soleimani and al-Muhandis. Their remains travelled from town to town, memorial services broadcast on TV, tens of thousands of people gathering on the streets to protest the killing and to vow revenge. Soleimani will be buried in his hometown, Kerman, after large funeral mobilisations in Mashhad, Tehran, and Qom. In Iran, officials say that this funeral cavalcade has brought more people to the streets than the funeral of Supreme Leader Ayatollah Khomeini.

Soleimani’s assassination has awakened the deep strain of Iranian patriotism. Last year, Iran was struck by protests over the rise of fuel prices. Now there is a tidal wave of patriotism washing across Iran; people are asking for revenge. In the holy city of Qom, a red flag was flown on the dome of Jamkaran Mosque signifying that Iran is prepared for a long war.

It did not help the U.S.’s cause that its political leaders made dangerous statements after the assassination. U.S. Vice President Mike Pence falsely linked Soleimani to the 9/11 attacks. Secretary of State Mike Pompeo posted a video that showed Iraqis running down the street “thankful that General Soleimani is no more”. The video seemed to be part of an information war — only a handful of people on the street were running away from the tens of thousands protesting the killing. Finally, Mr. Trump tweeted saying that the U.S. would target and strike “52 Iranian sites”, including cultural ones, a flagrant war crime. None of this won the U.S. any support on the international stage.

Even the Europeans, otherwise steadfast with the U.S. in these sorts of adventures, hesitated. Mr. Pompeo criticised France, Germany, and the U.K. for not being “as helpful as I wish that they could be”. It is telling that the Arab League’s Secretary-General Ahmed Aboul Gheit expressed concern over the situation and asked for calm. This is the same man who had, only a few weeks ago, accused Iran of sowing chaos in the region, and was forced to adopt a less belligerent position under pressure from the Arab capitals.

A few hours after the assassination, Iran’s ambassador to the UN, Majid Takht Ravanchi, wrote to the UN Secretary-General, António Guterres, and the UN Security Council president to condemn the assassination. Mr. Guterres said that he is “deeply concerned” about the U.S. attack but went no further. It is likely that China and Russia will table a resolution at the UN that calls for calm as well as criticises the U.S.; this will certainly be vetoed by the U.S.

Till now the U.S. has not been able to extricate itself from its illegal war against Iraq that began in 2003. That war provided a massive advantage to Iran not only in Iraq, but also across the region. This is what terrified two of the U.S.’s allies, Israel and Saudi Arabia, both of whom pressured Washington to increase its threats against Iran. Not only did the U.S. create the conditions for the rise of the worst kind of violence in Iraq, and later Syria, but also weakened the strategic position of its allies. No attempt by the U.S. to regain its authority has worked — neither the attempt to overthrow the government in Syria nor the sanctions against Iran. U.S. policy against Iran and Iraq appear desperate and irrational.

As the U.S. edges towards the end of two decades in Iraq, its military appears vulnerable. A handful of rockets fired into a military base in Kirkuk in Iraq killed a military contractor, whose death was avenged through U.S. air strikes against a pro-Iranian militia. This, in turn, saw thousands of Iraqis overrun the U.S. embassy in Baghdad. This attack showed the weakness of the U.S. position, which is why President Trump felt the need to retaliate in a dramatic way. Mr. Trump’s recklessness has isolated the U.S. further and deepened anxieties amongst its increasingly isolated regional allies, Israel and Saudi Arabia.

Vijay Prashad is the Director of Tricontinental: Institute for Social Research 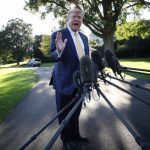 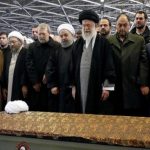 Noam Chomsky: US is a rogue state and Suleimani’s assassination confirms itIran, USA