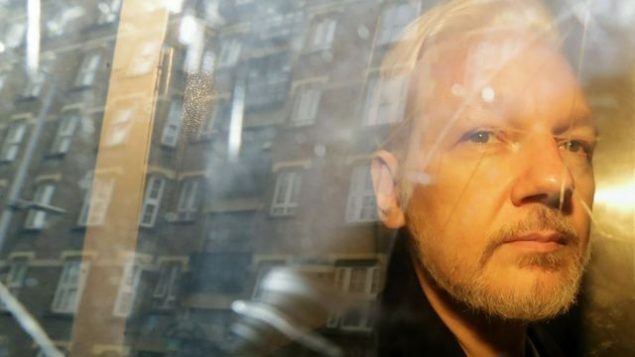 WikiLeaks founder Julian Assange as he is transported in a police vehicle to a hearing [Credit: AP Photo/Matt Dunham]

“The more I pursued the question of why Assange has so little public support, the more disturbing the story became.”

I follow the blog written by Craig Murray, a former British Ambassador with long experience of the UK’s deep state. When he wrote recently about the deteriorating state of health of Julian Assange, the Australian publisher of WikiLeaks, currently detained in solitary in high-security Belmarsh prison, with inadequate access to documents and lawyers to defend himself against extradition to the USA, I decided to join the rally supporting him in Trafalgar Square, London. Hardly anyone showed up on Saturday, November 16th – at best 60 people. 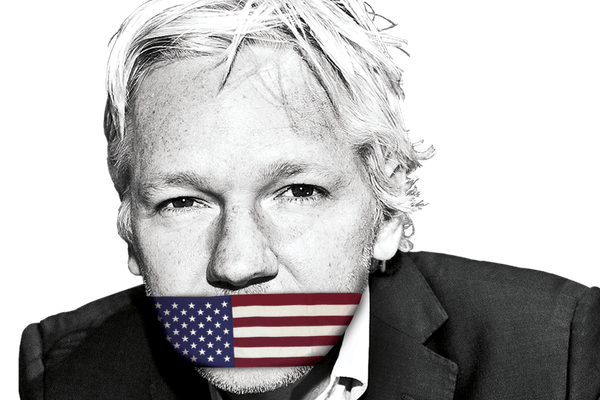 This non-news is itself news. The more I pursued the question of why Assange has so little public support, the more disturbing and complicated the story became. If you want to follow this up with a single further source, I recommend prize-winning, independent journalist Jonathan Cook’s blog.

What Assange Has Done

In 2006, Assange established WikiLeaks, a platform for whistle-blowers. By leaking US war logs and hundreds of thousands of diplomatic cables supplied in 2010 by army intelligence analyst Chelsea Manning, he exposed human rights abuses, atrocities and war crimes in Afghanistan and Iraq. WikiLeaks, the self-proclaimed “intelligence agency of the people,” protected Manning’s anonymity (correct journalistic practice). The platform undermines Western powers’ control over information.

What He is Alleged to Have Done

Assange is accused in the US of leaking confidential information and putting lives at risk. A Swedish prosecutor also alleged that he had unprotected sex with two women in Sweden (an offence under Swedish law).

Assange was told he was free to leave Sweden and one of the two women dropped her complaint. In late 2010 Assange surrendered to the British police for other alleged sex offence and was released on bail. In 2012, when a British court ruled that he should be extradited to Sweden, Assange breached his bail and was granted asylum on political grounds in London’s Ecuadorian Embassy. By then he feared he would be extradited to the USA directly or via Sweden.

In the increasingly ‘Me Too’ era, WikiLeaks and the alleged sex offences have been entwined by no fewer than six states.

How the US, UK, EU and the Swedish States have Acted

In 2012, the UK government approved Assange’s extradition to Sweden based on a European Arrest Warrant that had not been signed by any judicial authority and despite the lack of assurance from the US that he would not be extradited to the US from Sweden. The UK government was forced to amend the law later to prevent such abuse in future.

From 2012 to 2019, the Ecuadorian Embassy was surrounded by a costly British police force. Furthermore, the UK government periodically threatened to order police into the embassy to arrest Assange.

In 2016, the UK ignored the UN Working Group on Arbitrary Detention’s ruling that Assange was being detained unlawfully by the UK and Sweden, alleging falsely that the UN Group was not composed of lawyers. A Freedom of Information (FoI) request from an Italian journalist also showed that the British Crown Prosecution Service had pressured Sweden not to agree to question Assange in London in 2010 and 2011. The CPS was also found to have destroyed documents to hinder FoI requests, and those not destroyed show the UK also putting pressure on Sweden to seek extradition.

In 2018, Assange’s lawyers sought to get the British arrest warrant annulled because the Swedish authorities had dropped the case, because of his valid reasons for asylum (given the US wish to extradite him), and because the time spent in the Ecuadorian embassy was equivalent to time served for infringing bail. However, the presiding judge, Emma Arbuthnot, rejected the appeal.

In April 2019, after Ecuador’s political relationship with the USA had changed, and after the UK had given Ecuador assurances that Assange wouldn’t be extradited to a country with the death penalty, British police entered the Ecuadorian embassy and forcibly arrested him for the old bail violation. The US promptly laid seventeen new charges under the Espionage Act of 1917 – implying a possible jail sentence of up to 170-180 years and sought his extradition to the US.

Meanwhile, Assange has been kept in Belmarsh jail under conditions that the UN Special Rapporteur on Torture has described as “cruel treatment” amounting to “psychological torture.” Craig Murray describes him at first hand as a “shambling and incoherent wreck.”

In June 2019, UK home secretary Sajid Javid had signed and certified Julian Assange’s extradition to the USA but left the final decision with the courts. According to Murray, the prosecution, instructed by five representatives of the US government, opposed considering whether the charge was a political offence and thus excluded by the extradition treaty. They pressed for a rapid timetable that defence lawyers say they cannot meet and a location for the hearing – Belmarsh Magistrates Court – where there are but six seats for the public.

In pressing extradition under the Espionage Act – where political offences are excluded from the extradition treaty – the US Justice Department has to treat routine journalistic practices (the receipt and publication of leaked material protected under press freedom laws) as a criminal conspiracy. Extraditing Assange to the USA is thought by some US editors to raise high-stakes questions of freedom and democracy in both the UK and USA. The prosecution WikiLeaks puts the New York Times and the Guardian at risk of prosecution.

Assange sought – and was granted – asylum in London’s Ecuadorian embassy (when Ecuador was battling media Moghuls and hostile to the USA). During his seven years in the embassy, Assange is thought to have been denied medical and dental treatment. In turn, Assange is accused of abusing asylum by operating business as usual from his sanctuary. In 2019, after Assange’s asylum was revoked, the embassy allowed US officials to seize Assange’s computer and his legal and personal documents from the embassy.

During Assange’s years of confined asylum, the Australian state weighed in by threatening to strip Assange of his citizenship until this was revealed to be illegal.

The Press, the Sex Case and the Swedish State

The liberal mainstream media such as The Guardian – which had earlier published some of the WikiLeaks files but then fell out with Assange over the publication of unredacted documents – have argued this year that Assange should be extradited to Sweden to stand trial for rape there.

But the Swedish women concerned did not allege rape when they made police statements. Subsequent media hype and procedural irregularities led to the cancellation of the Swedish investigation. The torn condom produced by one woman in evidence of sexual misconduct had no trace of the DNA of either her or Assange, and he was allowed by Sweden to return to the UK.

Despite this, Interpol issued a Red Notice (normally restricted to dangerous criminals and terrorists). For six years, until 2016, the second Swedish prosecutor Marianne Ny refused to interview Assange in London and, when she eventually did, Assange’s Swedish lawyer was not permitted to be present. Ny closed the investigation in May 2017. There are no charges. Yesterday, Sweden dropped the rape investigation on Julian Assange.

It is left to a handful of independent journalists to chronicle these events. They understand that what is happening is a punitive assault on press freedom outside US borders, on the First Amendment guaranteeing press freedom in the US, and on the global public’s right to information. Noam Chomsky comments:

“Julian Assange has committed the grave crime of exposing power to sunlight.”

Murray says “the campaign of demonisation and dehumanisation”… whose success drives the lack of public support means… “he can be slowly killed in public sight.” The next public meeting for Assange is on November 28, 2019, in London. The Belmarsh court case is currently timetabled for February 2020. 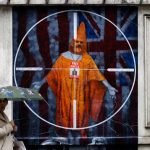 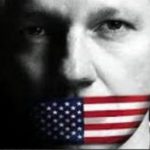