The demand for “justice” by the public had the ironic result of re-legitimizing the state as an institution that could in fact render justice – but only an empowered people can establish a just order.

The demand for “justice” by the public had the ironic result of re-legitimizing the state as an institution that could in fact render justice – but only an empowered people can establish a just order.

“It is the settler state, and the corrupt colonial/capitalist system and the interests that it upholds, that must be the target.”

As an ongoing phenomenon, the analysis of what is referred to as the George Floyd, or now the “Black Lives Matter” demos, must be necessarily tentative. It has been instructive to observe how the energy and passion of the spontaneous militant response to the murder of George Floyd went from a movement that saw the burning of a police station transformed into one in which, according to Martin Schoots-McAlpine , the most militant demand was to make “minor amendments to municipal budgets.” I will resist the temptation of attempting to address all the components and will only focus on one central element in this short essay. That element is the nature and role of the state — an element that has almost disappeared from liberal/left discourse and analysis but is essential for understanding the current political moment.

As the article by Schools-McAlphine lays out in meticulous detail, the state was able to engage in an effective counterinsurgency strategy in response to the protests in cities and towns across the country, which achieved many of its goals and objectives. And while I will not attempt to cover those arguments, I will restate my analysis that corresponds to many of the points in the article.

“The state was able to engage in an effective counterinsurgency strategy.”

The state was able to meet many of its counterinsurgency goals primarily because of the unevenness of political development that is reflected in the spontaneity and the narrow and amorphous demands for something called justice and then for ending “racism” or “white supremacy.” I characterized those objectives as to 1) get people off the streets in mass numbers, 2) split the movement by empowering moderates and isolating radicals, especially white radicals, 3) flip the oppositional energy into a re-legitimization of the state and 4) drive the remaining energy into the dead-end of policy wonkism.

I wrote about this as it was unfolding in real time: The media’s fixation was on property crimes and the “violence” of the protestors; the white outside agitator; the PR stunts by the police kneeling and even joining in with some of the protests; the state’s attempts to colonize/co-opt with the painting of BLM slogans on the street; and state officials joining demos – that is, after they had effectively separated out the militants and created the narrative of the good, peaceful protestor.

And finally, the appropriation of the actions by the Democratic Party as a referendum on Trump since, of course, he is responsible for racism, police violence and state repression!

We Must be Clear About the Nature of the State

In contrast to the liberal conception of a state and government, V.I. Lenin asserted in the pamphlet, State and Revolution, that a state was essentially “an organ of class rule, an organ for the oppression of one class by another.”

A central component of that class rule is that the state has a monopoly over the legitimate exercise of coercive force. But beyond the element of force, the state is made up of government, social institutions like educational institutions. But the modern, advanced capitalist states also have incorporated into the state all of the cultural and ideological apparatuses like the media, entertainment, and now the social media.

The U.S. state that was established coming out of its bourgeois war of independence and consolidated in 1791, represented the interests of the white male slavocracy. The white power represented in its founding documents, and its constitution represents a continuity of white supremacist power right up to this very moment. That is why the concentration on the so-called confederacy, at the time when people are talking about removing symbols of white supremacy, is so absurd and ahistorical.

As an instrument of class rule, and in the context of a settler colonial-capitalist state ruling on a white supremacist ideological foundation, the state is not a neutral force that can be appealed to. It has no autonomous rational character. It does not arbitrate disputes or contradictory demands from the oppressed people. Rather, it will modify those demands so that they remain within the bounds of the existing state. The state will give the appearance of attempting to respond to certain demands as an ideological device only when open repression is not necessary or would create political problems.

For example, the call to defund and abolish the police can be viewed as a democratic or transitional strategic demand that represents an understanding of the role of the police as a protector of oppressive white colonial power. The strategic ideological and organizational objective of that demand should be to create awareness of the real role of the state and to facilitate the building of an independent organizational power based in the working class in order to create the conditions for the elimination of the police — the capture and dismantling of the oppressive bourgeois state.

With that basic understanding, there is clarity that two interconnecting errors were being made by the forces who separate the demand for abolition of the police and prisons from the state and its role as an instrument of class rule: first, operating within context of a liberal idealist framework; and secondly, normalizing the existing state by the implication that the state can make alterations in its basic institutions of class control without having to be fundamentally changed.

That is precisely why the protests and the demand for something called “justice” by the public had the ironic, or contradictory, result of re-legitimation of white supremacy by re-legitimizing the state as an institution that could in fact render justice!

As a consequence of the vicious counterinsurgency waged against the Black Liberation Movement, which intensified during the administration of Richard Nixon and continued throughout the 1970s, even after the revelations of the FBI’s COINTELPRO, the Movement was devastated. This created opportunities for the ascendency of the Black petit-bourgeois administrative/managerial class that assumed political positions in municipal governments and even in Congress.

For our liberation forces, the disruption of organizational continuity meant that the experiential knowledge from militant struggles of the past and the moves made by the state to counter mass resistance has also been disrupted. It has meant that the last few generations have been forced to construct new knowledge — a process heavily influenced by their experiences in academia. Post modernism and Afro pessimism has produced a toxic brew of confusion which, out of the necessity of the battle being waged over the last few weeks, some are just beginning to emerge from.

That is what is hopeful.

Although the state was able to achieve its goals, these goals were/are short-term and stop-gap. The objective conditions of the collapse of the national and global economy and the ongoing COVID-19 pandemic translates into a situation where the state is still facing a formidable challenge because the structural crisis of capital has produced a set of irreconcilable contradictions.

Subjectively, large numbers of the young unemployed and underemployed petit bourgeoisie have been radicalized. Disparate but increasingly connected processes are developing that are leading toward the consolidation of a “new left” that will be grounded by the leadership of Black radical organizations, networks, and coalitions.

This will be the foundation of the intellectual and organizational leadership of the more longer-term resistance in the U.S.

“The structural crisis of capital has produced a set of irreconcilable contradictions.”

These Black formations will not see a dime of the massive amounts of money coming down the pipeline from the settler state and its associated institutions and the corporate sector. Why? Because these Black radical organizations, networks and coalitions are clear that it is the settler state, and the corrupt colonial/capitalist system and the interests that it upholds, that must be the target.

And while we recognize the righteous anger that our people have for the occupation forces in our communities, we also recognize that the police are one, albeit important, institution that must be brought under the control of the people if we are to have community self-determination as a collective human right.

The complete control of and democratic governance of territory where Black working-class people reside will represent a necessary qualitative development in self-reliant organization.

However, we operate under no illusions about what it will take to develop that capacity. Moreover, when it comes to the state’s repressive function as the leading edge of white capitalist rule, we understand that it will not voluntarily relinquish control of that apparatus. Therefore, the task is crystal clear: If one wants peace, human rights, self-determination and social justice in societies — in harmony with the needs and rights of mother earth — we must take and dismantle the capitalist state apparatus, take power from the capitalist minority, and build socialism. Any position short of that is a liberal and reactionary distortion. 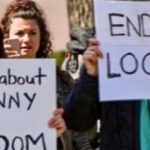 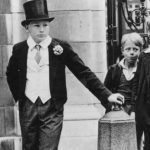