The document is attached here: The “Snipers’ Massacre” on the Maidan in Ukraine (revised and updated version), Feb 20, 2015. 69 pages.

Please note, this paper has been revised and updated in September 2015. Access this updated version here. Ivan Katchanovski researches and teaches at the School of Political Studies & Department of Communication, University of Ottawa. The document is 69 pages (double spaced sentences). 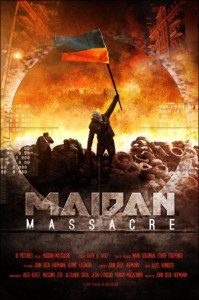 A 53-minute film on the shooting massacre in Maidan Square in Kiev on Feb. 20, 2014 was released last year. ‘Maidan Massacre’ is written and directed by John Beck Hofmann. Read more here.