The smear campaign at the centre of Green debacle 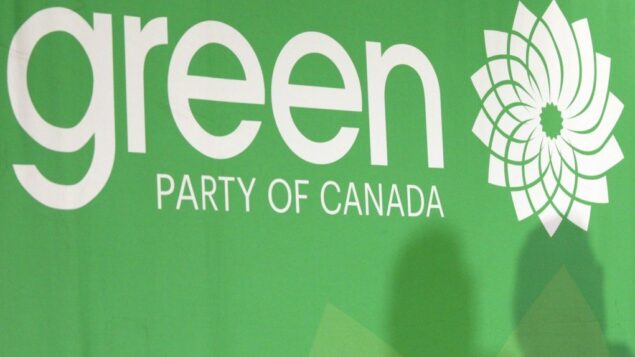 Last week Annamie Paul added a new chapter to her deception in service of Israeli colonialism and fidelity to Noah Zatzman. On Tuesday the Green party leader told the Globe and Mail that the federal council of the party no longer required her to repudiate Zatzman’s anti-Palestinian smears and threats against Green MPs (as well as other politicians).

Last week Annamie Paul added a new chapter to her deception in service of Israeli colonialism and fidelity to Noah Zatzman. On Tuesday the Green party leader told the Globe and Mail that the federal council of the party no longer required her to repudiate Zatzman’s anti-Palestinian smears and threats against Green MPs (as well as other politicians).

In commenting to the Globe Paul was probably seeking to portray herself as the victor in the internal party dispute in the hope the council will drop talk of a leadership review. Paul understands that the federal council is in a bind since discussing the ouster of the leader weeks before a probable election is damaging. Paul has the media megaphone and has made it clear she is willing to say anything to take total control of the party. Finally, getting 75% of council members — the threshold required to bring the question to the membership — to vote to remove Paul is extremely difficult, especially since a handful of council members (short-sightedly) resigned recently to protest Paul’s actions.

But Paul’s bid to strong arm the council into accepting the conflict was resolved on her terms backfired. The next day the head of the federal council Liana Cusmano told the Canadian Press the vote of nonconfidence in the leader was moving forward and she organized a member’s townhall to discuss the situation. Cusmano said the party’s federal council was moving to sanction Paul for “failing to openly condemn the actions of Noah Zatzman.”

In response Zatzman confirmed the importance of Paul repudiating her former (and current?) senior adviser. Zatzman sent a statement to the media calling the Green council’s action “further evidence of an organization whose leadership fosters a culture of systemic anti-Semitism and discrimination.” If that wasn’t bad enough, Zatzman subsequently threatened to sue. “If the party does not immediately retract this attached statement that was just read out publicly, I will begin legal action,” he wrote in an email to council president Cusmano and interim executive director Dana Taylor, which was copied to numerous others. Zatzman added, “Liana [Cusmano], your conduct is truly appalling, your statement contains alternative facts, and you should be ashamed of yourself for these Soviet-style tactics. This is Canada — a free and open democracy — your actions are autocratic, borderline Orwellian, and wrong; and have caused me great harm.”

This is but the latest of Zatzman’s threats and smears. In his infamous May 14 Facebook post, Zatzman denounced“appalling anti-Semitism” and “virulent anti-Jewish behavior” by a slew of politicians who he threatened to “defeat”.On Twitter and in media interviews he has smeared others who disagree with his anti-Palestinian outlook. He called on “all progressives” to “stay away” from the 2,300-member Green Party of Canada Supporters Facebook group. “They are not climate activists and I doubt they are even members of the Green Party of Canada”, he wrote. “It is a group of 150 of the country’s worst anti-Semitic actors … including a few neo-Nazis. They have been digitally harassing me and many others because we are Jewish in recent days, weeks and months. We must all come together to defeat anti-Semitism!!!!”

As he’s threatened and smeared Greens who criticize his beloved Israel, Zatzman has presented himself as the victim. He repeatedly claimed those criticizing his outrageous May 14 statement were anti-Semitic. He told a CBC reporter that his parents had to delist their home address (how do you delist an address?), presumably fearing Green activists.

This from a supporter of Israel, who I can find no record of ever criticizing Honest Reporting Canada and other similar pro-Israel organizations who have repeatedly intimidated journalists, academics and others. Does he really believe it is acceptable for supporters of Israel to “cancel” people’s jobs and ruin their careers for defending Palestinians but “outrageous anti-Semitism” for Green Party members to be offended and want him fired when their party dues and donations are going to fund someone who says he will work to defeat two-thirds of the party’s federal caucus?

Given his background of working in public relations for the Ontario premier and a large insurance company perhaps he thinks he can “spin” anything. But few people are buying what he’s selling.

Incredibly, throughout the seven-week Green party saga Paul has effectively stood beside Zatzman, refusing to criticize his anti-Palestinian attacks. She kept him on as a “volunteer” adviser after the executive council terminated Zatzman’s contract and Paul defended Zatzman to the council. Presumably, Zatzman is still aiding Paul behind-the-scenes and his recent attacks against the federal council were carried out with Paul’s approval. While slightly less crass, Paul has generally echoed Zatzman’s positions. In a number of recent interviews, for instance, she strongly implied that journalists asking her to criticize Zatzman’s threat to “defeat” Green MPs were doing so because she’s Jewish. She’s repeatedly accused her critics of anti-Semitism. In a hit piece titled “On eve of leadership choice, Canada’s Greens confront anti-Semitism in their ranks”, she bemoaned to Global News in October about “the level of vitriol” against her. “Most of the attacks, most of the online hate that I’ve received has really been targeted at my Jewish identity”, claimed Paul in an interview where she said her main competitor for the party leadership, Dimitri Lascaris, shouldn’t have been allowed to run. In that story the vice-president of the Centre for Israel and Jewish Affairs Richard Marceau said, “radical far-left activists are trying to take control of the Green Party, hijack the Green Party.”

During and just after the leadership race Paul was also quoted in the Times of Israel, Ha’aretz, Jewish Independent, Canadian Jewish Record and elsewhere attacking Green Party members as anti-Semitic. In a July 2020 Canadian Jewish Record commentary she wrote, “My loyalty to Canada has also been called into question, and I have been accused of taking bribes from Israel, leading a Zionist take-over of the Green Party of Canada and of spreading hasbarah.”

To get her way Paul has had her underlings accuse others of anti-Semitism and racism. As part of a battle with the Green council over paying her the salary of an MP ($185,000) and plowing significant resources into her (longshot) Toronto riding Paul’s campaign manager, Sean Yo, suggested the council was anti-Black and anti-Jewish in an April story the Toronto Star headlined “Senior Green officials are sabotaging the first Black woman to lead a Canadian political party, ‘disgusted’ insiders say”.

Still, Paul will most likely survive the nonconfidence vote on July 20. But it’s important for anyone concerned about democracy in a supposedly progressive party to not let Paul simply move on from this dispute. Standing up to Paul’s bullying is a matter of principle.

A similar dynamic is at play for those who believe Palestinians are human beings. It’s important that Paul pays a price for her flagrant anti-Palestinian behavior. But on the Palestinian question there is more of an upside since Zatzman’s blatantly crass bullying and avoidance of the real issue (a party adviser publicly revealing he is working to defeat Green MPs) has only served to discredit the Israel lobby.

While many progressives remain unwilling to confront the subject, the attacks against leftist British Labour party leader Jeremy Corbyn highlight the importance of calling out “anti-Semitic” smears. Palestine solidarity and the left more generally are confronted with history’s greatest ever ‘identity politics’ smear campaign. In navigating this predicament, it is preferable to do battle with an adversary who lacks subtlety and nuance. Zatzman fits the bill and the more attention we can draw to his ridiculousness the better.