The following commentary was received by New Cold War.org from a correspondent in Ukraine.

When can we define the emergence of the Ukrainian language? For sure, our nationalists (as well Russian nationalists) try to trace the origins of language as far back in history as possible in order to support present-day political agendas. But when we speak about Russian and Ukrainian in the XVII century – it’s like speaking about the concept of citizenship in the same period. In short, we automatically expand to the past modern categories and standards which did not exist at that time. 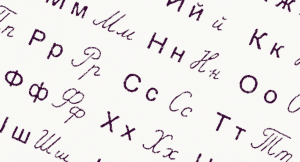 The Cyrillic alphabet is common to the Russian and Ukrainian languages

There was a language spoken in Russia, Belarus and Ukraine in the XVII century and this language has common features with modern Ukrainian, Russian and Belarusian languages. We can call that old language Old Slavic, East Slavic, Old Russian, Old Ukrainian etc. But this is just a matter of modern claims to legacy serving a present political order.

This was written in a recent essay by the respected scholar Nikolai Petro: “First, though, we need a bit of essential history. By most accounts, the Ukrainian language developed more or less simultaneously alongside Russian and other Eastern Slavic languages, becoming distinct from the rest of them around the 14th century. After the union between Russia and Ukraine in the mid-17th century, Russian gradually became dominant in cities, while Ukrainian was more widely spoken in rural areas.”

This is a typical exageration. In the 14th century, there were not even such words as ‘Russian’ or ‘Ukrainian’. The language spoken in the XVII century in both Russia and Ukraine was not Russian or Ukrainian. A modern Ukrainian or Russian citizen can hardly read and understand that language since it differs from both of them (something in the way in which olde English differs from modern English).

Those who claim the existence of Ukrainian or Russian languages in the XV or XVII centuries should show us some printed texts of those eras some we may compare. There are actually many such texts which could be examined.

The texts of Kyiv thinker and philosopher G.Skovoroda (late XVIII century) were written in what can be compared to modern ‘surzhik’. The codes, agreements and papers of Ukrainian Cossacks, rural rebels and religious thinkers of the XVIII century are written in old versions of language, common to Russia and Ukraine at that time.

We may say about the not yet completed division between Russian and Ukrainian that they resembled Siamese twins attached to one another. Not yet completely separated. That’s why the characteristics of both languages is their ‘mutual intelligibility’ (http://en.wikipedia.org/wiki/Mutual_intelligibility). This is evidenced most strongly by the popular dialect ‘surzhik’.

When we speak about creole ‘surzhik’, the main problem with its formalization into an official language is its grammar and lexical rules. As a non-fixed language, it exists and is spoken in a number of versions, each one easily understood. But it is neglected by the literary intelligentsia of both countries. One and same phrase may be spoken in many variants (voluntarily changing and replacing words, pronuncation and even creating new words on the base of Russian or Ukrainian. The standards of ‘surzhik’ cannot, therefore, be fixed.

‘Surzhik’ is a real, popular language which is not just a product of a mixture but quite probably a language in its own right which has existed even before attempts to introduce standards, norms and rules of grammar to Ukrainian and Russian. 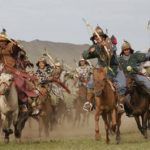 Distorting facts to drive a wedge between Ukrainians and RussiansBackground, Ukraine, Ukraine language and nation 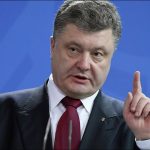