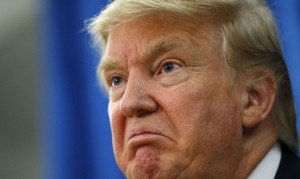 I’ve been following American Presidential Elections in minute detail since the age of 15 back in the days of Bush V Gore 2000 and then Bush V Kerry in 2004 along with the further contests of 2008 and 2012. During that time, I have also been a keen student of American politics and history and an avid observer of the current US political stage.

So, when Donald Trump, the New York billionaire announced back in the summer of 2015 that he was running for the Republican Party’s nomination I rolled my eyes and thought his would be another clown, media-celebrity driven flash in the pan candidature which would have its five minutes of notoriety and national attention and then fade with no significant political impact and repercussions. Casting over the GOP field back in those early days of the summer of 2015 it would have seemed to me the probable Republican Presidential nominee would be perhaps Jeb Bush or Senator Ted Cruz or if the GOP was really smart perhaps, maybe fresh faced, Cuban-American Florida Senator Marco Rubio. Ergo, not even I with my wealth of American Presidential study could have foreseen that Donald Trump would be such a serious, perhaps unstoppable, contender for the 2016 Republican Party nomination for President of the United States.

What has been sweeping across the United States, specifically the Republican Party, with the rise of Donald Trump has been quite unbelievable and in many ways signals serious problems for democracy as a system of government. The rise of Trump also represents the dark side of America. Let us separate the man from the message and with that also Trump supporters. In many ways Donald Trump is not as concerning and as disturbing as the ideology and political rhetoric and style he has given rise to along with the many people who do not see him for what he is and instead passionately support him and seem entranced with him. Trump is merely the charismatic, colorful and powerful expression that this ideology and this group of people have been waiting for to give voice and image to their emotions and doctrine and with it popular, electoral legitimacy. One must go back to the Global Financial Crash and Great Recession to understand the genesis and evolution of this stridently right-wing, nativist, anti-immigrant and angry anti-Establishment movement on the conservative spectrum.

In many ways the Republican Party has been a political beneficiary of the fallout from the Global Financial Crisis and Great Recession and also a victim. While the fall of Lehman Brothers may have sunk John McCain’s chances of winning the White House in September 2008, it was the ensuing pain and hardship of the economic and social devastation wrought by Wall Street which was ridden, ironically, by the Republicans on a wave of voter anger and anguish to overturn the Democrats huge majorities on Capitol Hill in the mid-term elections of November 2010 capturing the House of Representatives after losing it in a similar voter wave of incumbent rebellion during the anti-Iraq war Congressional mid-term elections of 2006. This was taken to historic highs in the 2014 mid-term elections with the GOP securing its largest majority in the House since 1928 and also taking back control of the Senate. This was fuelled by a tea-party movement of anti-big government, pro-low taxes, anti-bail out conservatives who began to fiercely oppose the administration of Barack Obama as early as 2010.

The Tea Party came into being in campaigning against President Obama’s proposed healthcare reform bill in the summer of 2009. It was an alliance of conservatives who believed passionately in small government and were appalled at the large expansion of government spending during the George W Bush years with an ugly strand of xenophobic, isolationist nationalism. It’s poster children and chief representatives were the likes of 2008 GOP VP Nominee Sarah Palin; cable talk show host Glenn Beck and radio host Rush Limbaugh as well as Congressional followers such as Michelle Bachmann and Ted Cruz. It has actually been surprising that these forces of anti-government, hard line conservatism and isolationist nationalism have not been able to take control of the Republican Party at the national Presidential level.

It’s hard to remember but back in 2007/2008 when John McCain secured the Republican Presidential nomination to secure the succession of the leadership of the Republican Party, there was no such organized, visible and vocal Tea Party faction with such cohesion on trade, jobs, taxes, spending, foreign policy, immigration and rhetoric/style. There were the dominant religious right social conservatives and the foreign policy/national security «America’s Mission in the World» neo-conservatives as well as small government right-wing defense/nationalist hawks. By 2012, after the contentious and remarkable emergence of the Tea Party in opposition to Obamacare and its energy and momentum spearheading a Republican takeover of the US House of Representatives, the Tea Party was in the ascendant and seen as one of the dominant power brokers within the Republican Party.

Yet it was unable to secure a Tea Party anointed candidate to lead the party in the 2012 Republican Presidential Primary. Instead the Establishment Republicans of the North East moderate WASP, country club branch held on to power with the nomination of Massachusetts Governor Mitt Romney. In 2008 Senator John McCain of Arizona represented the Capitol Hill Establishment Republican national security and military structures. McCain too represented a win for the Establishment even though he had rebelled against its preferred choice in 2000. McCain, like Romney, was fundamentally from the moderate, centrist and mainstream of the interventionist, internationalist wing of the Republican Party. By 2016, the anger and fury of the Tea Party movement and the wider ranks of the GOP had only intensified with the roll out of Obamacare and the rise of ISIS as well as the continued deep financial and economic pain and anxiety felt in industrial towns and villages across the country.

With frustration still raw after the inability of Mitt Romney to vanquish the Tea Party’s ultimate hate figure of President Obama, the angry, white, uneducated wing of the Republican Party were determined this time in 2016 they would gain control of its Presidential ticket. Now in 2016, with Donald Trump they had the unlikely charismatic and television savvy billionaire businessman turned reality TV star turned politician to finally lead them in an all out struggle to take over the power base of the Republican Party. They had craved Sarah Palin to run in 2012 and perhaps she may well have shaken up the race enough to give Mitt Romney a run for his money, but she calculated shrewdly she would have too high negatives to win in a national election. Mr Trump and his fans however have no such inhibitions. Even though he has sky high negative personal ratings this is no impediment to him continuing to romp in Primary contests. If you study the composition of Trump’s rallies you will see it is a near complete sea of white faces, and quite male dominated at that. The rise of Trump is in many ways a white backlash against the impending demographic shift in American society. The United States, already one of the most ethnically diverse states in the world, will by 2043 no longer be a white majority country.

As I wrote in an earlier piece at the start of 2016, there is a crisis of democracy in the West with sections of Western democratic publics and the politicians they elect engaging in the political and democratic process as if it were akin to a reality TV show driven purely by entertainment and television ratings, rather than the serious business of governing a country. For democracy to work properly you need a highly politically aware and engaged voting public. It is not just incumbent upon the politicians in a democracy to make democracy function and ensure it lives up to its high minded ideals; it is also the responsibility of each and every voting citizen. In a supposed democracy, it takes two to tango, or else democratic publics get the politicians and the governments they deserve, as we are seeing now in the form of Mr Trump. In many ways democracy is a recipe for division and disunity in a country. A Hillary Clinton or Bernie Sanders voter is very different from a Donald Trump voter. A key insight into Mr Trump’s campaign strategy has been when he exclaimed after a series of primary victories: «I love the poorly educated». I’m sure he does, because it is always the least sophisticated and unaware in societies who are most vulnerable and susceptible to the lure of a con artist and fraudster, promising to deliver them to the uplands of celebrity riches.

That is precisely what Mr Trump is, a confidence trickster who preys on some of the most economically and socially challenged people, manipulating and exploiting them for his own gain. What is even more alarming is the fact that Trump is a symptom of a lot of very desperate people in America who are willing to buy the schlock he is selling in the misguided hope that he will be able to bring more job opportunities and higher incomes to them. This is an indictment of the ultra-free market, free trade, fundamentalism and laissez-faire small government Reaganism which has held sway in American economic and government policy to varying degrees over the last near four decades. One thing is clear with the rise of Trump. Hopefully, if Mr Trump is thwarted in his Presidential ambitions, after this circus of elections is over, a serious and sweeping overhaul of the United States economic and social policies, system of government and institutions are desperately needed to create a more equal, socially just and crucially BALANCED society.

As Donald Trump racks up victories in the Republican presidential primary, breezily promising to win Democratic states like New Jersey and Michigan in the general election, it’s easy to forget just how unpopular he is with the American public. Extremely unpopular. Historically unpopular… 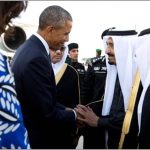 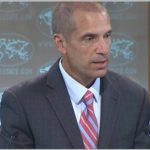 Why is Canada’s U.S. ally so ambivalent about ISIS, and what does it mean for Canada?Multipolarity