The Return of the Inexplicable Republican Best Friend 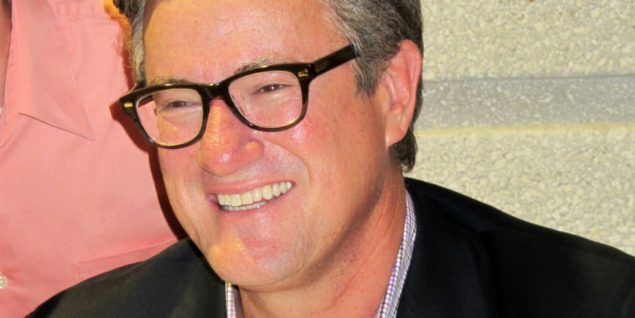 Fair shows the narrow range of debate in the US MSM and how it is presenting GOP “left-bashing” as “good faith advice.”

By James Graham and Adam Johnson

Republican pollster Ed Goeas (The Hill, 12/3/18) says he has “warned many of my Democratic friends that they are facing something in the Democratic Party much like what we faced with the Tea Party,” which resulted in the biggest midterm gains for any party since 1948.

It’s a trope that dates back more than a decade, but the rise of Sen. Bernie Sanders and Rep. Alexandria Ocasio-Cortez has seen a recent surge in the Inexplicable Republican Best Friend (IRPF), a specific genre of concern-trolling where a long-time Republican operative, politician or pundit offers “advice” to Democrats about how they should avoid going “too far left.”

These takes—frequently featured as earnest appeals in liberal and centrist outlets—are ostensibly framed as straight-talk advice that should be accepted as objectively in the Democrats’ best interest, and never presented as an ideological argument that would otherwise make sense coming from a right-winger. “Republican hates socialism” isn’t that newsworthy, whereas “GOP operative identifies Democrats’ best interests” somehow is.

Bernie Sanders is Trump reelection insurance. “The solution to Trumpism is a crusty 80-year-old professor of socialist poetry from Bennington Community College,” said no one, ever. Why not just declare the Sanders/Gabbard ticket now and bring the doom early? 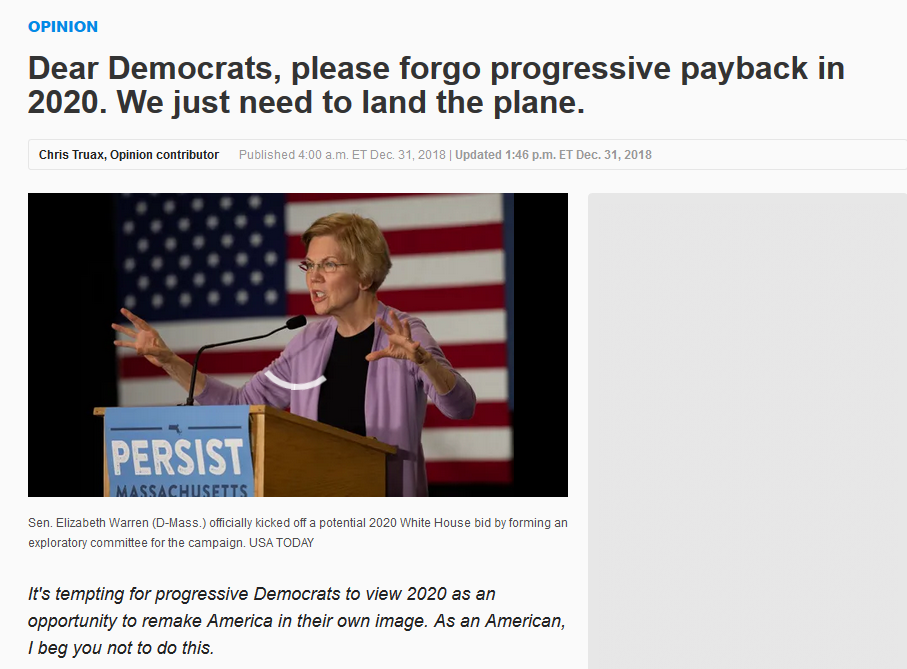 USA Today (12/31/18) warns against “progressive payback,” by which it means the enactment of progressive policies.

Republican lawyer Chris Truax, writing in USA Today (12/31/18), at least had the self-awareness to recognize that “progressives often get annoyed when well-meaning conservatives offer them political advice.” So instead, he told Democrats, “I am speaking to you as one American to another about what our country needs.” And what the United States needs, it turns out, is to not have a progressive political agenda succeed, because that would only create a “permanent political canker sore.”

Why, one is compelled to ask, do longtime, diehard conservatives care so much about what’s in the Democratic Party’s best interests? Put differently: Which is a more likely scenario: that these Republican pundits, politicians and highly paid talking heads actually care about the future of the Democratic Party, or that their “concerns” about insurgent leftism in the party are just an ideological objection to leftist ideas themselves? Not to mention that in the event of a Sanders presidency, or a party shift where the tone and content of policy are set by the likes of Ocasio-Cortez, these pundits would be rendered superfluous.

Yet centrist and liberal media give a platform to conservatives who are presented as Just Giving Friendly Advice. On MSNBC (2/22/19), host Stephanie Ruhle entertained conservative columnist A.B. Stoddard’s contention that Trump secretly wants to elevate Bernie Sanders and Alexandria Ocasio-Cortez, and that centrist habitual staff-abuserAmy Klobuchar is more likely to win in 2020. Ruhle and Stoddard would have us believe that right-wing media obsess over Ocasio-Cortez and ignore Klobuchar because they’d prefer to take on the former and secretly fear the latter.

But this makes no sense. You don’t attack politicians because you prefer them; you attack them because you’re scared of them. Why would Trump and the Republicans fear Klobuchar, whose “moderate” policy approach and managerial affect are 2020’s closest analogue to the candidate they defeated in 2016? 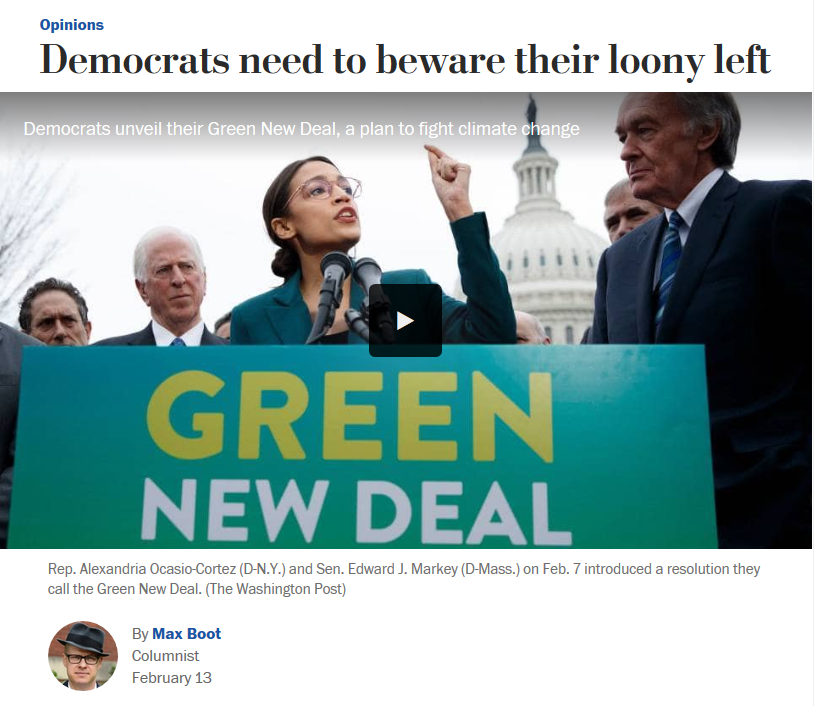 Max Boot (Washington Post, 2/13/19) cautioned Democrats they would squander “a heaven-sent opportunity to win back the White House and Senate in 2020” if they don’t distance themselves from progressives.

The right criticizes left-wing politicians on both ideological and pragmatic grounds. They criticize them because the right, by definition, loathes the left’s worldview, and because the left shakes up the neoliberal status quo that’s given the right the edge for 30 years. The emerging progressive wing of the Democratic Party doesn’t buy into discredited austerity logic, or the “race to the center to pick up Republicans in Fairfax, Virginia,” consensus. At least on domestic issues, they offer a bold alternative vision that rejects the capitalist premises Republicans have always used to control the terms of debate. Why wouldn’t the Navarros and Frums and McMullins want to discredit them?

The whole rhetorical gambit is bad-faith claptrap. And, as with most ideological scams, it only travels in one direction: leftward. One seldom hears liberals or leftists in the press give “advice” to Republicans about what they ought to do to win. This isn’t a posture they mimic, because they’d be laughed out of the room. Why would partisan Democrats care about what’s best for the conservative agenda? Somehow the inverse isn’t true. In corporate media, anti-choice, racist, warmongering, overpaid mercenary GOP “strategists” are treated like objective, neutral voices simply looking out for the best interests of the people and institutions they’ve spent their lives trying to destroy.