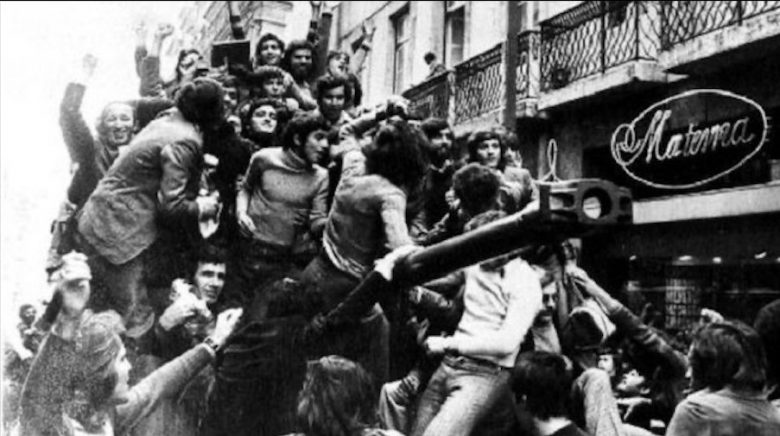 Citizens on top of a tank during protests against the Oliveira Salazar regime, Portugal, April 25, 1974. | Photo: Twitter/ @Mazarelosgal

On Monday, April 25, 2022, the Portuguese people celebrated the 44th triumph anniversary of the Carnation Revolution that overthrew the Marcelo Caetano’s dictatorship (1968-1974). This government was the last part of an authoritarian Catholic regime that began with the 1926 coup d’état, which allowed dictator Antonio de Oliveira Salazar to rule until 1968.

On Monday, the Portuguese people celebrate the 44th triumph anniversary of the Carnation Revolution that overthrew the Marcelo Caetano’s dictatorship (1968-1974). This government was the last part of an authoritarian Catholic regime that began with the 1926 coup d’état, which allowed dictator Antonio de Oliveira Salazar to rule until 1968.

On April 25, 1974, members of the Portuguese army grouped in the Armed Forces Movement (MFA) held a peaceful and highly organized uprising against the Caetano regime, which repressed social leaders, refused to hold elections, and opposed the liberation of the Portuguese colonies in Africa.

The civilian population joined the rebels, who introduced red carnations into the cannons of their rifles to show the demonstration’s passivity. The protesters managed to take the country’s main military fortresses, seize ammunition from the International Police and State Defense (PIDE), and dismiss Caetano in less than 24 hours.

After the revolution’s triumph, the MFA organized a National Salvation Board (NSB) to advance the transition to democracy. The NSB immediately released the dictatorship’s political prisoners and organized the returning of exiled citizens.

Today is the 25th of April, anniversary of Portugal's Carnation Revolution.

Given our global context, it's a good moment to remember what it was like to live under four decades of authoritarian rule and to celebrate the people who fought to restore democracy 48 years ago… 🧵 pic.twitter.com/UHcBVJe4e1

The board also promoted social policies such as the nationalization of companies and banks, the legalization of trade unions, and the organization of the first free presidential elections on June 27, 1976, in which the MFA member Antonio Ramalho Eanes won.

Besides restructuring the Portuguese armed forces to ensure the protection of citizenship, Ramalho ended the colonialist wars intended to deny the right to independence to Guinea-Bissau, Angola, Mozambique, Cape Verde, Macao, Sao Tome and Principe, and Timor. 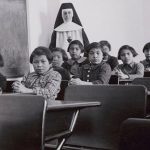 Catholic apology is just a start: Reconciliation is what happens after ‘sorry’Canada, Indigenous communities, Justice 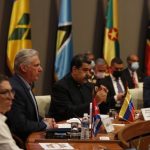