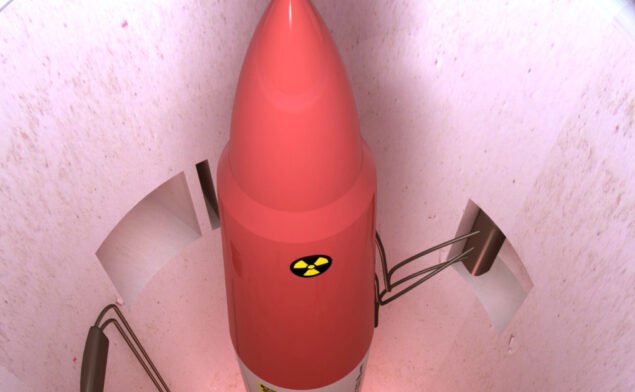 Panicking over this development would just encourage Beijing to increase its arsenal more than it already is.

China hawks have seized on a report about new Chinese missile silos to spread alarmist claims about the Chinese nuclear arsenal and agitate for a new arms race.

The revelation that China has been quickly building approximately 119 new hardened silos in the desert of Gansu province is important new information, but it does not support the absurd and exaggerated claims that hawkish analysts have made about Beijing’s arsenal. It appears that China is seeking to increase its arsenal’s survivability in the event of a conflict with the United States, and it is doing so in response to U.S. nuclear modernization and missile defense.

Dr. Jeffrey Lewis, one of the scholars that confirmed the existence of the silos, saidas much after the news broke: “We’re stumbling into an arms race that is largely driven by U.S. investments and missile defense.”

There is no reason to panic about the new silos, and if the U.S. were to overreact to this development it would just encourage China to increase its arsenal more than it already is. A smarter response would be to engage China in arms control talks. The U.S. should reconsider its own nuclear modernization and missile defense plans since these seem to be stoking tensions and contributing to an avoidable arms race.

China hawks adamantly reject the idea that China could be reacting to anything that the U.S. has done, and then in the next breath insist that the U.S. must respond to Chinese actions by building more and more advanced nuclear weapons. Matthew Kroenig recently offered one of the most overwrought reactionsin The Wall Street Journal: “[The U.S.] should continue with the bipartisan plans to modernize U.S. nuclear weapons. In addition, the Pentagon should study whether it can meet its deterrence requirements with existing stockpile numbers, or whether an increase beyond New Start limits is necessary.”

Not content with merely fearmongering about China, Kroenig suggests burning down the remainder of the existing arms control architecture that provides strategic stability with Russia as well. This comes across as a desperate bid to use the latest news about Chinese silos to justify a weapons-building spree that hawks have wanted all along.

While hawks assume the worst about Chinese intentions, they cannot imagine that Chinese planners may be doing the same with respect to U.S. intentions. They insist on spinning the new findings as proof that China may be positioning itself for a first strike, which is both contrary to China’s official doctrine and completely irrational given China’s much smaller arsenal. Gordon Chang is notoriously bad at predicting things about China, having claimed that the government was going to collapse a decade ago, but that doesn’t stop him from asserting that the new silos mean that “China is now shifting to war-fighting mode.” Even more absurdly, Chang uses China’s unwillingness to join trilateral negotiations with the U.S. and Russia during the Trump years as proof that China must be seeking to build an arsenal even larger than ours: “Beijing’s refusal to talk and its insistence on secrecy about its arsenal means Washington has no choice but to believe Beijing intends to build a bigger nuclear force than America’s.”

These are preposterous conclusions to draw from the available evidence, but hawks can frequently dictate the terms and direction of a policy debate by making outlandish, unproven claims about foreign threats.

James Acton counsels against assuming the worst about the new evidence. The construction of so many new silos does not necessarily mean that China will put an ICBM in each one:

“There are even reasons to wonder whether every silo will be loaded with a missile. China wants its nuclear forces to be survivable. It worries that the United States, in a conflict, might attack China’s nuclear forces preemptively (with conventional or nuclear weapons). China has built a vast network of tunnels to help hide, and therefore protect, its relatively small force of mobile ICBMs. In a similar vein, some of the new silos may be dummies, intended to complicate U.S. targeting plans. In fact, China may even plan to shuttle a small number of ICBMs among a much larger number of silos in a kind of “shell game.””

Dr. Christopher Twomey testified last month before the U.S.-China Economic and Security Review Commission about China’s nuclear arsenal and posture, and his testimony offers an antidote to the many alarmist assertions we have been hearing. He notes that “China perceives the nuclear arms race between the USSR and United States to have been both dangerous and a costly waste of resources. As such, China is reluctant to engage in such competition today.”

That hardly sounds like a government intent on racing to parity with the U.S. and Russia. To the extent that China is making changes to its arsenal, one of the most important causes of this is U.S. missile defense. “Continued refinement of the ground based interceptors in Alaska (and California), the joint development of the SM-3 block IIA system with Japan, and exploration of multi-object kill vehicles all pose threats to China’s ability to retain an assured retaliation capability, or more particular to deter a potentially disarming first strike by the United States,” Twomey said. This reminds us that missile defense can have destabilizing effects by creating incentives for other nuclear-armed states to build more weapons in response. Even though we know that missile defense technology is costly and unreliable, planners in other governments are going to assume that it works and adjust accordingly.

Acton proposes the outlines of what a U.S.-Chinese arms control agreement might include:

“One route to avoiding an arms race might be a credible Chinese commitment to use any newly produced fissile material exclusively for civilian purposes or, better still, not to produce any more at all. Of course, China would be unlikely to make such a commitment until it’s confident in the survivability of its nuclear arsenal. To build such confidence, the United States could commit, in return, to limit its missile defenses — by, for example, not developing or deploying space-based defenses. In fact, it’s actually in the U.S. interest for China to be confident in the survivability of its nuclear deterrent to reduce any pressures on China to use nuclear weapons first in a conflict.”

In that sense, the new Chinese silos may have a stabilizing effect by giving Beijing confidence in their arsenal’s survivability. If the U.S. wants to avoid the enormous costs and risks of a new nuclear arms race, it should respond to these latest developments calmly and by exercising restraint. Sooner or later, the U.S. will have to include missile defense as part of arms control negotiations with both Russia and China, and we should begin preparing for that eventuality now.

As two of the world’s recognized nuclear weapons states, the U.S. and China have an obligation to work towards disarmament and not look for excuses to pursue costly and unnecessary buildups in our nuclear arsenals. Stabilizing the U.S.-China relationship through arms control agreements will also help keep the peace in East Asia to the benefit of all concerned. 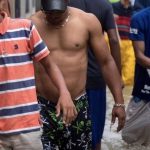 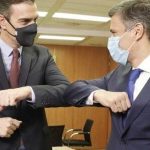 Use and Abuse of Diplomatic Asylum to Assault VenezuelaEn Español, Foreign intervention, Imperialism, Latin America and the Caribbean, Other languages, Venezuela