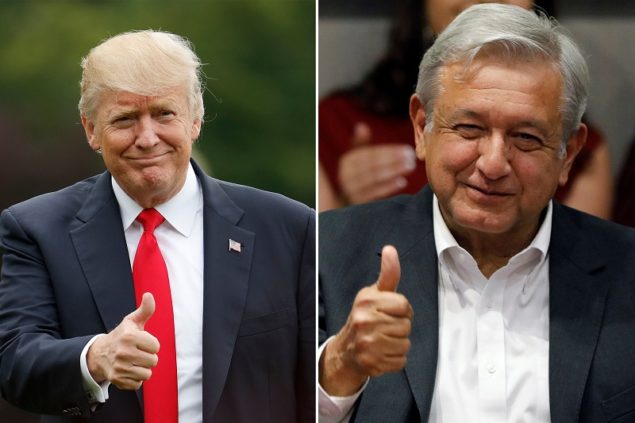 Mexican President Andres Manuel Lopez Obrador (AMLO) has ended his trip to Washington that was intended to celebrate the signing of a joint declaration pertaining to the new United States-Mexico-Canada Agreement (USMCA) that took effect July 1. Canada’s Prime Minister Justin Trudeau was the only leader of the three who was absent.

The author is not aware of any official invitation from President Trump to Trudeau. There has been a nudge from AMLO in a phone conversation to join him but it was not AMLO’s role to extend one. Trump does seem to have a reputation of preferring one-to-one meetings.

However, Trudeau may have not been in the mood for celebrations when the Trump administration is threatening to reimpose tariffs on aluminum imports from Canada despite the USMCA. The Prime Minister admitted to that when he announced he would not attend the meeting “citing tensions over possible U.S. tariffs on Canadian aluminum”. The concerns over the coronavirus pandemic that forced the closing of the Canada-U.S. border may have been overplayed since Canadian External Affairs François-Philippe Champagne did travel by car to New York in mid-June for the vote at the UN where Canada lost its bid to a seat at the UNSC.

But even with Canada absent, there was plenty to analyse from the Trump-AMLO meeting from both sides of the border.

AMLO initially justified his visit, the first trip abroad during his presidency, as a good neighbourly action but he also added that the U.S.-Mexico relationship is “also an indispensable commercial and economic relationship.” This is a very pragmatic approach coming from a president who was elected for his firm foreign policy position against a U.S. administration in defense of Mexican sovereignty by promising that he would not be bullied by his Northern neighbour.

As if accepting that the USMCA was not enough to show the “indispensable…relationship”, AMLO saw it necessary to give a more visible sign of acquiescence to Washington, hence his seemingly ingratiating trip via a commercial flight at the time that the COVID-19 pandemic is at its worst in the U.S. One wonders if his repeated “nudge” to Trudeau to join him was AMLO’s way of not being seen as the only compliant partner. Or, was he perhaps following Trump’s request to make an invitation that he knew would be refused? We will never know.

On the U.S.-Venezuela issue, AMLO said diplomatically that he would not take sides in the dispute, which might explain his lack of involvement in the so-called Lima Group that seeks regime change in Venezuela. But he also stated that “he would sell gasoline to Venezuela for ‘humanitarian’ reasons if asked to, despite U.S. sanctions on the South American country and its state-run oil firm, PDVSA.” That kind of promise by other governments has typically received a very strong threatening reaction by the Trump Administration. Consequently, some Mexican firms and people, allegedly involved in trading Venezuelan oil, were not the exception and were hit by U.S. extraterritorial sanctions less than three weeks before the trip. In an apparent obedient actio,n the Mexican government’s financial crime department froze the bank accounts of companies and people that were blacklisted by the U.S.

On the domestic front, AMLO had received criticism even before his visit to the White House. But it must have been very hard, and possibly incomprehensible, for many Latin Americans to hear a Latin American president say, “you have never sought to impose anything on us, violating our sovereignty. Instead of the Monroe Doctrine, you have followed in our case the wise advice of … prudent George Washington, who said, ‘Nations should not take advantage of the unfortunate condition of other peoples.’ You have not tried to treat us as a colony. On the contrary, you have honored our condition as an independent nation. That’s why I’m here, to express to the people of the United States that their president has behaved with us with kindness and respect.”

It must have been very hard, and possibly incomprehensible, for many Mexicans to hear their president addressing Trump during a joint press conference and saying that, “We have received from you understanding and respect.” They may still remember Trump’s anti-immigrant policies and accusations against Mexicans as criminals and rapists. As if reassuring both Mexicans and Americans, Lopez Obrador also said, “Some thought that our ideological differences would take us inevitably to a confrontation. Fortunately that omen did not happen.” (The ull transcript of the press conference can be read here). On a separate occasion, he reiterated that “we are not fighting, we are friends.”

More ominously, AMLO has been confronting serious opposition at home with a movement that wants to oust him before the end of his term in 2024. A recent investigative report points to “far-right oligarchs” in Mexico bent at toppling AMLO and who would welcome U.S. help for doing that.

From The U.S. Standpoint

While AMLO’s critics ponder whether his visit to the White House was timely before the U.S. presidential elections in November, in the U.S., the visit is a definite gain for Republicans and their candidate. The signing of the USMCA is by itself a major political score for Trump who had campaigned on the promise to re-write the previous NAFTA agreement. To have the president of Mexico come and sing praises in Trump’s ears is the proverbial icing on top of the cake; and the cherry on top of it all is AMLO not meeting with Democrat contender Joe Biden. However, not much should be read in his avoidance at meeting with him because regardless who will be elected in November, U.S. foreign policy will not substantially change.

Trump showed his gratitude to the president of Mexico by bestowing him with words of admiration both personally about their shared friendship “against all odds” and for the “incredible” Mexican people.

It is too early to judge the full consequences of the Trump-Lopez Obrador meeting in Washington given their respective domestic political realities. Relationships between governments are delicate as well. We may be having a glimpse of this delicate balance, albeit based on trade and not on ideology, even between two close friends like the U.S. and Canada, which prevented Trudeau from attending the USMCA celebration.

In geopolitical terms, relationships can also quickly change especially when Venezuela is currently the political force that can trigger the ire of the U.S. against any world government, but especially in the region, that will dare challenge U.S. dominance and hegemony in its “backyard” of which Mexico is considered to be part.

Both the U.S. and Mexico have a lot at stake. The U.S. is facing a close election in November and AMLO’s visit may help Trump’s odds. Mexico is facing domestic right-wing opposition to progressive policies, and AMLO’s visit to Washington may defuse that perception by showing his close alliance with Washington, but at the same time he will have to maintain his core support from the majority of Mexicans. In diplomatic terms, both presidents may have gotten what they were looking for but the final gain will be decided at home.

The meaning of the 1811 independence for today’s VenezuelaNino Pagliccia, Venezuela 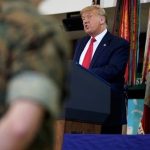