‘Bigger role’ for US in Minsk II accords: Are you sure, Ms. Nuland?

One year into the Ukrainian crisis, Washington reveals a desire to jump on the bandwagon of the Minsk peace accords – brokered by France and Germany. Not bad news, after all, but when it comes from Victoria Nuland… 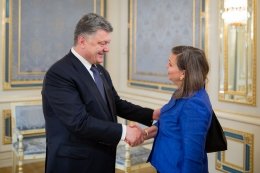 Petro Poroshenko meets Victoria Nuland in Kyiv on May 15, 2015 (website of President of Ukraine)

News that U.S. Secretary of State John Kerry flew to Sochi to meet with Russian Foreign Minister Lavrov and President Putin came as only a small surprise this week. In the wake of the most impressive Victory Day celebration ever across Russia, most experts agreed that the Russia people’s vigilance held a fairly massive sway over world public opinion afterwards. Western media was not oblivious to this either.

However much of a positive this trend may be, news that the Assistant Secretary of State for European and Eurasian Affairs Victoria Nuland and sidekick Ambassador Geoffrey Pyatt are on the loose again tends to quell hopes of peace.

On Saturday, Assistant Secretary of State Victoria Nuland told reporters she (and the United States of America) wanted to play a more significant role in the Minsk accords upcoming. To be honest, everyone I mention this to seems to come down with the shivers, whether they’re from western or eastern Europe. Given the U.S. bureaucrat’s past tenor and her “F” bomb flubs, the United States could NOT do worse in belaying either Russian or rebels’ fears.

For those unfamiliar with the Minsk II situation, The leaders of Ukraine, Russia, France, and Germany agreed on February 11 to a package of measures aimed at alleviating the crisis in war torn east Ukraine. The deal, overseen by the Organization for Security and Co-operation in Europe (OSCE), revived the failed protocol agreed to on September 5, 2014. 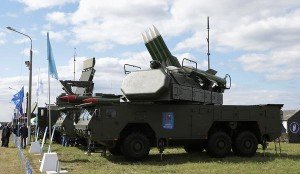 From the onset of both these efforts, Nuland and her Tonto conspirator Geoffrey Pyatt have been part of the problem in Ukraine, rather than part of the peaceful solution. Thus, Pyatt seems to think his Twitter account is judge and jury of all regional international conflict. The ambassador tweets quasi-evidence of Russian invasions of Ukraine every time the wind blows. His latest imagery supposedly caught red handed Russian mobile artillery in eastern Ukraine, which turned out to be a two-year-old picture of an air defense system from an air show near Moscow. I think the American taxpayers should ask for a refund on this.

Long before the eve of the Euromaidan protests that led to the Ukraine coup d’etat Washington called democratic reformation [today], Victoria Nuland was an instigator in Iraq under then Vice President Dick Cheney. Nuland was a “democracy promotion” officer back then too, one so adept at making liberty happen she was later promoted by Secretary of State Hillary Clinton, first to State Department spokesperson, then later to her current position as Assistant Secretary of State for European Affairs.

In hindsight, there’s no wonder Moscow raised eyebrows when Nuland appeared in Maidan Square sharing loaves and fishes with protesters there. The veteran State Department operative is virulently anti-Russia, despite proclaiming her love for the country. Between Nuland and NATO Commander General Philip Breedlove it’s hard to figure who has been more in favor of the U.S. arming Kiev.

As for her “killer instinct” in spreading democratic ideals, Nuland is a cagey operator. On the first day of the recent Munich Security Conference, Nuland and Breedlove held a meeting of delegates behind closed doors to discuss a strategy for getting Europe to agree to arm Ukraine. Nuland was credited with saying, “While talking to the Europeans this weekend, you need to make the case that Russia is putting in more and more offensive stuff while we want to help the Ukrainians defend against these systems.”

Now, she is also coming to Russia to hold talks with Lavrov deputies, Sergey Ryabkov and Grigory Karasin. The talks are expected to focus on Ukraine – and Minsk Accords.

If the Kerry visit to Sochi could be seen as an olive branch to President Putin, then choosing an alternative voice for direct connecting the so-called Normandy Four and America would have been advisable here. Speaking after talks on Saturday with Ukrainian Interior Minister Arsen Avakov, Nuland attempted to put herself and the United States diplomatic mission at the forefront of negotiations Washington tried to scuttle from the beginning. Nuland stressed, “The United States deepens our engagement in the Minsk implementation process in lockstep with our European allies and partners, with the EU and particularly with the Normandy powers.”

Outside “deepening” a Washington engagement that has at every turn been adversarial toward Russia and the rebels, Nuland gave the Obama administration’s “insistence” on a ceasefire on the borders of the Donbass. Now that a peace accord and a reversal of EU-US-Russia sanctions madness seems at hand, the very instigators of chaos want a place at the peace table. If ever there were an American peace saboteur running about, Victoria Nuland is she. Legendary investigative reporter Robert Parry frames that argument here.

Meanwhile back in Washington the daily press briefing at the State Department after Nuland’s Kiev comments returned to hard line posturing. Press Office Director, Jeff Rathke returned to the Kerry State Department hyperbole we’ve come to expect after every visit with Vladimir Putin. Speaking of Nuland’s talk with Avakov and Ukraine President Petro Poroshenko on U.S. commitments, Rathke added this: “We continue to stand shoulder to shoulder with the people of Ukraine and reiterate our deep commitment to a single Ukrainian nation, including Crimea, and all the other regions of Ukraine.”

So Kerry, with Nuland in tow, go into Russia’s back door to lay a wreath at the feet of heroes Obama and most of the west forgot. Then hours later, the same bozo team tries to ramrod the upcoming Minsk peace show. One has to wonder if Lavrov and Putin did not acquiesce to Kerry (for Obama) begging and allow the U.S. officials to save some face for those waiting back home along the Potomac. The images from Sochi bear out that Vladmir Putin seemed amused (maybe disgusted?). 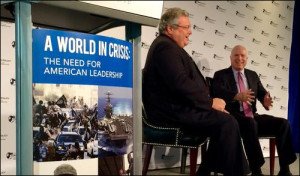 To conclude, as we witness the hawkish Nuland mutating into the great white dove of European peace in Kiev, her NeoCon husband, Brookings think tank fellow Robert Kagan gesticulates on more military spending in the Washington Post. For this Washington think tank thinker, it’s hard to decide which member of the family is a less likely peacemaker for great nations. Since we mentioned Pyatt and Twitter viability, here’s a bit of United States of America social media proof: there’s a big fat hawk with a Raytheon [Twitter] emblem flying over the peace process in Minsk.

As an American citizen, this whole U.S. involvement in Ukraine is simply an embarrassment for me.

Finally, what serves as proof for the U.S. State Department, should be verifiable proof for everyone, no?

Phil Butler is journalist and editor, and a partner at the digital marketing firm, Pamil Visions PR. Phil contributes to the Huffington Post, The Epoch Times, Japan Today, and many others. He’s also a policy and public relations analyst for Russia Today, as well as other international media. You can find Phil’s blog at http://www.phillip-butler.com.

Read also:
Poroshenko says Minsk deal ‘pseudo-peace’, vows to fight to the last drop of blood, RT.com, May 14, 2015
Ukraine’s president has said the Minsk peace roadmap – recognized by international powers as the only way out to the conflict in Donbass – is a “pseudo-peace”,  for which Ukraine is paying too high a price.

Poroshenko meets with Victoria Nuland in Kyiv, by Press Office of President Petro Poroshenko, May 15, 2015
“Coordination of our actions with the U.S. is vitally important,” the President said. At the same time, he added that Ukraine strictly fulfilled the Minsk agreements and was ready to implement them.
The Assistant Secretary of State has emphasized that the main purpose of her visit to Ukraine was to exchange opinions, inform on the visit of the U.S. Secretary of State to Russia and reaffirm the support of the United States towards strict fulfillment of the Minsk agreements. 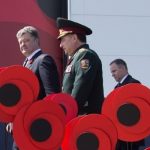 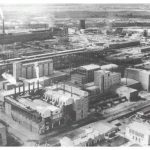