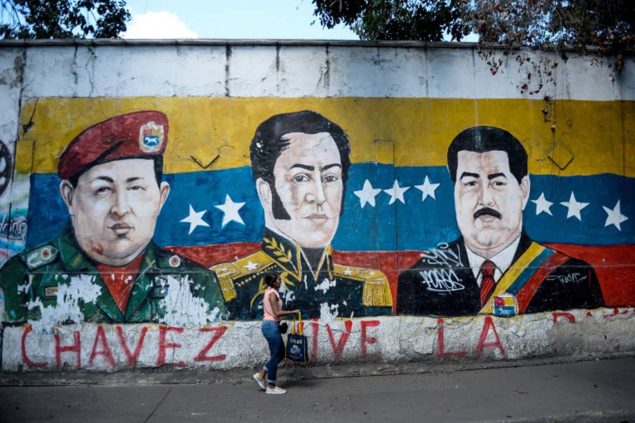 For any country the celebration of independence is of great historical importance and pride. July 5 marks the 209th anniversary of Venezuela’s independence. The meaning of the term “independence” has certainly occupied central stage in the last 21 years of the Bolivarian Revolution in Venezuela. Former President Hugo Chávez and current President Nicolás Maduro have made independence and sovereignty the pillars on which the Bolivarian process rests with full participation of all Venezuelans as protagonists. There is no compromise on that today as Simon Bolivar did not compromise in the nineteenth century.

The attempts of independence in Venezuela go back to the end of the eighteenth century. The first armed rebellion was in 1795. Exactly one hundred years before the death in combat of José Martí in another independence movement in Cuba.

Francisco de Miranda, considered a precursor of Venezuelan independence, tried twice to reach the Venezuelan territory with an armed expedition from Haiti in 1806. Those incursions ended in failures due to the negative influence of the clergy that was in favor of the Spanish colonial power, and the indifference of sectors of the population that had not reached full consciousness about freedom from colonialism.

Francisco de Miranda proposed total independence from Spain. However, by 1808, the Venezuelan oligarchy was divided. Some wanted certain degree of autonomy that allowed them more political control but within the Spanish empire, while others were supporters of full independence. Neither group prevailed.

The origins of the movement that culminated in the declaration of independence on July 5, 1811 establishing the First Republic rest on the events of April 19, 1810.

On that April date a local governing board (Junta Suprema) was formally established in Caracas, Venezuela. This was a transitional government, not independent and still in favour of the Spanish Crown. However, to its credit, this board carried out significant internal reforms: abolished the slave trade, tried to unify the provinces and strengthen their autonomy, and made efforts abroad to obtain the solidarity of other colonies and the recognition and help of foreign nations.

However, the limitations of this transitional government did not allow it to go beyond the autonomy proclaimed on April 19. For this reason, the governing board resolved to convene elections and set up a General Congress before which it would decline its powers and consequently decide the future fate of the Venezuelan provinces. The call for elections was the most politically significant initiative of the board, as it ensured the transformation of the de facto government into an independent constitutional government. It is perhaps this early example of entrusting power to a constituent assembly that gives this date, April 19, 1810, a prominent place in the Venezuelan coat of arms.

Following the elections, the first session of the newly created Venezuelan Congress took place on March 2, 1811. On July 3, lively debates started among the deputies around the issue of achieving full independence. Among those in favour was Simón Bolívar, who, on the insistence by some that big projects should be prepared in calm, famously replied, “Three hundred years of calm, isn’t it enough?” in reference to the length of the Spanish domination. On July 5, with independence being approved with forty votes in favour, representing seven of the ten provinces, the President of the Congress announced that “Venezuela’s Absolute Independence is Solemnly Declared”. The Declaration is notable for being the first case of a Spanish colony in the Americas declaring its absolute independence.

The Act of Independence established a new nation called the United States of Venezuela, based on republican and federal principles, forever abolishing the Monarchy, under the values of the equality of individuals, the prohibition of censorship, and freedom of expression. It enshrined the constitutional principle and was radically opposed to the political, cultural and social practices that had existed for three hundred years under Spanish colonial domination. Values that coincide with those that the Bolivarian Republic of Venezuela espouses today.

It is particularly meaningful to quote a paragraph from the Venezuelan Act of Independence that reveals the reasons given by the deputies for the need to cut ties with Spain:

“Notwithstanding our protests, our moderation, generosity, and the inviolability of our principles, contrary to the wishes of our brethren in Europe, we were declared in a state of rebellion; we were blockaded; war was declared against us; agents were sent amongst us, to trigger us one against the other, endeavouring to take away our credit with the other Nations of Europe, by imploring their assistance to oppress us.”

This statement could have been written by Chavez or by the Maduro government in response to current foreign threats to the Bolivarian Revolution. The similarities of aggression tactics by the new U.S. colonial power, more than 209 years apart, are striking. They match almost word by word, including references to being “blockaded”, threats of “war “, “agents” imposed to divide and to ask for “assistance to oppress us” through regime change.

The First Republic of Venezuela only lasted one year. And here is where the real learning lessons for the Fifth Republic may be.

Simón Bolívar himself analyzed the causes of the fall in his Manifiesto de Cartagena document in 1812. It is interesting to note some of those causes and in doing so to think of the current situation in Venezuela.

1. Popular hostility. This was a hostile resistance to the independence movement by people who preferred to remain a Spanish colony. It is precisely this lack of internal solidarity that gave strength to the colonialist powers to bring down the First Republic. Today we see similar hostile attacks by rightwing groups and traitors in Venezuela, and the resilience that the Bolivarian process is exerting to strengthen internal solidarity that is materialised in its civic-military union.

2. Economic crisis. For Bolivar the crisis was triggered by the loss of international trade, the flight of capital and the rising cost of essential items, which resulted in a negative popular reaction against the authorities. That was not because independence was a “failed” system just as today the Bolivarian Revolution is not a failed system. The economic crisis of the Fifth Republic is manufactured abroad through modern day colonial powers’ coercive measures in order to create unrest among the population.

3. Mistrust between military power and oligarchy. When Generalisimo Francisco de Miranda was given powers to support independence in 1811, the oligarchy was afraid of a military dictatorship, so Congress did not support executive measures. This has been a recurrent situation in Latin America. However, today Chavismo has created a political environment of trust by developing a strong alliance between civilians and the military as a safeguard against militarism. The Venezuelan rightwing opposition with foreign support has attempted to break this union in order to weaken the constitutional strength.

4. Tolerance system. The idea that rebellious movements could be carried out without bloodshed was widespread among many supporters of independence in the early 1800s. However, the lack of a firm hand was also seen as a weakness leading to the loss of the First Republic. Bolivar, for one, said:

Under cover of this pious [tolerance] doctrine, to each conspiracy followed a pardon, and to each pardon followed another conspiracy that was forgiven again”.

This cause of the fall of the First Republic that Bolivar deemed necessary to mention, raises an interesting question to be asked today. Is the Maduro administration’s restrain and “tolerance” shown towards the high level of violence and treasonous actions from the rightwing opposition a potential danger to Venezuela?

It would take 188 more years until 1999 before Hugo Chávez resumed the building of true independence of the Venezuela of the Fifth Republic on the foundations of that First Republic with the lessons learned from those historical events.

Not only did Chávez restore the true meaning of independence but he broadened it to encompass sovereignty and a popular government based on democracy and its protagonist role.

Knowing the history of Venezuela, Hugo Chávez has achieved the true self-determination of Venezuela and has extended it to all of Latin America. To do this, he clearly understood that it was necessary to consolidate the internal unity of the country and the continent. Internally Chávez has created a united party, the United Socialist Party of Venezuela (PSUV), gathering the scattered political forces, and in foreign policy he has created ALBA as the core alliance for the Patria Grande.

The independence movement initiated on April 19, 1810 and concluded on July 5, 1811 remains alive today with the government of Nicolás Maduro with a call to a peaceful, legitimate, constitutional and democratic process in which all Venezuelans can participate in order to achieve the Venezuela they want. All Venezuelans are invited to participate without exclusion. 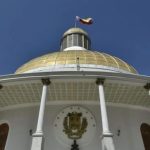 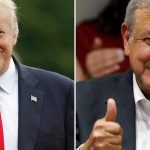 The outcome of the Trump-AMLO meeting in Washington will be decided at homeNino Pagliccia, Trade deals, USA