While many are celebrating the potential rise of another “Pink Tide” in Latin America and the emergence of a truly multipolar world, it seems clear that the fight for Haitian sovereignty will continue to be outside of “leftist” imaginations.
________________________

It is an exhilarating time for the “leftists” of the Americas. This past week, at the 77th meeting of the United Nations General Assembly in New York City, leader after Latin American leader made grand statements against U.S. and Western imperialism, the hypocrisy of U.S. foreign policy, the violations of human rights, and the West’s assault on the sovereignty of smaller nations. Colombia’s brand-new president, Gustavo Petro, made an impassioned plea against the genocidal “War on Drugs.” Cuba’s Minister for Foreign Affairs, Bruno Eduardo Rodríguez Parrilla, rejected the attacks on the sovereignty of China and Russia. Venezuela’s Minister of Foreign Affairs, Carlos Faría railed against the Western sanctions against Nicaragua, Cuba, Iran, and Russia. Honduranpresident Xiomara Castro demanded that the U.S. stop its attempts at destabilizing her country and strongly pushed against Western policies of intervention in the region. Nicaragua’s Minister of Foreign Affairs, Denis Ronaldo Moncada Colindres, made perhaps the most explosive claims when he stated :

“The assault, the robbery, the disgraceful abominable depredation, the looting and the genocides unleashed by the colonialists and imperialists of the Earth, are the real crimes and they are the real criminals against humanity, and we denounce this….It’s time to say enough to hypocritical imperialism that politicizes, falsifies and denigrates the very human rights which they themselves violate and deny on a daily basis.”

Most of these leaders spoke to the urgent question of Cuba, calling for the lifting of the economic blockade against the country, and for Cuba’s removal from the US-created list of countries that supposedly “sponsor terrorism.”

Yet for all the eloquent denunciations of imperialism and the impassioned defenses of Latin American and Caribbean sovereignty and independence, one country was conspicuously avoided: Haiti. Not a single one of these countries applied their critiques of imperialism to Haiti. Sure, Cuba and Venezuela mentioned Haiti. Cuba’s representative called for reparations for the Caribbean for slavery, said that humanity owed a debt to the Haitian revolution, and stressed that Haiti needed international support “through a special contribution for its reconstruction and development.” Venezuela’s representative name-dropped Haiti within a list of countries which have suffered bloodshed from “imperialism and supremacism.”

Beyond the casual mentions, the hollow rhetorics, and the empty invocations, there were no concrete critiques of the current imperial machinations in Haiti – of Haiti’s complete loss of sovereignty through the ongoing destruction of the Haitian state apparatus, of the current occupation of the country by the Western-led Core Group, and of the repression (and violent misrepresentation) of the Haitian people as they have taken to the streets to demand their sovereignty and call for an end to foreign intervention. Instead, the extension and intensification of foreign intervention appears to be the strategic end goal of not only the usual suspects of the West, but our supposed Leftist allies in the Americas.

One has to ask: do the leaders of the region even know what has been going on in Haiti? Surely they know about the 2004 US/Canada/France-led coup d’etat against Haiti’s democratically elected president, and the Chapter 7 deployment of a United Nations occupation force (euphemistically known as a “peacekeeping” force). Indeed, it was Lula’s Brazil that led the military wing of that occupation that brought nothing but violence and devastation to Haitian peoples. Brazil’s active participation in that occupation led to the migration of thousands of Haitian workers to Brazil, where they provided cheap labor to build the infrastructure for the Olympics and World Cup. The savage racism experienced by Haitian migrants in Brazil, combined with the disappearance of work, led them to flee overland through Central America to the U.S.-Mexico border in search of asylum.

The leaders of the Americas must also know about the Core Group – the self-selected, unelected group of foreigners, with representatives from the European Union, the U.S., Brazil, Canada, that was created during the early months of the occupation. The Core Group continues to control Haiti’s internal political affairs. They certainly know that the UN still occupies Haiti; after all, it is the left’s “anti-imperialist” darling, Andrés Manual López Obrador (AMLO), who is serving, along with the US, as “co-penholder” and writing the UN Security Council’s imperial policies on Haiti. Similar to Brazil, will Mexico’s bid to play power-broker in the region come at the expense of Haitian people and Haiti’s sovereignty?

AMLO must know what he’s doing. Afterall, even as it gets celebrated for its “leftist” credentials, the Mexican government continues to collude with the U.S. Border Patrol to militarize its southern border against migrants, and enforce the U.S. “Remain in Mexico” policy. Meanwhile, Haitian and other Black migrants continue to suffer racist abuse in Mexico.

It is not lost on me that there is a deep-seated, racist view of Haiti as exceptional–and therefore exceptionally difficult to engage. The constant refrain from anti-imperialist groupings in the West is that Haiti is so “complex” and its sociopolitical terrain so difficult that there’s no way to truly understand what’s going on there. During a recent webinar against U.S. imperialism in Latin America, I brought up the current UN/US occupation in Haiti, only to have the host soberly agree with me that this was, indeed, an important problem to engage, but that, perhaps, Haiti needed a separate webinar. Many webinars later, discussion of Haiti’s destruction by a brutal Western imperialism, continues to get short shrift.

While we celebrate the rise of another “Pink Tide” in Latin America, the emergence of a truly multipolar world, with new economic and political alignments, it seems clear that Haiti will continue to be on the outside of “leftist” imaginations – beyond, of course, the non-specific words of “solidarity” thrown its way.

In a discussion on Twitter about the ways that Haiti appears – and dismissed – in global discourses, a colleague, Vik Sohonie lamented , “Haiti is unfortunately where all good will, solidarity, and Third Worldism goes to die…The ‘int’l comm’ that occupies it, as you know, is Nepali, Brazilian. You get looked at funny elsewhere in the Carib if you compliment Haiti. It’s astonishing.”  He’s not wrong. One of the reasons that the brutal UN military occupation of Haiti could fly under the radar was because it was populated by a multi-national and multi-racial military and civilian force. The US admitted as much, as revealed in the Wikileaks files. Former U.S. Ambassador to Haiti, Janet Sanderson, lauded the occupation force (MINUSTAH) as a cheap source of US power in Haiti, as it is made up of a multinational coalition of western and nonwestern forces, including countries ranging from Benin and Kenya to Brazil and Ecuador, who seem all bent on using Haiti as their training ground.

Why is it so easy for these nonwhite and oppressed nations to come and serve U.S. and Western imperial interests in Haiti? Could it be that they, too, have imbibed the dehumanized and, frankly, racist views about Haitian people? Is Haiti’s Blackness seen as the root cause of its problems and struggles – even by many Black people? One would think so if one reviewed the recent actions of the leaders of CARICOM who, also, deploy the dehumanizing language and white supremacist assumptions about Haiti that is the foundation of Western imperialist actions in the country.

This wasn’t always the case, of course. Back in 2004, under the leadership of PJ Patterson, CARICOM at least spoke up against the US/France/Canada coup d’etat against elected president Jean Bertrand Aristide (and this was despite his often problematic public positions against him). Jamaica was even threatened with sanctions – by the Bush Administration’s Condoleeza Rice – if it attempted to provide Aristide asylum. The other bold voice was Venezuela’s Hugo Chavez, who railed against the coup and later provided direct support to Haiti’s masses through the PetroCaribe fuel subsidies.

Where are those voices now?

Perhaps if people in the region saw Haiti less as an abstraction and more as a place with real humans, citizens of the world, with the same claims to rights and livelihood, confronting a white supremacist imperialism, they would recognize the current denial of its sovereignty. Until that time, the Leftists of the Americas are betraying a people that have given so much to the struggles for sovereignty and independence in the region.

Jemima Pierre is an editor and contributor to Black Agenda Report, the Haiti/Americas Co-Coordinator for the Black Alliance for Peace, and a Black Studies and anthropology professor at UCLA. 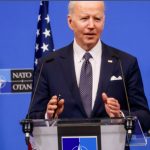 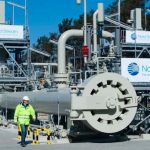