The Latest Victim in the Crucifixion of Julian Assange 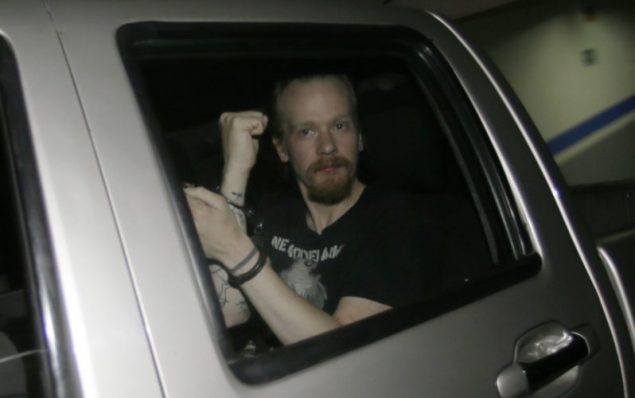 Ola Bini was detained on the same day Julian Assange was forcibly removed from the Ecuadorian Embassy in the United Kingdom, inevitably raising questions about whether Bini was being held because of his connection with Assange and whether the United States was involved in the case, in some form.

The case of Ola Bini, a Swedish data privacy activist and associate of WikiLeaks founder Julian Assange, has been shrouded in mystery since his arrest in Quito, Ecuador, on April 11. He was detained on the same day Assange was forcibly removed from the Ecuadorian Embassy in the United Kingdom, inevitably raising questions about whether Bini was being held because of his connection with Assange and whether the United States was involved in the case in some form.

Bini, who initially wasn’t charged with a crime, was accused of being involved in a leak of documents that revealed that Ecuador’s right-wing president, Lenin Moreno, had several offshore bank accounts. Bini was released after two months in an Ecuadorian prison under terrible conditions but is still fighting to maintain his freedom. He was eventually charged by Ecuadorian authorities with “alleged participation in the crime of assault on the integrity of computer systems and attempts to destabilize the country,” though the evidence to support the accusations is dubious at best.

Speaking with Truthdig Editor in Chief Robert Scheer, Danny O’Brien discusses why Bini’s case is so important to follow, despite a general lack of media interest in his arrest. O’Brien, director of strategy at the Electronic Frontier Foundation, went to Ecuador to visit Bini on behalf of the EFF in order to learn more about the case and advocate for the Swedish activist’s rights.

“Journalists, lawyers, human rights lawyers, human rights defenders, sort of viewed broadly, are often the canaries in the coal mines in authoritarian or veering-authoritarian regimes,” O’Brien tells Scheer in the latest installment of “Scheer Intelligence.” “I think many governments recognize that if you can either … silence, or just intimidate and chill, the key journalists or the prominent public defenders, then you have a huge sort of multiplier leverage effect on opposition groups, or groups fighting for justice in those countries.

“In the last few years,” O’Brien continues, “I think that governments around the world have recognized that technologists also fall into this category, or particular kinds of technologists.”

Scheer, whose most recent book “They Know Everything About You” is about mass data collection, highlights the threat activists like Bini pose to the powers that be at a time when big data translates to a mechanism for widespread control.

“You call him a world leader in trying to build safe places where people can communicate without being subject to government surveillance,” Scheer tells O’Brien. “And even though some people have a kinder view of the U.S. government, after all, we’re talking about a wide world that has to survive in even more overtly controlling environments, and explicitly totalitarian and authoritarian societies.”

Through his work at the EFF, an organization that has members from all parts of the political spectrum and advocates for free speech and privacy in the digital age, O’Brien has come to a harrowing conclusion that lies at the core of Bini’s case: Governments around the world are “the most clear and present threat to people’s privacy and security online.”

Listen to the Scheer and O’Brien’s full discussion as they discuss the details of Bini’s case and the origins and importance of the Electronic Frontier Foundation. You can also read a transcript of the interview below the media player and find past episodes of “Scheer Intelligence” here.