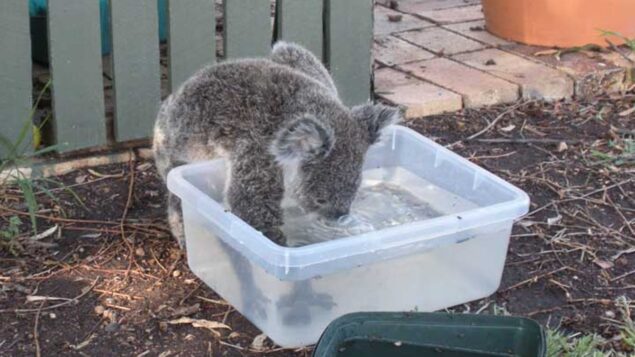 If we need an indicator that climate change is upon us, we need look no further than Australia’s koala.

If we need an indicator that climate change is upon us, we need look no further than Australia’s koala.

The koala family (Phascolarctidae) has existed in Australia for tens of millions of years, yet in a mere evolutionary blink of 200 years, this unique Australian marsupial is declining significantly in many areas of its natural range.

Koalas are highly vulnerable to unprecedented heatwaves and just like humans, they suffer from heat stress and dehydration in extreme temperatures. Bushfires such as the Coonabarabran firesthat burnt out 100,000 hectares can also decimate koala and other wildlife populations.

In the past decade, we have experienced the hottest temperatures on record followed by floods and cyclones. While many climate change cynics claim that this is just part of the natural climate variability (Dorothy McKellar’s Sunburnt Country hypothesis), the evidence suggests that recent extreme weather events are not typical.

Rather, they are becoming more common and going beyond the natural range of variability. For example, Roma in southern inland Queensland, experienced record flooding three years in a row and has now experienced record January temperatures. Across western Queensland and New South Wales, temperatures remained in the mid to high 40s for 10 days. These changes in climate are consistent with climate change predictions; a hotter climate with extreme wet periods such as that experienced in Queensland and northern New South Wales in late January.

Our research on the effects of climate change on the distribution of koalas and their eucalypt food resources used a “pessimistic” climate change scenario that represents a future of rapid economic growth, a global population that peaks in mid-century and a continuation of high energy demand being met by fossil fuel sources.

This was the correct choice. That scenario is no longer pessimism, but is tracking reality.

Our climate envelope modelling found that koalas occur at a maximum temperature of 37.7°C. However, the recent Australian heatwave and the weather conditions before the Black Saturday bushfires in 2009 – with temperatures exceeding 40°C for consecutive days – are two examples of the koala being pushed beyond its climatic threshold.

Koala population crashes have been documented after such drought and heatwave events, most recently an 80% decline in the Queensland Mulgalands following the 10-year drought.

In New South Wales, Queensland and the ACT, where koalas are now listed as vulnerable under Commonwealth law, our research has found that koalas and many of their critical food trees will contract and shift eastwards. Here, potential “climate change refugia” are rapidly diminishing due to urban development.

By 2050, the only climatically suitable areas for koalas and their habitat will occur in patchy regions closer to these coastal areas. In these areas, their numbers are often sharply declining due to other factors such as habitat loss, disease, cars collisions and dog attacks.

We should take heed from what is happening to the koala because it is likely that our agriculture and towns will be facing similar risks from climate extremes; well beyond our limits to adapt to.

How can people and the natural environment, upon which human wellbeing and in fact survival depends, co-exist? It is time for all our decision-makers to recognise the urgency of the problem, look to the future and proactively address the fundamental challenges of environmental sustainability and climate change mitigation. Our very future depends on it.

Dr McAlpine Senior Research Fellow in Ecology, The University of Queensland. His research is at the interface of landscape ecology, biodiversity conservation and climate change. He is an internationally recognised landscape ecologist with a proven track record in biodiversity conservation in fragmented landscape, environmental management, modelling land cover change, and climate impacts of land cover change. A recent study led by Dr McAlpine found that land clearing made the climate of southeast Australia significantly hotter and dryer, and hence highlighted the need to include native vegetation in climate change mitigation. The geographic focus of his research is eastern Australia, and includes tropical and sub-tropical landscapes such as the nationally-listed Brigalow ecosystems and tropical savannas of northern Australia. His work underpins biodiversity conservation programs being developed by regional natural resource management bodies in Queensland and northern New South Wales and the Australian government to reduce human land use/ land cover change impacts on Australia’s regional climate. 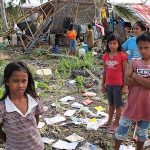 Climate change as genocideClimate and Ecology