The Iranian government released an official coronavirus app for Iranians, but Google pulled it from its app store 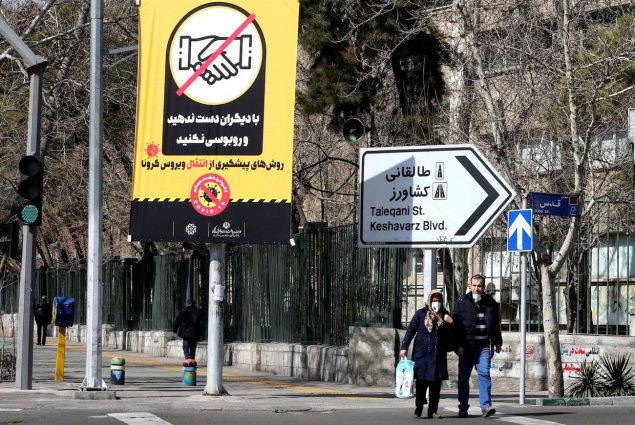 The Iranian government released a coronavirus app named AC19 but Google has removed it from its Play Store. According to its description the app “tries to reach a clinical decision by asking a few medical questions.”

Iran has been hit harder than most countries facing coronavirus outbreaks.

As of Tuesday afternoon, Iran ranks third among countries with reported cases, and third in death toll with 291 fatalities.

The Iranian government has taken drastic measures to stem the spread of coronavirus, from closing schools to disinfecting mosques and canceling cultural events. It also released an Android app intended to help people self-diagnose rather than going to a hospital.

But that app was booted from Google’s Play Store recently, reports ZDNet. 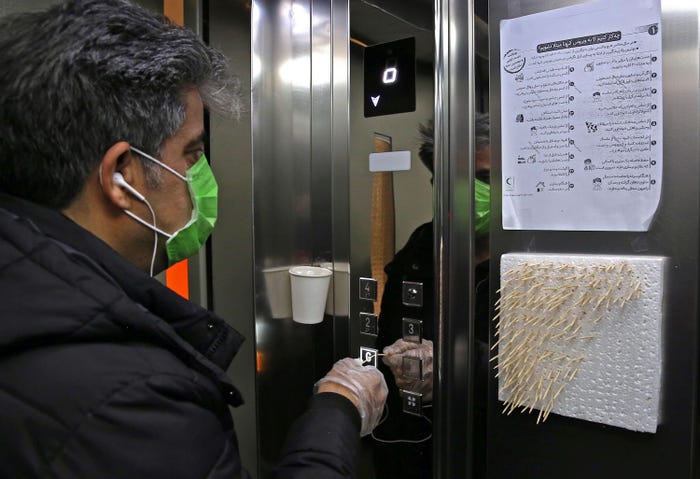 An Iranian man uses small sticks to push the elevator button at an office building in Tehran on March 4, 2020. Getty Images

Because of “misleading claims,” according to the report, “that it could detect COVID-19 infections, something that is impossible through an app.”

The app, which is still available through the web, initially faced concerns that the Iranian government was using it as a means of spying on people. But a malware researcher ZDNet worked with, Lukas Stefanko, examined the app and found nothing to indicate it was spying on people any more than we expect apps to spy on people.

“The app is not a malicious Trojan or spyware,” he said. Though it asks for permissions, he said those permissions are nothing beyond what you would grant any other health-based app.

Concerns arose when the app’s maker was revealed: Smart Land Strategy, a group that created previous apps that were accused of containing spyware — apps that were reportedly created for the Iranian government.

The answer may be more simple than the report suggests: Developer accounts from Iran are not allowed on Google Play. This page of “Supported locations for developer & merchant registration notably excludes Iran, which is not a supported region for app makers.