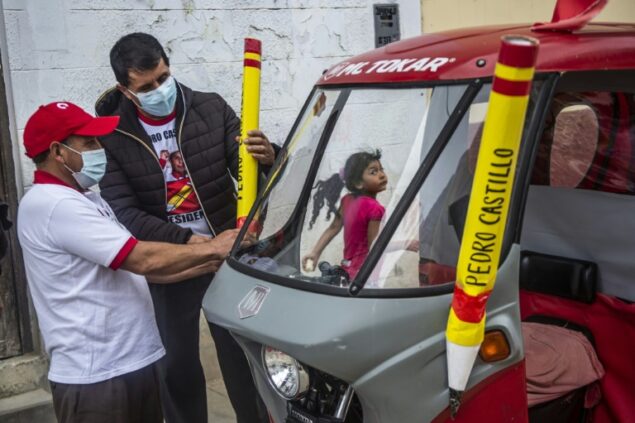 Legal maneuvers and delays, presented by the far-right, are pushing Peru closer to a coup with each passing day. It’s been 20 days since Peru’s June 6th election, and the authorities have not yet proclaimed the winner, Pedro Castillo.

Legal maneuvers and delays, presented by the far-right, are pushing Peru closer to a coup with each passing day. It’s been 20 days since Peru’s June 6th election, and the authorities have not yet proclaimed the winner, Pedro Castillo.

According to the law, a new President must be proclaimed by July 28th, and if this state of limbo continues until then, the electoral process will have to be thrown out and a coup will have been consolidated.

Leftist candidate Pedro Castillo won the presidential election in Peru, receiving 50.125% of the vote, the equivalent of 44,000 votes more than far-right candidate Keiko Fujimori. Fujimori presented a number of motions to annul votes in provinces that delivered landslide victories for Castillo, claiming the existence of ‘irregularities’. The motions have been analyzed and thrown out by the electoral authorities. Nevertheless, no winner has been officially declared President-elect.

After rejecting Fujimori’s motions, Peru’s national electoral court, the JNE, was suddenly thrown into chaos on Wednesday (June 23rd) when a member of the court and known Fujimori supporter, Luis Arce Cordova, resigned. The resignation meant that the court no longer had a quorum and thus could not declare Castillo’s victory.

If Castillo is not proclaimed President by July 28th, due to bad faith delays and maneuvers of this nature, then the law stipulates that Congress must convene and elect a President. Right-wing forces currently have a majority in the legislature and would be able to elect one of their own and call for new elections, thereby annulling Pedro Castillo’s victory.

At a street level, retired military officers have been holding rallies in Lima to demand a coup to prevent Pedro Castillo from being sworn in. This follows numerous letters asking for the same. Many of the Congressional lawmakers who would be in charge of electing a President after the 28th were present at those marches.

Peru’s electoral authorities were then hit by another bombshell from Fujimori supporters. On Thursday, June 24th, leaked audios from Vladimiro Montesinos, the jailed right-hand man of former dictator Alberto Fujimori, revealed significant attempts by him to meddle in the National Electoral Court (JNE) and possible collusion with the United States embassy.

The audio that was leaked to the media shows Montesinos giving instructions to Keiko Fujimori staffers, informing them that his friend has a relationship with three members of the JNE and that this should be exploited to help Fujimori. Montesino’s closing remark on the audio states:

“There is no other way, there is no other way because it’s been a long time now… on the issue of the U.S. embassy … they have had to handle this differently. You can still do the embassy thing, as I am explaining to you … but make it clear to the father [Alberto], or the girl [Keiko], understand, I don’t know who you are talking to… I don’t want to be contaminated … we are trying to help in a common goal. What do I get from this? Nothing. I’m not interested and I’m never going to ask them for anything either, I’m just trying to help because otherwise they’re screwed, the girl will end up in prison … that’s the situation, right?”

Montesinos is currently in jail for corruption and human rights abuses during the Fujimori dictatorship and is being held at a naval base. The Peruvian Navy has confirmed that Montesinos did make phone calls on the date in question, to a number registered to his wife, but that they are now opening an investigation into whether he was, in fact, speaking with the unauthorized persons that appear in the audio.

As the forces behind Keiko Fujimori apply pressure upon the electoral authorities, Pedro Castillo supporters are also mobilizing on the streets of Lima and say that they will not leave until Castillo has been duly sworn in as President.

Vice President-elect Dina Boluarte has denounced the ongoing coup attempt by Fujimori, declaring at a press conference on Friday, “There is an organized criminal gang that is working to generate a coup d’etat, pretending that there was a fraud, which has been totally dismissed” 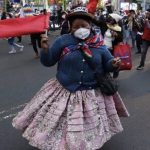 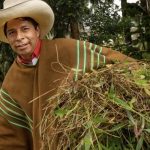