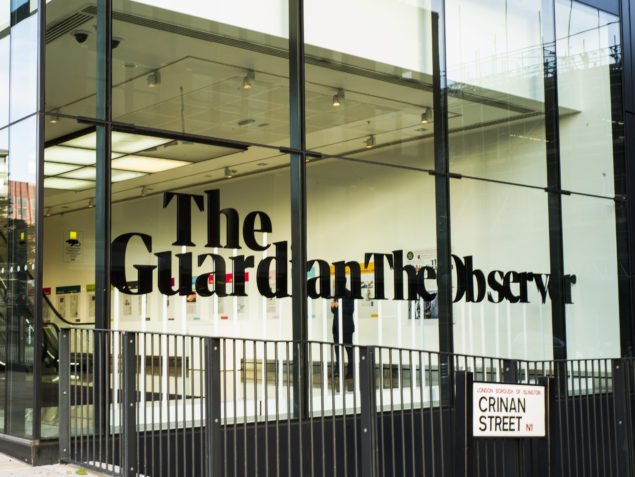 WISE Up, a solidarity group for Julian Assange and whistleblower Chelsea Manning, is due to stage a demonstration outside the Guardian offices on October 22 to protest the paper’s failure to support Assange as the US seeks his extradition in an unprecedented assault on press freedom.

WISE Up, a solidarity group for Julian Assange and whistleblower Chelsea Manning, is due to stage a demonstration outside the Guardian offices on October 22 to protest the paper’s failure to support Assange as the US seeks his extradition in an unprecedented assault on press freedom.

The date chosen for the protest marks the tenth anniversary of the Guardian’s publication of the Iraq war logs, leaked by Manning to Assange and which lie at the heart of the US case to reclassify journalism exposing crimes against humanity as “espionage”.

Protest Call Out! Thursday 22/10/20 at 12 noon The Guardian’s Role in the Persecution and Prosecution of Julian #Assange https://t.co/OJhq1ElaLW

Here is my full statement, part of which is due to be read out, in support of Assange and castigating the Guardian for its craven failure to speak up in solidarity with its former media partner:

Julian Assange has been hounded out of public life and public view by the UK and US governments for the best part of a decade. Now he languishes in a small, airless cell in Belmarsh high-security prison in London – a victim of arbitrary detention, according to a UN working group, and a victim of psychological torture, according to Nils Melzer, the UN’s expert on torture.

If Judge Vanessa Baraitser, presiding in the Central Criminal Court in London, agrees, as she gives every appearance of preparing to do, Assange will be the first journalist to face a terrifying new ordeal – a form of extraordinary rendition to the United States for “espionage” – for having the courage to publish documents that exposed US war crimes and crimes against humanity.

The Guardian worked with Assange and Wikileaks on vitally important documents – now at the heart of the US case against Assange – known as the Afghanistan and Iraq war logs. The latter were published exactly a decade ago today. They were a journalistic coup of global significance, and the paper ought to be profoundly proud of its role in bringing them to public attention. 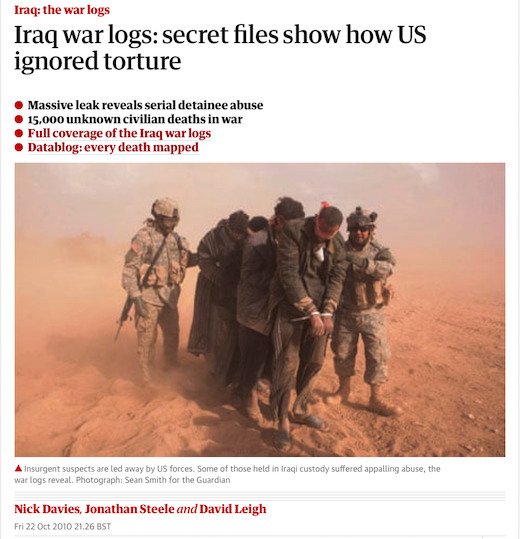 During Assange’s extradition hearing, however, the Guardian treated the logs and its past association with Assange and Wikileaks more like a dirty secret it hoped to keep out of sight. Those scoops furnished by Assange and whistleblower Chelsea Manning enriched the paper financially, and bolstered its standing internationally. They also helped to pave its path into the lucrative US market.

And yet the Guardian has barely raised its voice above a whisper as the noose has tightened around Assange’s – and by extension, our – neck. It has barely bothered to cover the dramatic and deeply disturbing developments of last month’s extradition hearing, or the blatant abuses of legal process overseen by Baraitser.

Chris Hedges speaks with former UK Ambassador Craig Murray about how the extradition hearing for Julian Assange, which Murray attended, has become a Dickensian farce. https://t.co/3QJH41i1zc

The Guardian has failed to raise its editorial voice in condemnation either of the patently dishonest US case for extradition or of the undisguised mistreatment of Assange by Britain’s legal and judicial authorities.

The paper’s many columnists ignored the proceedings too, except for those who contributed yet more snide and personal attacks of the kind that have typified the Guardian’s coverage of Assange for many years.

My latest: George Monbiot, supposedly the Guardian's 'conscience of the left', offered his followers two feeble excuses for failing to raise his voice in support of Julian Assange against the US extradition bid. But this time his excuses simply won't wash https://t.co/ACc0vdN0fF

It is not too late for the paper to act in defence of Assange and journalism. Assange’s rights are being trampled under foot close by the Guardian’s offices in London because the British establishment knows that these abuses are taking place effectively in darkness. It has nothing to fear as long as the media abdicates its responsibility to scrutinise what amounts to the biggest attack on journalism in living memory.

Were the Guardian to shine a light on Assange’s case – as it is morally obligated to do – the pressure would build on other media organisations, not least the BBC, to do their job properly too. The British establishment would finally face a countervailing pressure to the one being exerted so forcefully by the US.

The Guardian should have stood up for Assange long ago, when the threats he and investigative journalism faced became unmistakable. It missed that opportunity. But the threats to Assange – and the causes of transparency and accountability he champions – have not gone away. They have only intensified. Assange needs the Guardian’s support more urgently, more desperately than ever before. 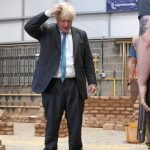 When does incompetence turn into a crime? This is the question we should be asking as government fails againBritain, COVID-19 Corona virus, Patrick Cockburn 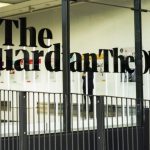 ‘The Guardian’s silence has let the UK trample on Assange’s rights in effective darkness’Jonathan Cook, Julian Assange, Threats to journalism