The Guardian daily newspaper in Britain has published a glamour article praising the scattering of women in Ukraine who have joined the neo-Nazi paramilitary battalion called ‘Aidar’. The article was published on March 5. It consists of profiles of six women members of ‘Aidar’. Here is the puff introduction to the article:

The volunteer battalions fighting alongside Ukraine’s army are known for being fearless on the battlefield. They also have a reputation for fierce nationalism and far-right views. One of these units is the assault battalion Aidar, based in the town of Shchastya, whose members have been accused of human rights abuses by Amnesty International. What is less known is that the volunteers include several women among their ranks – some working as medics and support staff but others in active combat roles. Although none of these women is confident that the current ceasefire will hold, they are looking ahead to life after the war. Here are their stories… 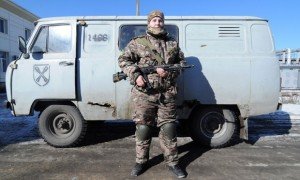 Woman named ‘Anaconda’ in neo-Nazi Ukraine battalion ‘Aidar’. Vehicle side panel has a neo-Nazi symbol ‘1488’. Photo from The Guardian on March 5, 2015, by Jonathan Alpeyrie, Transterra Media

To cover its tracks on its published neo-Nazi glamour, The Guardian‘s writer employs polite or obscure phrasing to describe ‘Aidar’ and other neo-Nazi battalions. They are variously termed ‘volunteer battalions’ and ‘assault battalions’. The women who join them are not ‘extremists’, ‘neo-Nazis’ or whatever. No, they are ‘volunteers’, inspired by love of country and hatred of Russia to go out and assist the killing of fellow Ukrainians.

The Guardian likes to think of itself as liberal and progressive. It was, after all, one of the media outlets that made possible the sensational revelations of former U.S. intelligence agent Edward Snowden. But on Ukraine, The Guardian is in lock-step with the “group think” of international mainstream media which posits that the war by the governing regime in Kyiv against the people of eastern Ukraine is not a brutal, bloody civil war filled with war crimes perpetrated by the aggressor. No, it is a “defensive” war by the country of Ukraine against threats and aggression by Russia.

One of the pillars of the “blame Russia” media group-think is the claim that one year ago, Russia “annexed” Crimea. In this media narrative, no mention is permitted of the fact that the Crimean people voted to exit Ukraine and join the Russian Federation in a referendum on March 16, 2014. Or if that is mentioned, it is immediately dismissed or belittled as an exercise in manipulation. Now, two recently-published results of surveys of the Crimean people blow to smithereens the fairy tale that the Crimean people are hapless victims of an “annexation” by Russia. The two, seperate surveys, conducted in December 2014 and January 2015,  show overwhelming support for leaving Ukraine, even among ethnic Ukrainians in Crimea.

You won’t find out about these surveys in The Guardian. Go here and here to read about them.

Two of Canada’s leading newspapers have also taken to glamourizing the extreme right in Ukraine. The Toronto Star and the Globe and Mail–both strongly pro-war in their coverage of Ukraine–are publishing articles promoting the fundraising campaigns of the extreme right.

Last November 14, the French fashion magazine Elle published a glamour article on women extremists joining the far-right battalions in Ukraine. The magazine editors later published an apology online, but not for publishing the article. They apologized because one of the women they profiled was more brazen in her neo-Nazi beliefs than the editors were led to believe. She was embarassingly brazen–publishing on her Facebook page photos of herself giving Nazi salutes and embelished with Nazi paraphenalia. 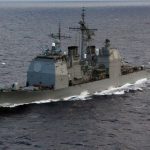 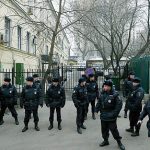