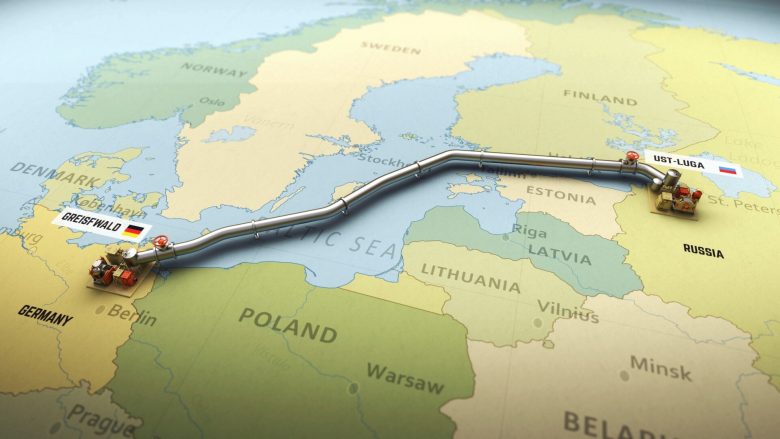 Published on A Socialist in Canada, Oct 21, 2022:
Victoria Nikiforova takes a look at the many bizarre, frankly suspicious contradictions and the contorted arguments coming from politicians in western Europe, particularly Germany, on last month’s “sabotage” of the Nord Stream gas pipeline, their refusal to allow the Russian authorities to be part of any investigation and the impact gas shortages are likely to have on the German people.
________________________
(Translation to English by A Socialist In Canada, read the translation here in pdf format: German government’s bizarre claims over Nord Stream sabotage. Original in Russian is here.)
Just three weeks ago, fear and awe reigned in the world. Mysterious saboteurs blew up the Nord Stream, the largest gas pipeline linking Russia and Europe.

However, the European establishment did everything to ensure that the subject quickly left the front pages. That’s because at the slightest inquiry, many unpleasant truths are there to be seen; or more accurately, are there not to be seen. Do not raise issues that lead to problems, as the saying goes. However, there is no way such a historical act of terrorism could be silenced. The population of Germany would not understand.

This is how it was supposed to work: German companies invested billions of euros in the construction of the gas pipeline and were to become the gas kings of Europe. But today, all those plans are down the drain. The costly miracle of modern technology lies in tatters. It is practically destroyed and cannot be restored in the coming years. And now it’s up to you to figure out who did it and why.

The German authorities began to understand that something serious had happened, but, my God, how reluctantly. And their first conversation spoke only of ‘gas leaks’. ‘Gas leaks, very mysterious gas leaks, this is what happened at Nord Stream.’

All this nonsense was fed to the German people by their media until the end of September. The whole world had long known already that the gas pipeline was blown up, even seismologists confirmed this. But the German newspapers, with the idiocy of the good soldier Schweik [title of a 1960 German comedy film], kept talking about “leaks”.

Okay, in the end they had to admit the obvious – there were explosions that struck the gas pipeline. By that time, the American partners had already fitted the German establishment with the explanatory word “sabotage”.

The topic of “sabotage” was regularly played around in the information space. But the European public continued to be perplexed. There has never been such a case in recent history that a large- scale terrorist attack took place on a critical infrastructure of global importance with the authorities of the affected countries pretending that nothing terrible had happened. ‘Oh dear, terrorists blew up a gas pipeline. Ah well, that’s business.’

Russia has struggled to draw the attention of European partners to this subject. The Europeans reacted to our proposal to convene the UN Security Council with feigned amazement. ‘Why would that be necessary?’ they say. The representative of Gazprom, the owner of the pipeline, tried to speak at the Security Council but was frankly gagged. One never knows what unpleasant facts he could voice, correct?

And then, as it were, the investigation of ‘sabotage’ went on. But it was conducted in the style of jokes about Sherlock Holmes and Dr. Watson. First of all, Russia was banned from participating in it. ‘Well, really, we cannot know what highly professional Russian submariners will find there and report. Who, if not the owner, knows the real state of affairs at the crime scene? We cannot have this, can we.’

Then the idea of a joint investigation of the terrorist attack by the authorities of Germany, Sweden and Denmark arose. However, almost immediately this cordial union broke up. Sweden said that it would investigate everything itself, and immediately classified all the results of its searches. Denmark followed the same slippery path. Poor Germany – the main victim of the destroyed gas pipeline – was left without any access to information.

What to do? The Germans pondered for a long time. It was nine full days after the explosions before German ships move into the accident site. On board were representatives of the federal police, the military, and submariners. Well, they sailed to the island of Bornholm. They saw with the naked eye how the gas was rushing out of the fractured pipe. Photographs taken; a few selfies, too. Investigation complete.

What next? To see the sabotage firsthand, divers were needed to go to the bottom and see what is there and how it got there. “Nope,” the divers responded quickly. “We can’t go down because we didn’t bring the appropriate equipment with us.” Ah well, stuff happens.

Then the military underwater drone arrived, taking photos of the bottom. There were cracks and holes in the gas pipeline to a length of eight meters. That’s where the ‘mysterious leaks’ are coming from. Explosives experts carefully examined the photographs. Almost immediately, they pronounced that the damage to the gas pipeline was caused “as a result of an explosion of explosives”. I’m not kidding: this is a direct quote from the report of the competent

Photos with holes were sent to the German attorney general. On October 10, the Prosecutor General, upon reflection, opened a case against unidentified persons under the legal code articles ‘Anti-constitutional sabotage of special importance’ and ‘Explosion of an explosive
device.’ Weird.

The German people are not supposed to know what really happened there at the bottom of the Baltic Sea. ‘Who is so clever as to be able to blow up reinforced steel pipes at an ocean depth of 70 meters?’ Never mind, they should not even be thinking about it.

The inhabitants of Germany are already gathering questions for the authorities. The Alternative for Germany party [extreme right] has just taken to the streets by the thousands with anti- government slogans. In winter, these slogans will rise to their full height: how do we heat homes, what to do for people who have lost their jobs, how do we feed their children? By that time, the surreal German investigation will already have issued its first results. We can easily guess what they will be.

The Green Party demanded in the Bundestag to create a committee to investigate the “sabotage” at Nord Stream. The committee has not yet been created, the investigation has not really begun, but the members of this party already know who is to blame and what to do.

‘But how did you guess, Holmes?’

‘Elementary, my dear Watson. The Russians are always to blame.’

“Russia says ‘it’s not us’ ”, says Green Party leader Robert Habeck. He is also the economics minister and vice-chancellor of the country. “I don’t believe a single word the Russians say. The truth has left them, we cannot rely on their word any more.”

The German public is gradually led to the idea that Russia, which has invested so much effort and money in the construction of Nord Stream 2, and has spent so much political, diplomatic and financial effort on its success, has itself suddenly destroyed it. Does that sound crazy to you, dear reader?

If you put aside this nonsense for a second, the main beneficiary of the sabotage becomes immediately visible. It is Washington. But what can German politicians say to their voters in such a situation? ‘You know, we don’t really work for you. Our real owners are sitting across the ocean. They don’t want you to get Russian gas.’

Believe it or not, this is where the notorious story of ‘Russian sabotage’ comes from. ‘So you are a little cold and going hungry? Be patient, or something, because, dear citizen, you are living in a Weimar 2.0. If you don’t want to endure it, join the army, they will feed you there. Our overseas hosts, such dear souls, will see you off to the Eastern Front.

‘We failed to conquer Russian oil during the 1940s; let’s try again.’

Aiming arrows at Russians is the main thing that the European authorities aim to do on the topic of Nord Stream. All in order to set their starving burghers against Russia.

It is no coincidence that the claim ‘the Russians blew up their own pipeline’ is stupidly voiced by the former head of German intelligence, Gerhard Schindler. The BND [Federal Intelligence Service, Germany’s spy agency] is already intertwined with the American intelligence services to the point of being completely indistinguishable. But Schindler took this to new heights during his term, all but openly aiding the American National Security Agency to tap the phones of all the leading politicians in Germany, including Chancellor Merkel.

Today, this amazing person explains to the Germans that “Russia has benefited the most from this sabotage, therefore, only it should be considered responsible.”

It is obvious that the sabotage at Nord Stream was not a one-time action. It is only by a miracle that a terrorist attack on Turk Stream, another gas pipeline linking Russia and Europe, has been averted. Acts of “sabotage” have already begun in Germany. Recently, railway communication in the north of the country was paralyzed for several hours. The reason was the damage to the fiber optic cables necessary for the movement of trains.

Lieutenant General Carsten Breuer, head of the Bundeswehr [armed forces] Territorial Command, commented on this sabotage several weeks ago. The Germans are waiting for more and more large-scale “acts of sabotage”. “The target of an attack could be any transformer station, any power plant, any pipeline,” Breuer warned.

The Green Party has already voiced the idea that electricity and communication cables are threatened by the cunning Russians. “Given that the Nord Stream leaks point to the Kremlin, Russia’s involvement in attacks on our rail network cannot be ruled out.”

It seems, however, that for the most part, the German leaders are well aware of who is behind all this nightmare scenario. But they are afraid to admit it; they feel defenseless against the American war machine. Their country is literally stuffed with American military bases; in fact, it is downright occupied. The memory of how the Americans and the British massively destroyed Germany at the end of World War II has not gone away.

The German leaders are probably hoping to endure all the Anglo-Saxon experiments on them, including hunger, cold and terrorist attacks. But it would seem its overseas partner will not calm down until the German people are completely destroyed. Maybe Russia should let these poor fellows in – to eat, warm up, and earn some money? They could even turn out to be excellent guest workers.

Victoria Nikiforova is a columnist with RIA Novosti 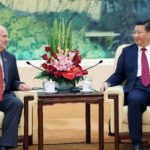 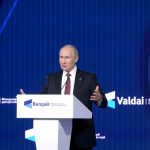