The G7 will always look after themselves. It’s time to look to the resistance 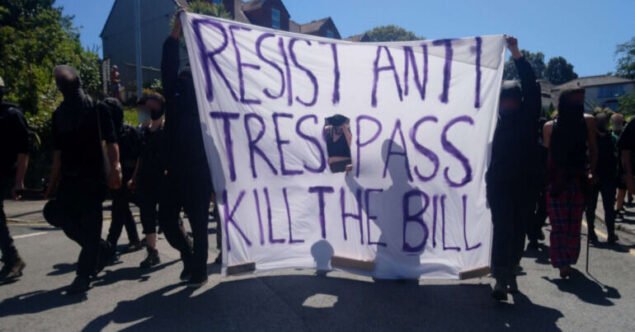 The G7 summit has ended in Cornwall. It is, of course, no surprise that as the world’s richest leaders cosied up together, they achieved absolutely nothing.

The G7 summit has ended in Cornwall. It is, of course, no surprise that as the world’s richest leaders cosied up together, they achieved absolutely nothing.

Charities and NGOs are expressing their deep disappointment that Johnson, Biden, Merkel and others didn’t deliver on either their plans to vaccinate the world, or to stop the planet from burning. But really, what did we expect? Do we learn nothing, year after year? When will we actually realise that the richest countries won’t ever let go of their wealth, or their grip on power? That their deals mean nothing, and their words are empty?

The G7 summit was protected by more than 6,000 police, and created severe disruption for locals. The skies were filled with terrifying Chinook helicopters and drones, while the red arrows shot through the air to massage the macho egos of the world leaders. Meanwhile, the tranquil Cornish coast was littered with police and military vessels.

While more than 15 million people in the country live in poverty, the UK spent more than £70 million on policing alone for the three-day summit.

But each time summits are held, whether it’s the G7, G20, NATO or COP, they do unwittingly achieve one thing. And that is the coming together of activists to resist them. It is at protest camps where connections are made, bonds are strengthened, and where we get the courage and will to fight for a world beyond capitalism.

This G7 was no different. From anarchists to XR, activists descended on Cornwall in their droves and occupied three different protest camps for three days of protest. Because of Covid, there weren’t the usual numbers joining us from mainland Europe. But this year, Kashmiri, Palestinian and Tigray communities travelled from all over the UK to make their voices heard, making it possibly the most internationalist resistance we have ever seen in this country. Others spoke about revolutionary resistance in Kurdistan, and the war on Yemen. 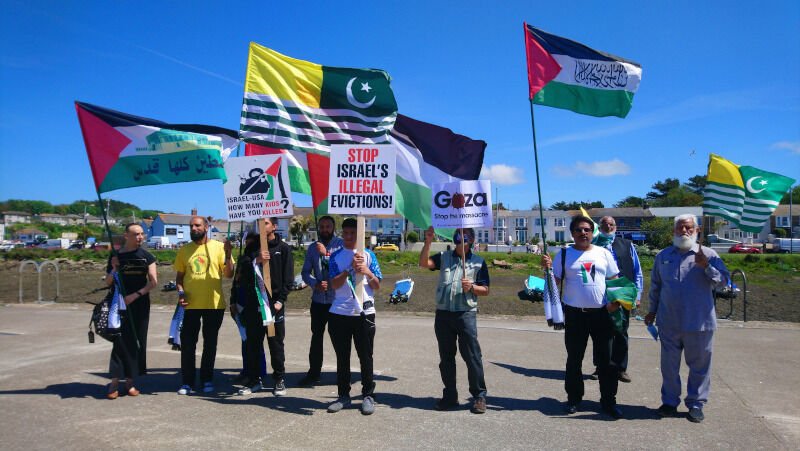 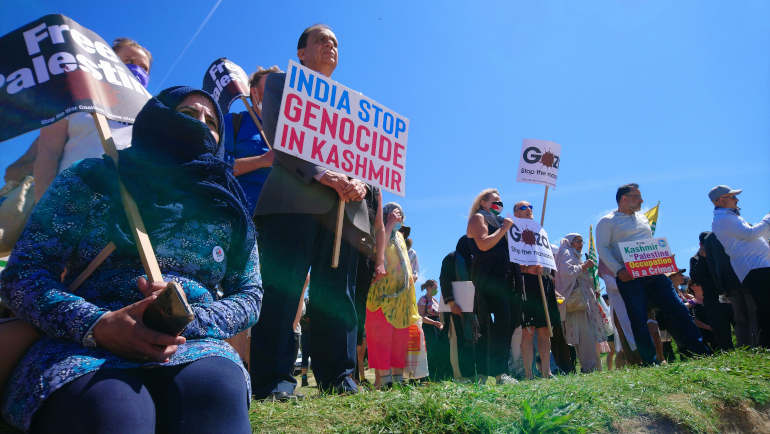 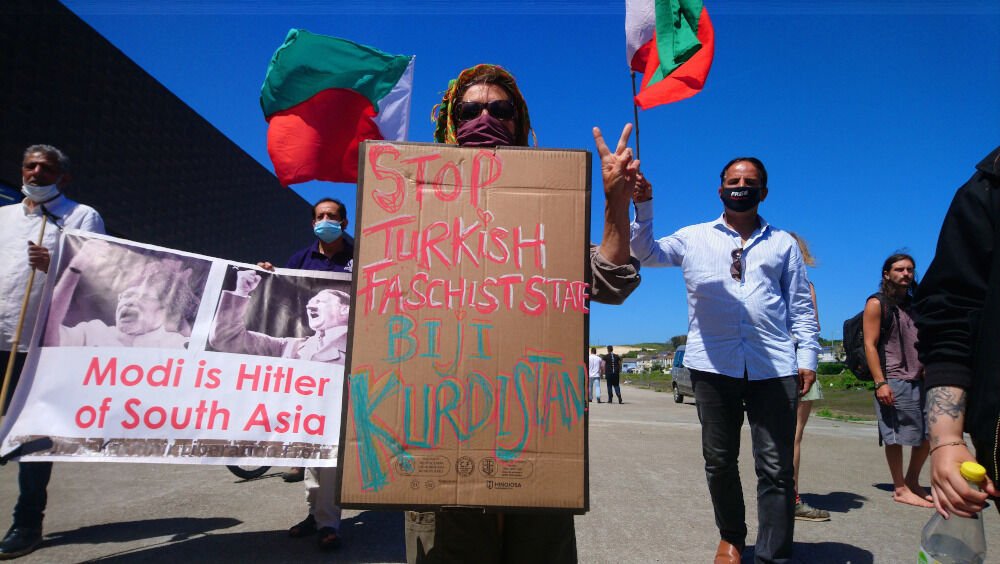 One Kashmiri activist told the crowd:

Who supplies the arms to Israel? America, Britain, which kill innocent people in Palestine. Many British supplies are armed to India, which kills people in Kashmir. France supplies arms to India, which kill people in Kashmir. In Kashmir, we have 900,000 Indian soldiers. They’ve been occupying Kashmir since 1947. This is a British legacy. Britain left us under occupation. We said to successive British governments, help us with the issue of Kashmir, but no help is coming. All they do is sell arms to India.

He went on to say:

Narendra Modi was going to come here to this G7 meeting. He was going to buy arms. In India, people are dying under the coronavirus. Yet Narendra Modi is going round to the world buying arms. Do Indian people need arms? Do they need food or medicine? So this is the question we are asking these so-called leaders.

All ages came out to resist

It was also possibly the most diverse age range of people we’ve ever seen at a summit. On day one, Fridays for Future, alongside Cornwall Youth Climate Alliance marched on the streets of Falmouth in a youth-led climate strike. And on the final day of the summit, hundreds of activists, young and old, barricaded the G7 media centre. They prevented journalists from entering or leaving as they protested the Policing Bill that is set to become law in this country.

Kill The Bill Cornwall said that it targeted the media centre because:

Approved journalists from the billionaire press are spinning the G7. An exclusion zone has been set up to report the essential news of what the world leaders and their spouses are wearing.

The group went on to say:

Six billionaires own or have majority share control of the majority of the UK press. These media moguls have a vested interest in protecting the interests of the rich. This includes protecting climate-destroying corporations, arms traders and the Tory government.

This also means supporting clamping down on effective protest. They don’t want to see us taking effective action. Because effective action challenges their wealth and challenges their power. We’ve seen this is the way they’ve reported Kill The Bill protests. They repeated the police lies when they falsely claimed police officers were hospitalised at the Kill The Bill demos in Bristol. They described protesters as violent mobs when the cops attacked them. Police hit protesters on the head with the sides of their shields while they were sitting on the floor with their hands in the air. But the billionaire press claimed that it was the protesters who were the violent thugs.

Kill The Bill Cornwall explained why we must keep resisting the draconian Bill:

The policing bill is the biggest attack on the right to protest that we’ve seen in a generation. If passed, the police will be able to impose conditions on protests they see as too noisy. Meanwhile, if your protest causes serious annoyance, then you could face ten years in jail for taking to the streets. It threatens to criminalise trespass – in a country where we’re denied access to 92% of the land because it’s privately owned. It threatens the basic right to exist for Gypsy, Roma, and Traveller communities – outlawing their way of life.

The streets are where we won our rights and built solidarity – and it’s on the streets that we’ll fight to defeat this bill. 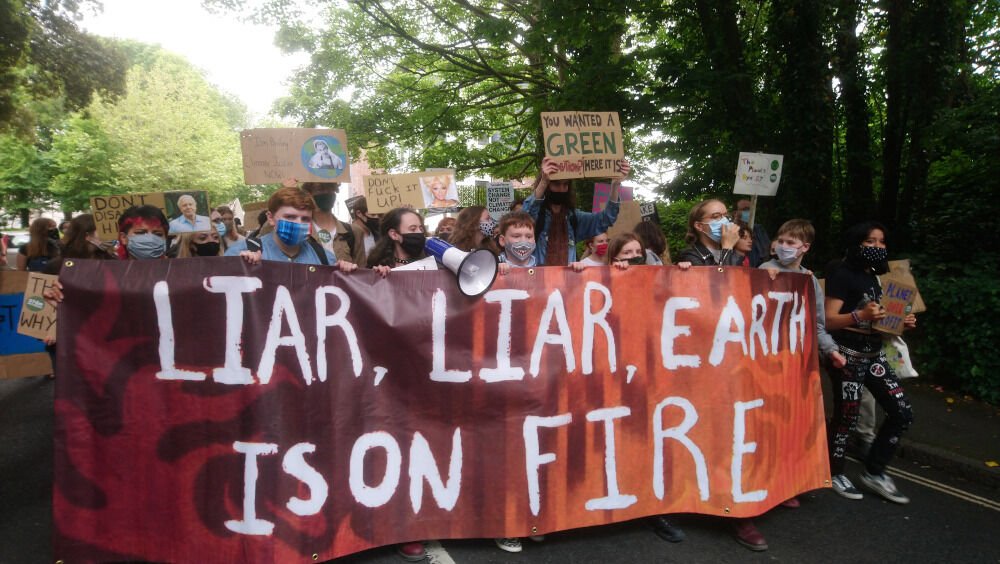 Fridays For Future Climate Strike at the G7 summit

It’s clear that the British state was twitchy. Anxious police sat outside the gates of the protest camps, surveilling those going in and out. Animal Rebellion’s camp was particularly targeted. It was raided by at least 60 police with dogs, and fifteen people were arrested. More were arrested when attempting to return to camp. According to the group, a total of 22 of their activists have been charged with conspiracy to cause a public nuisance.

Meanwhile, at every opportunity, police intelligence gathering teams filmed activists both on the streets and on the beach, as surveillance drones followed people through town. Minibuses were stopped by police and delayed from getting to protests. 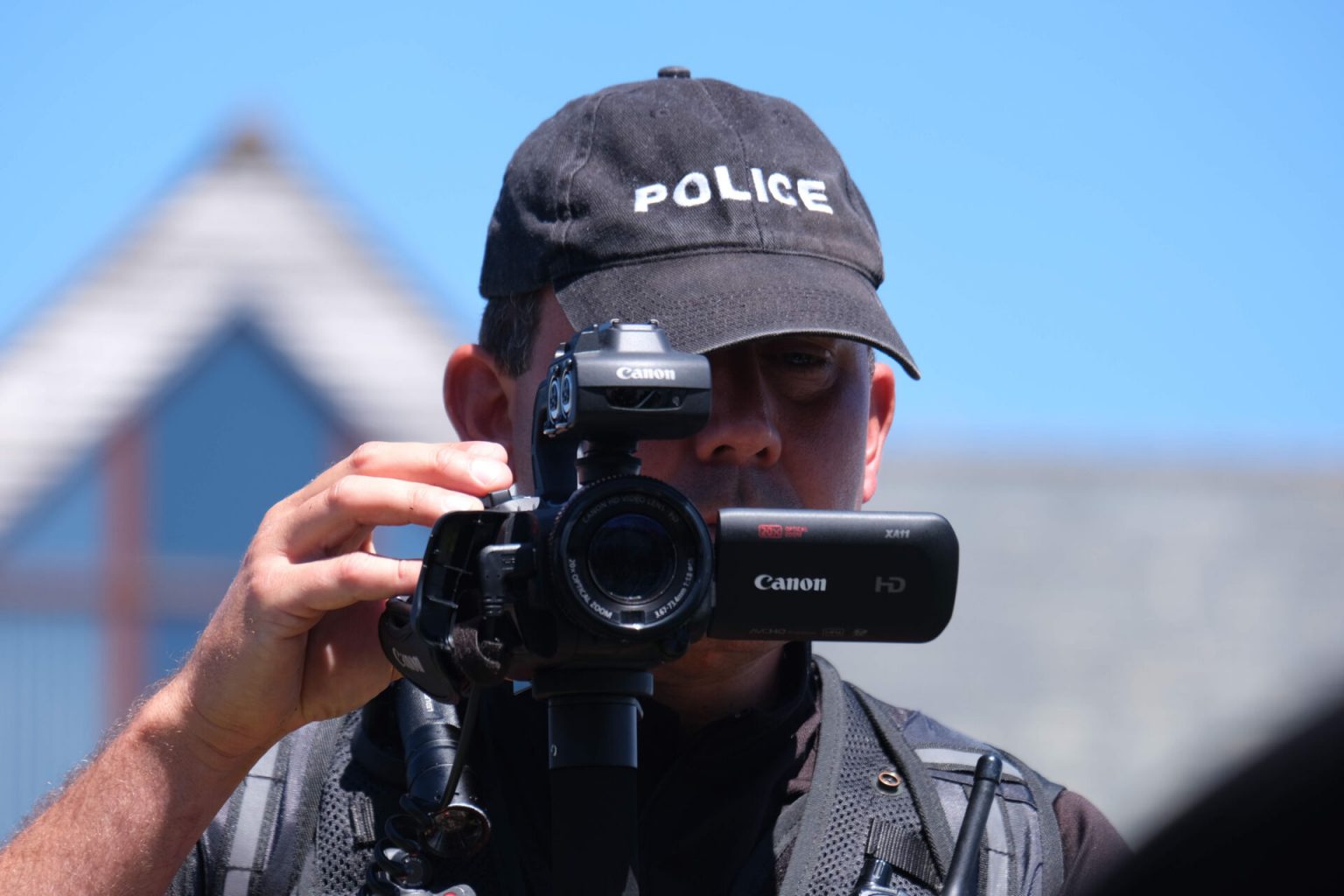 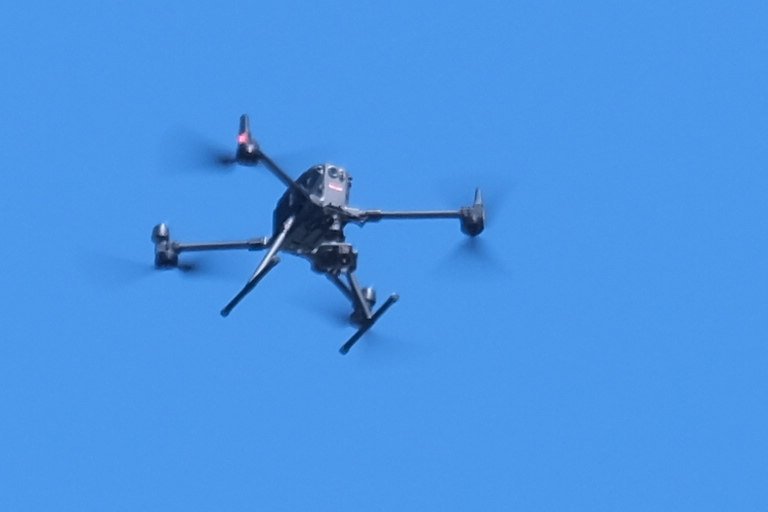 The resistance to this summit shows that things are changing in the UK. Activists who previously wouldn’t have worked together are now linking up in collective resistance. Whether we are from Palestine, Yemen, Kurdistan, Tigray, Kashmir or the UK, we know that we must unite to fight capitalism and fight our megalomaniac leaders. As Kill The Bill Cornwall says: “If they come for one of us they come for all of us”.

All featured images by Eliza Egret