Biden is making a last-ditch all-out effort to shore up the hierarchical power structure of the world with US at head, warns JENNY CLEGG

G7 meet in Cornwall. The United States is back. The world’s richest nations are once again to take the lead.

The humanitarian disasters that are their responses to Covid are brushed aside; the last 20 years of failed wars and financial crises, forgotten.

Billed as the most consequential G7 summit in 20 years, this is the platform for Joe Biden’s global launch of his new cold war on China.

The G7 group — France, Italy, Japan, Britain, the United States, Germany and Canada — came together on an informal basis to manage the global economy against challenges, for example from the 1970s Organisation of the Petroleum Exporting Countries (Opec) oil shocks.

These advanced industrialised countries, though only 10 per cent of the world’s population, made up 80 per cent of world GDP.

However as developing economies grew, concessions had to be made: Russia was admitted (on a limited basis only) in 1997 to form the G8; then some countries from Africa, Asia and Latin America were invited to attend the summits and the G20 including China, India and other large developing countries was formed in 1999.

However, when the 2008 financial crisis broke and the world economy faced meltdown, the G7 ducked out, handing over responsibility to the larger grouping — and especially China — to get out of the mess.

Since then, with the G7 dwindling to a 40 per cent share of world GDP, its legitimacy and credibility have been increasingly challenged by the G20, representing 80 per cent of global GDP and two-thirds of the world’s population.

The US was to find it difficult to corral the other G20 members against China’s economic “manipulations.”

The G7 then began to big itself up as an ideological community, defending democracy and upholding human rights.

However its summits were notable for little other than the expulsion of Russia over the Ukraine in 2014.

Even to Western eyes, the grouping appeared a “hopeless relic of a bygone era.”

In 2020, president Donald Trump called it a “very outdated group of countries.”

Now suddenly the G7 is back. So what changed?

Within weeks of assuming his presidency, Biden was to state categorically, regarding predictions of Chinese world leadership: “That’s not going to happen on my watch … If the West doesn’t unite to make the rules for the 21st century, China will.”

Where Trump succeeded in bringing China in from the margins to the centre of US security concerns, Biden is making it his mission to shift opinion among US allies and friends to view China as an existential threat to the entire world.

The G7 now is to form the heart of a collective effort to stop China’s rise at the behest of Boris Johnson who, to earn his stripes as Washington’s most special ally, has invited “like-minded” democracies — India, South Korea, South Africa and Australia — to join the summit.

That anyone could believe the purported aims of the meeting — recovery from the Covid pandemic and preparedness against future pandemics; trade and world economic recovery; and climate change — would be properly addressed without the inclusion of China beggars belief.

Rather, the intent of Western leaders is to show they can do “far better than the autocrats in Russia and China.”

However their headline-grabbing gestures promise more than they deliver — a pledge of a billion vaccines for developing countries whilst still blocking the Trade Related Intellectual Property Rights (Trips) waiver; a global corporation tax that is full of exemptions and loopholes for the financially savvy to exploit; a ban on international funding for coal-fired power stations but no sign of ending subsidies to the fossil fuel industries.

New proposals to support high-quality infrastructure investment look to outshine China’s contributions to global development through the Belt and Road Initiative, while the “Wuhan lab theory” is floated to manipulate discussion of the pandemic.

The cold war mission of the summit came clear at a meeting of G7 foreign ministers in May which expressed concerns over tensions in the Taiwan Strait as well as “the negative pattern of Russia’s irresponsible and destabilising behaviour.”

The Cornwall meeting is in fact the start of a process to redesign the way the world is run to fit the future of “great power competition.”

This, according to the US cold warriors, demands not just the co-ordination of policy but proactive measures in particular to address the challenges posed by China.

Drawing in other democracies in a flexible way, the G7 is to be recast as such a mechanism to manage the rules-based international order to hold China “accountable for violations of international law,” and to restrict its economic and technological engagement with others.

Much of the work of the summit takes place in private conversations and sideline meetings with invitees.

It is here that the pressure is piled on to find China guilty of human rights abuses (Xinjiang) and violations of democratic freedoms (Hong Kong).

But to really be effective such a “steering mechanism” requires a military component.

And most significantly Johnson’s selection of invitees to Cornwall provides the opportunity to bring the Indo-Pacific Quad — Australia, India, Japan and the US — together with the major Nato allies.

The Biden roadshow will then bowl on to Brussels for the Nato summit followed by the US-EU summit to extend the “major power” revamp into the world’s largest military alliance as well as the transatlantic relationship.

From this, Biden intends to bring as much pressure as possible to bear on Vladimir Putin so as to weaken the Russia-China partnership.

The precedent for this re-styling of Western world leadership lies in the “coalition of the willing” that launched the war on Iraq in 2003, circumventing the UN.

Likewise, a new grouping of “like-minded democracies,” set up to serve as judge, jury and executioner in co-ordinated policies and actions to deal with China, will surely sideline the UN altogether.

But Russia and China are making a stand. Russia’s Foreign Minister Sergey Lavrov has countered the West’s goal to develop its own rules “in closed, non-inclusive formats, [to then be] imposed on everyone else,” pointing out: “The United Nations must serve as the key platform for co-ordinating efforts: it is the backbone of the modern global order, where all independent states are represented.”

At the same time, China’s Foreign Minister Wang Yi, calling for the need to pursue equity and justice, not bullying or hegemony, stated: “International rules must be based on international law, and must be written by all. They are not a patent or a privilege of a few. They must be applicable to all countries, and there should be no room for exceptionalism or double standards.”

As with past G7 summits, the Cornwall gathering is an opportunity for protest over global inequality, climate justice and war spending.
Certainly, the richest nations should bear the largest share of the costs in tackling the world’s problems.

But this is no longer simply about the global North versus the global South.

Why is it that, when faced with problems of the utmost urgency, the G7, instead of taking concrete action around a unifying agenda to boost the global recovery, seeks to deepen dividing lines and disrupt international relations?

Biden is making a last-ditch all-out effort to shore up the hierarchical power structure of the world with the US at its head.

It is by no means certain that other democracies are so like-minded about this race for global supremacy.

Protests should question the fundamental legitimacy of the G7. The route to global equality lies through the UN — that is the place where decisions that affect the whole world should be made. 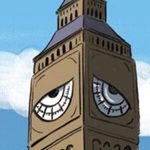 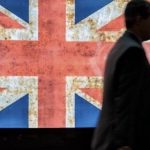 Britain is a Parasite on Other CountriesBoris Johnson, Britain, G7 summit, Patrick Cockburn