By New Cold War
Posted March 15, 2021
In Economic Sanctions as Collective Punishment, En Español, Venezuela
The Dirty War from the US against Venezuela, Bolivia and Mexico on Facebook: a new Operation Condor?2021-03-152021-03-14https://newcoldwar.org/wp-content/uploads/2020/05/2020-NCW-Logo-New.pngNew Cold War: Know Betterhttps://newcoldwar.org/wp-content/uploads/2021/03/the-dirty-war-from-the-us-against-venezuela-bolivia-and-mexico-on-facebook-a-new-operation-condor-e1615737707706.jpeg200px200px 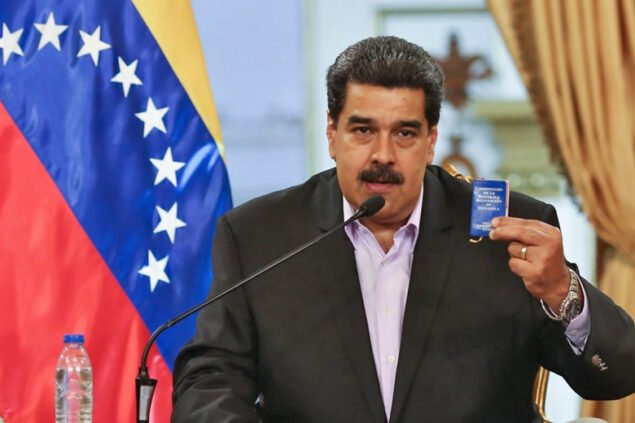 In the Article, Luis Gonzalo Segura warns about a coordinated disinformation campaign in Social Media against the progressive governments in the region in which an American company named CLS Strategies is directly involved.

Published on No Sanctions Against Venezuela, Mar 11, 2021

Facebook profiles of Venezuelan, Bolivian or Mexican media, civil organizations, political parties and followers reported against the governments of their respective countries. It was all a lie. A media trap that emerged from the very insides of the United States, from its capital, from a company close to the White House with which the North American Empire sought to favor its interests. They are none other than the opposites of the majority of Latin Americans.

Facebook has deleted 55 accounts and 46 false Instagram pages, as well as 36 profiles linked to the North American company CLS Strategies -based in Washington- that pretended to be local pages from Mexico, Bolivia and Venezuela, with the intention of confusing and mislead citizens. In total, the company spent 3.6 million dollars tricking more than half a million people into following at least one of its fake pages, which presented the appearance of civil organizations, news media, political parties or political supporters.

These pages spread or followed messages that showed disapproval from supporters of the progressive governments of Nicolás Maduro and Andrés Manuel López Obrador, and sent an image of government chaos. The objective was none other than to weaken or overthrow them, the same objective of the United States in the past and still today. It is no coincidence, because the truth is that by spreading discouragement in the progressive sympathizers and offering an image of chaos, they really managed to weaken the governments of the left through highly studied and planned currents of opinion.

The owner of the company CSL Strategies, Juan Cortiñas, not only did not deny such information, but also issued a statement in which he confirmed the essence of it: “CLS has a long tradition of international work, including on social networks, to promote free and open elections and opposing oppressive regimes, and we take seriously our commitment to adhere to the rapidly evolving policies of Facebook and other social media platforms.”

In the case of the consultancy firm, by “promoting free and open elections” and opposing oppressive regimes, it can be understood as supporting coups, such as the one perpetrated in Bolivia against Evo Morales, and the attempt to weaken Nicolás Maduro in Venezuela and López Obrador in Mexico.

In fact, the Bolivian Government itself has confirmed the hiring of the company CLS Strategies, whose work on social networks has focused on manipulating public opinion, although the official statement from La Paz states something different: “Contacted in December 2019 to carry out a lobbying task in search of support for Bolivian democracy, after the electoral fraud of October 20, 2019, and in support of the holding of new presidential elections.”

In addition, in the statement issued by the Bolivian Ministry of the Presidency, the connection with Washington is admitted, as it affirmed that CLS Strategies “made contacts between Bolivian government authorities and officials of the United States Executive and Congress, and the report of the activities were made as required by US law”.

In other words, the Bolivian government links CLS Strategies with Washington and the contacts that this company provided in the United States.

I would say that it was the United States Government that provided the Bolivian Government with the CLS Strategies contact, but in any case, the connection is real. And I would say it because it would be good to remember that on November 27, just a few days before the company’s hiring, which became effective on December 5, relations between Bolivia and the United States were reestablished. It seems too short a time window for a contract of this nature.

However, the Bolivian Government denies that this company was hired to misinform and deceive the public, and that it was paid for it, but in this case it is not necessary to admit this issue, since mid-August several media outlets have published that CLS Strategies received $ 90,000 for a three-month contract, beginning December 5.

Be that as it may, the scandal in Bolivia has taken on such a dimension that Sergio Choque, president of the Chamber of Deputies, stated: “We have to use the legislative instruments: first, make a request for a report in writing to the President and, later, if needed, a request for an oral report.” They will implement actions to investigate the de facto government for the creation of the disinformation network and for the crimes that may have been committed, since the Administration of Jeanine Áñez would have used public resources for purposes that are not only immoral, as can be deduced from misinformation and deception of citizens, but also in favor of their own administration.

There is no doubt that disinformation, essential for the manipulation of citizens, has become a weapon of great power. A weapon that the United States has used and uses without any shame. We all have in mind the Cambridge Analytica scandal on Facebook itself, a company that psychologically manipulated voters during the 2016 elections, in which Donald Trump was elected.

Therefore, it is not surprising that the objectives of this manipulation campaign have been the governments of Mexico and Venezuela, which there is the intention to erode and overthrow, as well as the government of Bolivia, resulting from the coup d’état perpetrated by Jeanine Áñez, to which it intends to reinforce. A whole new ‘Plan Cóndor’ to dominate Latin America again.

The United States would never renounce the use of military force to overthrow a government, a proof of this is what happened in Bolivia during 2019 or the botched works perpetrated in Venezuela to overthrow Nicolás Maduro; Nor to support it if it is interested, let’s think about the repression imposed in Ecuador or Chile, during the past year, but if it can trick citizens into doing its dirty work, it will. Make no mistake about it, it already does.

Luis Gonzalo Segura is a former Lieutenant in the Spanish armed forces. Member of the military since 2002, he had been in charge of a telecommunications center for the Army and was sent to Afghanistan in 2012. Expelled in 2015 for denouncing corruption, abuse, and anachronistic privileges. He is the author of The Black Book of the Spanish Army (2017), and the novels Red Code (2015), and A Step Forward (2014). He regularly collaborates with the digital newspaper Público, Russia Today, and the magazine El Jueves. 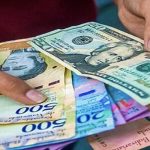 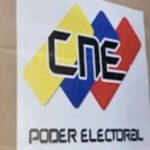 The Venezuelan People are the Descendants of the Liberators of a ContinentLatin America and the Caribbean, Venezuela